Why Don’t Men…? 5 Secrets About What Men Think

If there’s one thing I know, it’s that women love to learn why men do the things they do.

After all, having a window into a man’s world tells you all the things you want to know.

And it might even give away the clues you need to not only get him to do what you want him to do, but also create a better relationship.

This time, I want to explore the reasons men DON’T do what you might like him to do – instead of why he does certain things. I think this will give you a different insight into a man’s thinking. 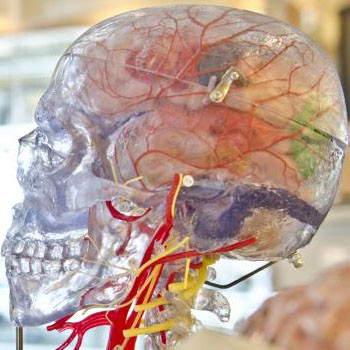 Knowing what holds a guy back is really important, because you’ll also learn a little about how men are being culturally disabled.

(Yes, you read that right. Disabled – and they need to step up and rehab themselves!)

So let’s jump right in with:

First of all, I have to make sure this is clear: Texting is not a way to get to know someone.

Everyone is short on time these days, and we want to do things quickly instead of MEANINGFULLY. 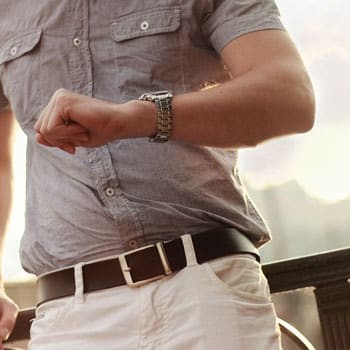 You can lump most guys into this mental bucket, because guys are always looking for ways to reduce the time-suck of daily life.

However, what you probably don’t know is that guys are also always on the watch to make sure they don’t say something that will mess things up with you.

So that’s why they hold back on texting more than the occasional one-word-answers like “ok” or “sure.”

Yes, guys have gotten a little bit wussy in the last couple of decades.

I blame it on not enough strong male role models, too much video gaming, and a ton of confusion created by the media about how men should behave….

Most of men’s behavior is actually programmed in, but they ignore their primal instincts because they’ve been told these instincts are “bad” or “wrong.”

Especially those that enable a man to act on his sexual desires in a sensible way. 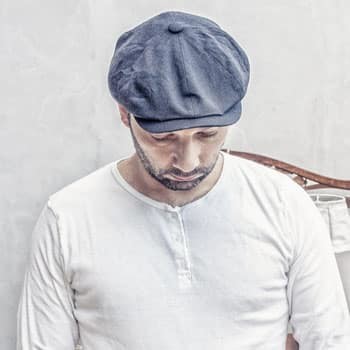 Okay, I’m getting political again. Sorry, but it’s the state of affairs for men that I want women to know about.

So the reasons that men don’t text back usually amount to a few things – fear of messing up their sex life being one of the primary. He doesn’t want to ruin his chances by saying the wrong thing, so he says as little as possible.

Also, men are not as avid texters as women are. Men don’t make a big habit of trivial communication, so he just isn’t as into it as you are.

Ah yes… the eternal question of why men don’t talk about their emotions. Because that’s mostly what you’re asking with this question.

Now, if you asked me why you get wet when you go out in the rain, I’d tell you that rain is water falling from the sky. And that makes you wet.

And you’d think that was a perfectly acceptable answer.

But when you ask why men don’t communicate their feelings, I have to tell you the same thing…

The simple answer is: Because men don’t talk about emotions the way women do.

As my friend Joe used to say, it is what it is.

It’s not meant as a cheeky way to avoid the question. It’s perfectly true. Emotional conversation is not in a man’s nature.

(This is not saying men can’t. More men than ever are able to talk more about emotions, but it’s still a far cry from a woman’s ability to do the same.) 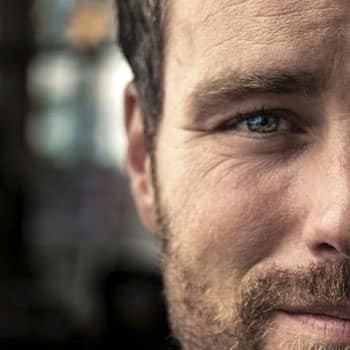 So when it comes to expressing love, most men choose instead to DEMONSTRATE it by acts of love.

Which may not match how you want to feel that same love from him. You might need to HEAR it, and this leaves you wanting more.

Plus, men don’t feel competent at communicating emotions with words. It’s not our native tongue.

And it always makes us feel nervous and weird.

Usually, the best way to remedy this imbalance is to express to him how you would like him to express his love back to you.

“I feel more loved when I can hear how you feel about me from time to time. I know it’s not the way you usually communicate, but if you can find a way to share your feelings about us, it would make me so happy. Even if you just put it in an email, or shared a poem that expresses it.”

Just phrase it in a way that makes him understand that he would be making you happy by communicating like this. Often, this is enough to inspire him.

Men want more than anything to make women happy. It’s programmed into him at a genetic level.

This one I wanted to put in for fun, since it’s a common question I hear asked all the time. 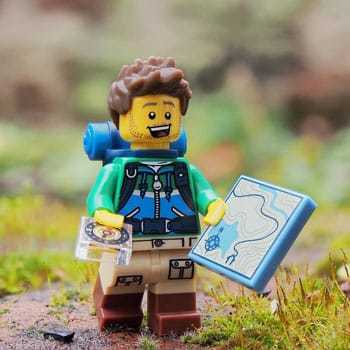 The one answer you’ll hear is that it’s because men have HUGE egos. And they can’t stand not being right about how to get there.

Well, there’s a tiny bit of truth there, but it’s not exactly like that. He does feel a bit of a sting at not being able to navigate without help.

However, there’s more to it.

And when a man is driving you somewhere, he feels that he’s providing for you. If he had to stop and ask how to get where you’re going, this would make him feel inadequate. INcompetent.

He’d feel like he was failing you in some way.

There’s also another reason, and it’s unlikely you’ve ever heard about this:

Men navigate by feel. We often find our way to a location or where we’re going by mental familiarity. 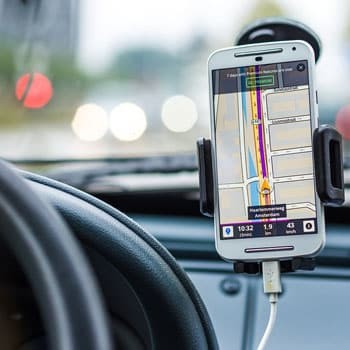 “That gas station? The one that’s a few miles south of route 22? Just past the Best Buy? Yeah, I know that one…”

So when he’s driving, he will often be trying to FEEL his way there. And he would feel INCOMPETENT if his internal navigation failed him.

So he’ll definitely fight you on stopping to ask for directions in favor of feeling like he got you there himself.

Ironically, I don’t hear this complaint as much in the age of smartphones with map services on them. So feel free to suggest he turn on the app next time.

Yeah, this one I’m right there with you on. Guys need to step up and put some sweat into creating a loving experience for you on the date.

It’s really frustrating when you’re talking to this new guy you met, he finally gets around to asking you out, and you ask him what he wants to do.

And he replies with: “I don’t know… what do you want to do?”

Uh, are you kidding? 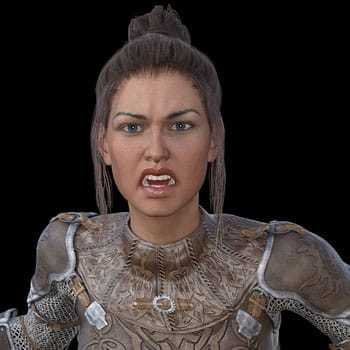 You want him to demonstrate his romantic interest in a tangible way. And you’re right to want that from him.

Plus, you might feel like suggesting something too expensive would make you look bad. But you also don’t want to short change yourself by suggesting a movie.

There is an easy way to handle this, and it’s ages old: The man makes the plan, and then he asks for your input.

This gives you the ability to throw some feedback out there, and he can be sure he’s doing the right thing.

Next time a guy drops the ball on doing this for you, you say: “You know, I’d really love it if you came up with something cool to do. It would make me happy, and so excited for that date.”

Again, just letting him know what would make you happy is often enough to get him to man up and do the work.

Just remember, it’s also up to you to make sure you express your gratitude for that effort when he does step up and make a fun date for you.

Entire encyclopedias have been written on this one.

(I should know, I’ve written a couple myself – click here to see what I mean.)

The question itself is a bit faulty, though. Because men DO commit.

We commit to our careers, our Friday night drinking buddies, our 1968 Mustang that we keep sinking more money into every couple months.

The answer I can give you is this:

A man will commit to something he feels is a challenge … with a big enough reward for him. 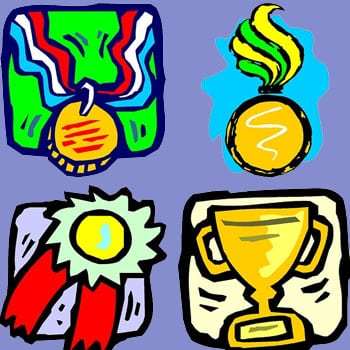 The term “commitment phobia” is batted around as much as “he’s got a cold.” Yeah, every man SEEMS to resist commitment, but the truth is deeper.

And it doesn’t make sexy headlines on trashy websites that just want to make men look like buffoons.

(And since you’re here reading this, I’m assuming you came to me because you want the deeper answer that helps you instead of just making you more pissed off at guys.)

Women have to hold men accountable for their role in the relationship.

A man gets better at being a man because a woman EXPECTS it of him. And when he doesn’t deliver, she compassionately makes him aware of this.

And if he consistently falls short of reasonable expectations of manning up, she moves on.

You simply have to know how to communicate with a man in his inner emotional language.

Guys may operate on a different frequency from women, but that doesn’t mean you can’t “crack” his code. In fact, setting off his commitment triggers is pretty straightforward … if you know where those triggers are.

Men need to have a few key switches in their heads flipped before they even entertain the thought of committing to someone. But once you know how to do this, there’s no turning back. 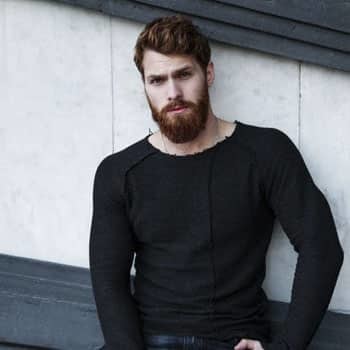 You might even say he’ll imprint on you after you’ve made the right impression on him. It’s a matter of seeing relationships from his perspective to realize what he TRULY wants.

Only then can you remove those inner fears and doubts that are holding him back.

Check out this video about how to make him lose all hesitation and give himself to you 100%.

Commitment phobia in men is, for the most part, a myth: CLICK HERE to find out why…