"Will He Come Back If I Leave Him Alone?"

You're in a breakup - and you want to know: "Will he come back if I leave him alone?"

How do you know if your man will come back to you?

That's a tricky question for a lot of women. If you've felt that ache after he pulls away or disappears on you, you know that feeling.

And then the panic becomes real and palpable when you start to wonder if he's ever going to come back to you. The bottom line is that you want to let him go so that he misses you and wants you back.

You've probably heard other "gurus" and dating advice experts tell you that you should just LEAVE HIM ALONE.

Why do they say you should just give him guy space and leave him alone?

Today I want to talk about whether or not your man will miss you or come back to you if you just give him space. Because you might be wondering if that will really happen.

(Plus - I also want to save you from checking your phone every 5 minutes and slowly driving yourself out of your mind.)

Let's take a look at this, because chances are you're wondering if you can bring him back to the relationship. I can tell you from experience and having been a guy all my life just exactly how you can make that time apart work in your favor.

Let's get started with:

What It Means To Give Someone Space #1: Don't turn into the "Crazy-Ex" Woman

Just about the worst thing you can do is to completely lose your cool and start posting insane things on social media. 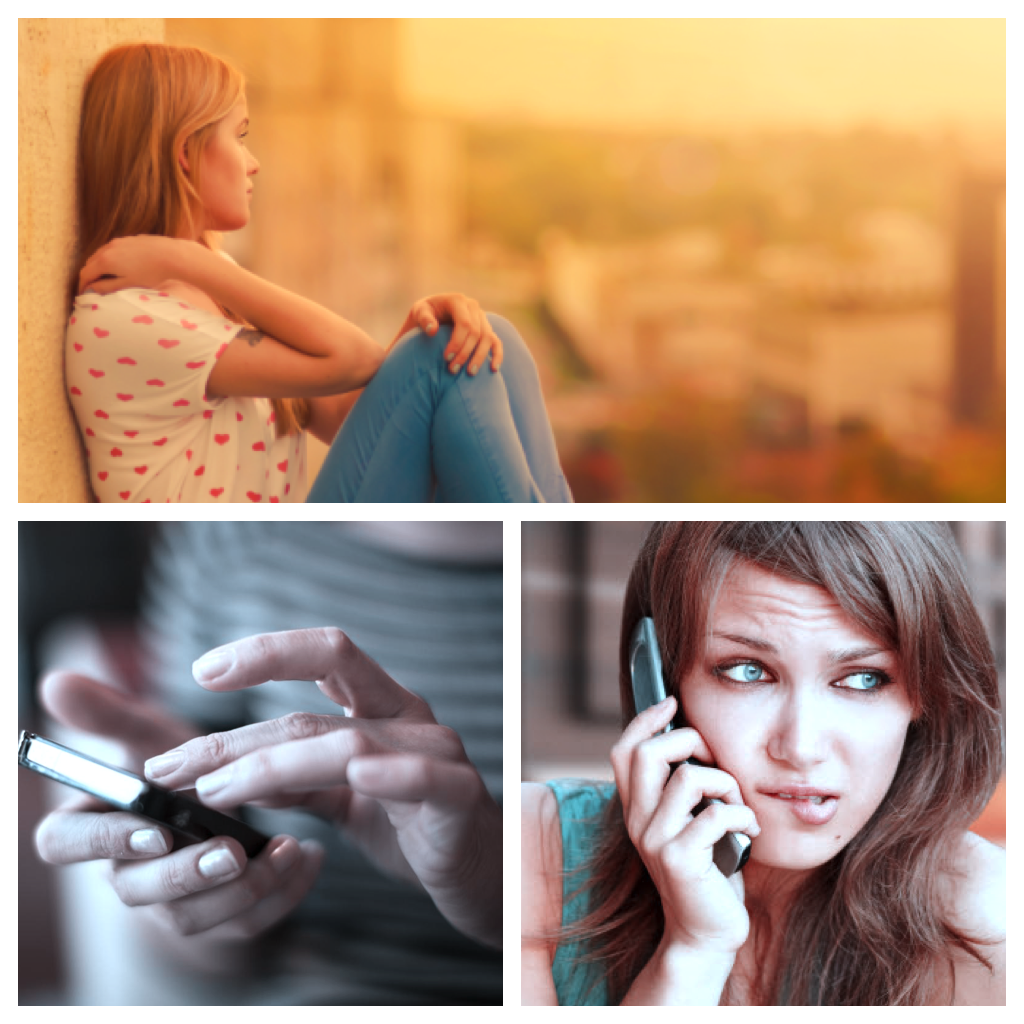 Will he come back?

The fact is that -

"Social media is about the worst thing you can indulge in when this happens." - Carlos Cavallo

How do you get him to come back? Stay cool... Give him his space without any contact.

Some things you should definitely NOT do on social media:

There are other crazy ex things you can do, like showing up at his house unannounced, drive-by's at all hours of the day/night (his home OR office), calling from a "burner" phone to hear his voice, etc. These are bad signs. 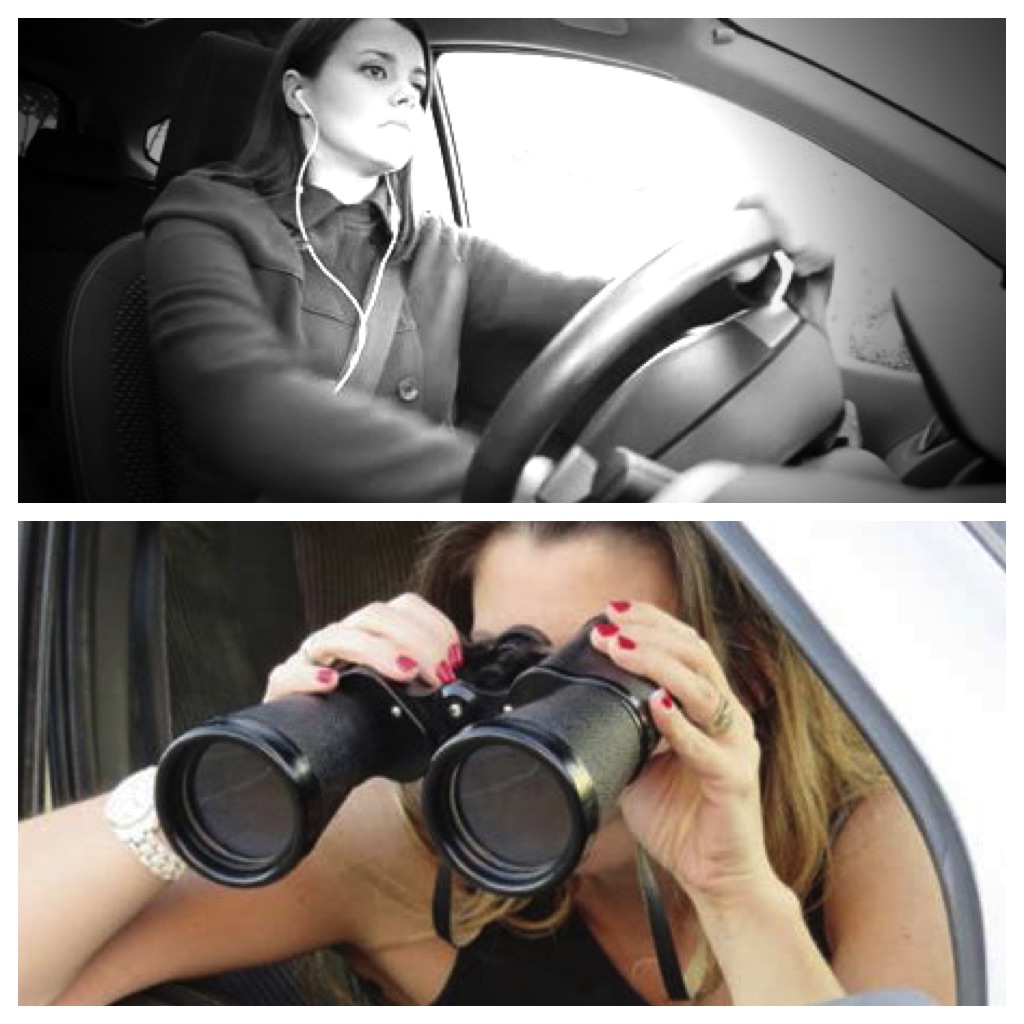 I won't go into the stalker-ish stuff because that's a league beyond this article. If you're ready to do that, I can't talk you down from the ledge, girl.

Just remember one thing from all this - don't post or add ANYTHING online during this time. NO CONTACT!

For one - you'll probably scare him off the rest of the way, thus answering your question if "leaving him alone" works...

For another - you'll be leaving a digital record of your coping skills for him, all your friends, all his friends, and everyone in the world to see.

What Should I Do If He Asks for Space?

First off - Give it to him! If you resist or start getting needy, he'll run away. By agreeing with his decision, you make it more likely he will stay.

What Are Your Chances of Getting Your Ex Boyfriend Back?

EXCELLENT - IF you follow the rest of my advice here.

Recover Your Healthy Relationship Tip #2: Let's Just Be Friends? NOT!

Another tempting option is for you to pull out the "can I just be your friend" card if he should break up with you.

This is an old trick that goes back to 159,435 B.C., when Krog, caveman of bad reputation, told his cave-girlfriend Urgh that he wanted to see other Neanderthals. It didn't work then, either, so don't you go using it now. 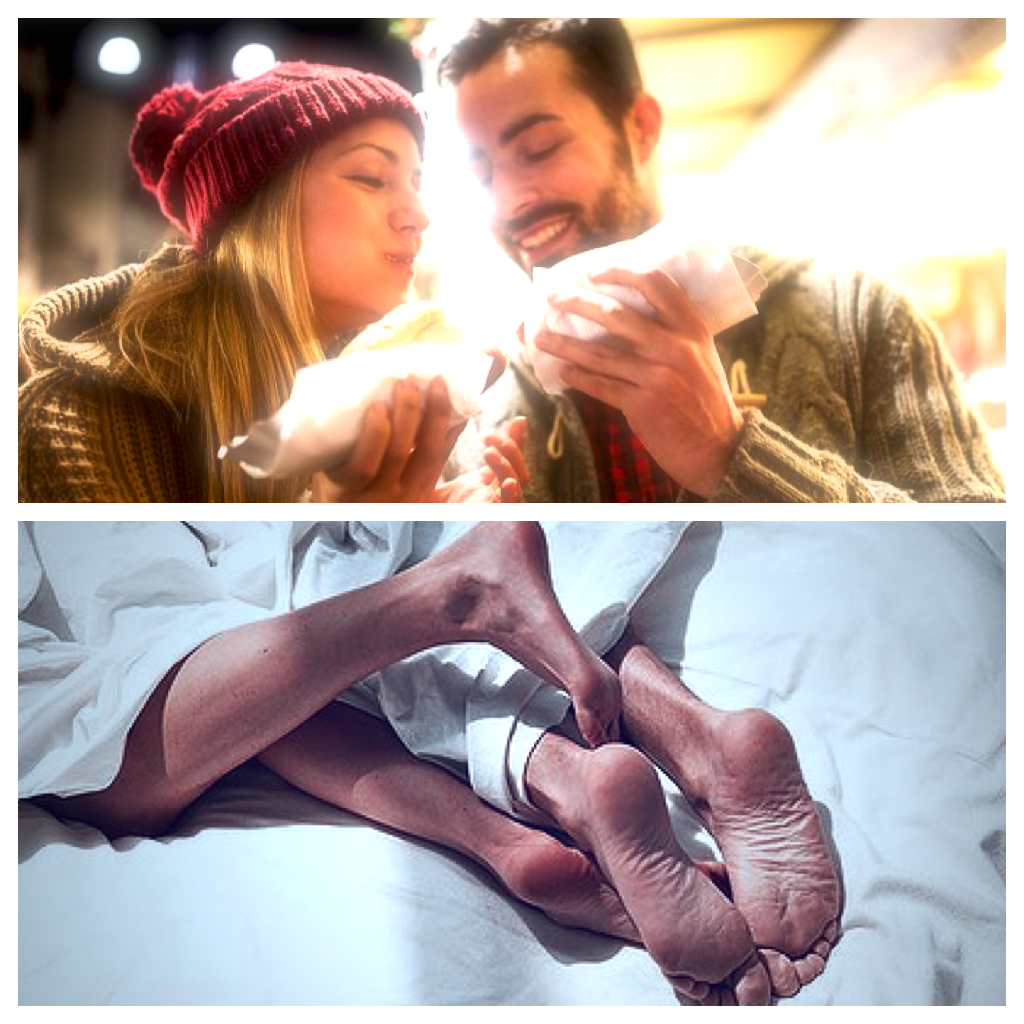 Give him space or you'll find yourselves "Friends with Benefits"...

Asking to stay friends is an obvious trick that every guy knows about. It's basically saying:

"Yeah, that's fine. And I'll just stay here looking desperate. Like I have no self-esteem and just can't get over you emotionally."

That doesn't make him miss you much at all. Except to hit you up for a few booty calls before he starts dating again and starts sleeping with the New Girl.

Trust me on this one: Don't even suggest just being just his friend when that's not what you really want.

When you're in the raw, painful breakup stage, the last thing you should be doing is poking at the reasons your relationship went through the breakup. Which is what you're doing when you set things up for "just friends".

You cannot be just friends with an Ex for at least the first 6 months after the breakup. Or if you're taking some time apart.

It also will guarantee that he will not miss you at all while you take your "break." Because you're still in his life and not giving him that break he needs to remember what you mean to him.

He needs that longing for you to want to come back to your love story!

And besides, you don't want him taking you seriously as just a friend. You're hoping he'll reconsider wanting you for more than friends again later.

How Long Should I Give Him Space For?

You need to start with a MINIMUM of 2 weeks. At least a month is even better.

No Contact Breakup Tip #3: Will Giving Him Space Make Him Fall Out of Love With Me? 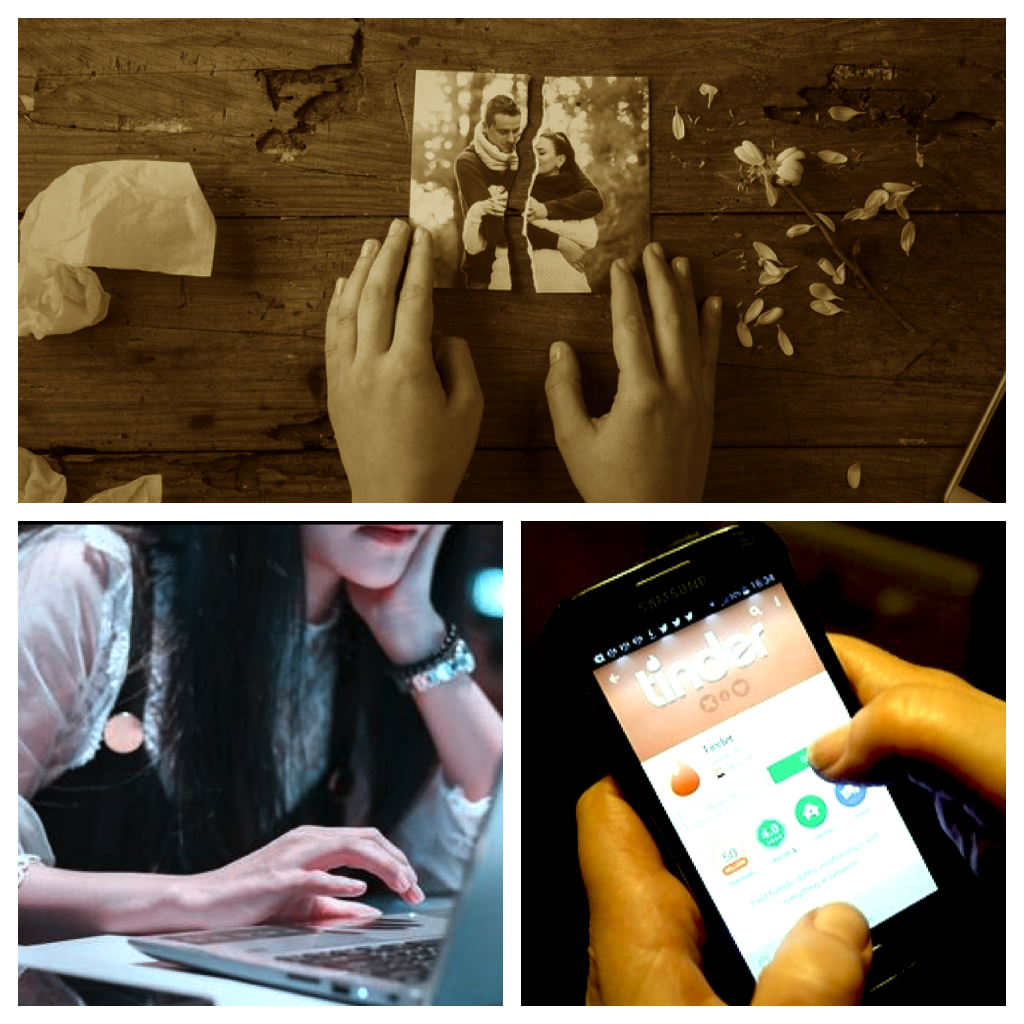 Want him back? Stay cool.

Or they worry that he'll fall "out of love."

But most of the time it doesn't.

And you need to know why this strategy works: Alone time...

Let's say your boyfriend puts your relationship on pause. He wants to take a break, or whatever language he uses to explain the time apart.

The reason he's taking this time is that he's not happy with you. There's something going on in the relationship that leaves him dissatisfied.

Do you know what it is?

Chances are, he's already given you a sign what that thing is. If you ignore it, you might get him back for a second round, but it's probably just going to end like it did before. You can't put your head in the sand and force your relationship to work. 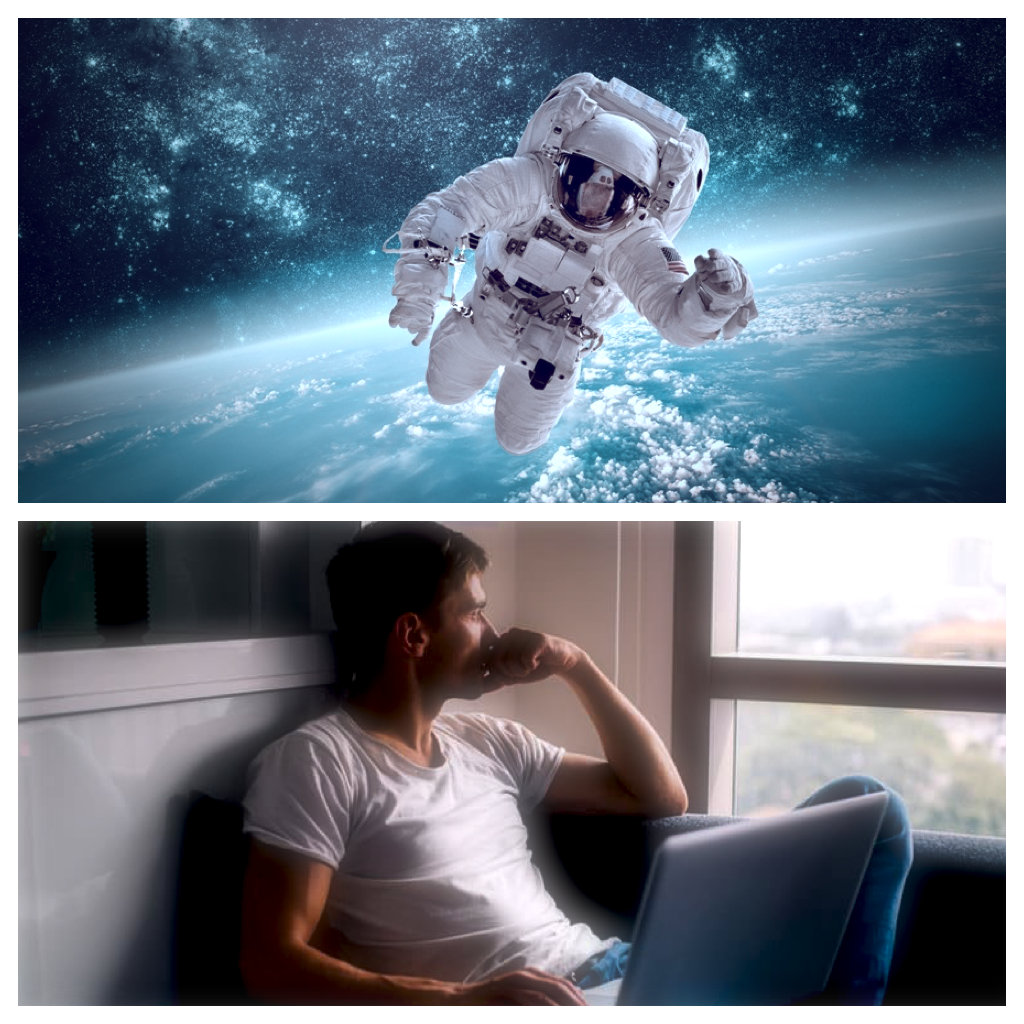 So the point of this whole "leave him alone" thing is two-fold:

Okay, I could've said that last one a little nicer, but it's true. A big part of this time is you taking some time to yourself to get your act together again.

Get to the gym... Get some new clothes... Get your hair done.

Sure, those are quick fixes.

Really - stop dwelling on this guy so much.

(And don't miss my other relationship expert's article on what to do after giving him his space.)

It's really true what they say: If it was meant to be - it will be again. You being a sad wreck of a woman isn't going to help that to happen.

Chances are you spent too much time immersed and lost in your relationship.

Now is your time to come up for air and seriously consider if you even WANT him back. (You might not!) Go back to indulging in the things you liked that he hated. Or all the things you might have neglected while you were knee-deep in love. Like your hobbies, your girlfriends, your family, etc. 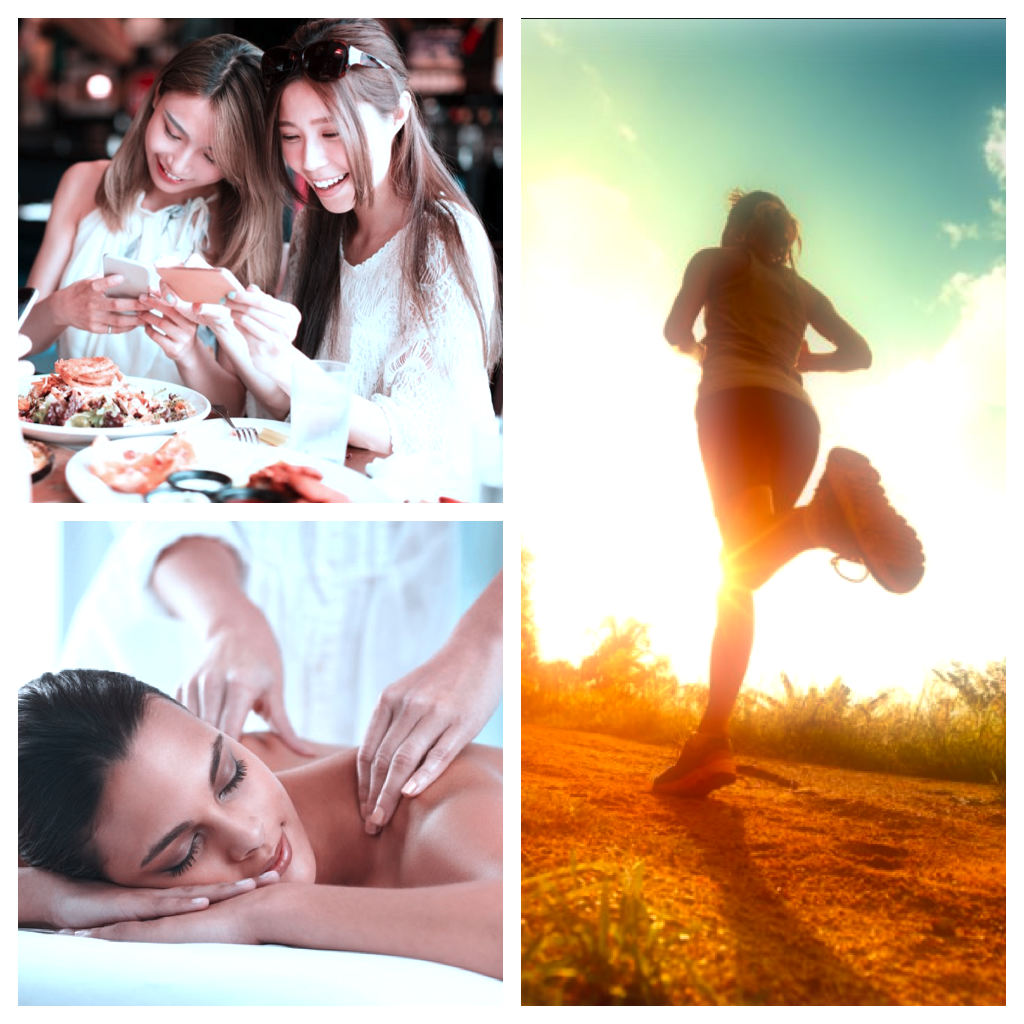 Fall in love with YOU...

Get back to enjoying yourself. This is ultimately the #1 sign that will get him to think about getting back together with you. When you start to move on, he has to start running to catch up to you.

Just like that movie cliche of the woman who's preparing to fly back to Omaha, and then Ryan Gosling comes running to take her back...

You have to take part of that on faith. And then - when it's time - come back to the relationship in a way that will make him want you again.

The secret for doing that is knowing how to talk to men in a way that gets them thinking about you differently...

You can learn more about how to do that HERE... in this free presentation. 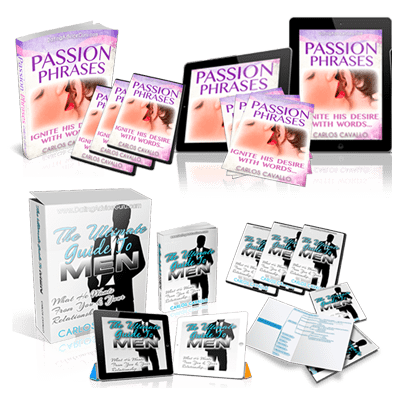 How to Get Your Ex Back