3 Reasons Why Men Won’t Commit To You

There’s a great lyric from an old 80s rock song that sticks in my head to this day:

“When the heart rules the mind, one look and love is blind…” 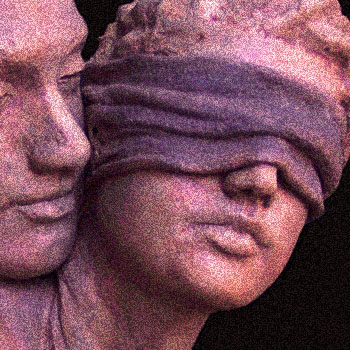 But does the heart ever rule the mind when it comes to men?

Why does it seem like he won’t let his heart win when it comes to committing to your relationship?

There has been so much speculation on why men won’t commit to you, even after he’s fallen for you.

Now I need to put an end to this and explain to you the REAL reason why men won’t commit.

I get tired of hearing all the women’s magazines theories as to “why men don’t commit” that I felt I needed to set the story straight.

Let me ask you something…

Would you ever turn down a promotion and a raise at work because you need to wait for the timing to be right for the RIGHT promotion?

Would you turn down a delicious seafood dinner because you’d rather eat in a half hour? 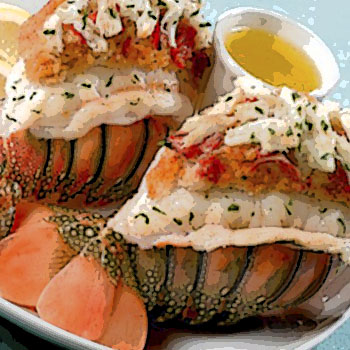 Has there ever really been a “bad” time to drink water to keep yourself hydrated and alive?

My point is this: If something is truly good, you’ll make it work out for you.

If he sees that this relationship is really as great (as it should be for him to commit to you, right?) – if he sees that, would he really deprive himself of having you just because of … timing??

I mean if someone offers you a $250 meal at a superb restaurant, you’d jump on it in a heartbeat. Even if you had just finished supper.

But if it was McDonalds, then maybe you could wait.

Well, maybe you look too much like McDonalds to HIM. (?)

You see, the truth is that men see relationships as being in one of three stages:

If he won’t go from stage 2 to stage 3 with you, he’s into the sex, there’s something about taking it to the next level that doesn’t appeal to him. 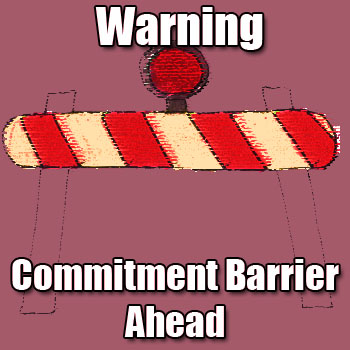 And it’s not a general fear of emotion or commitment, either. I know it confirms many women’s suspicions to believe that all men are broken in this way, but it’s not true.

And if I don’t set the record straight for you, you might never know what really stops you from getting the love you deserve.

You need to know what signal you’re giving off that he’s misreading and fix it so that he sees you as the prize you believe to be.

Well, there is a place where this timing does get in the way. And that’s if he’s in a very particular stage of life.

I’ll explain that one in a bit. Next up is…

MYTH #2 for why men won’t commit: Work is crazy…

Men only give up quality time with their girl for work when work seems like a better way to spend his time.

But the scary thought you might be entertaining is that YOU might be making him feel this way, isn’t it?

You could be afraid you’re pushing him away, and he’s retreating into work. 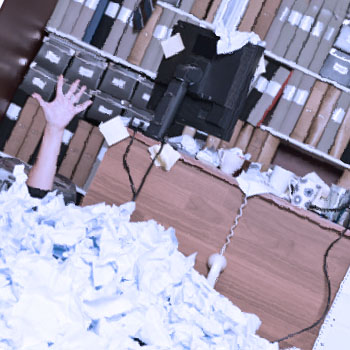 Thankfully, however, this isn’t usually the case.

Human beings usually only spend time on those things we truly WANT to be doing at that moment.

There is a time in a man’s life when his work will take priority over you. Usually when he’s trying to provide for you.

But by far, the most fantastic reason for not committing that I hear is this next one…

MYTH #3 for why men won’t commit: The relationship is so amazing – it scares him!

This one is right up there with the denial reason: “I’m too good for him!”

Otherwise known as: “He doesn’t deserve me…”

Proclaiming that you’re better than him – and that this is a reason he won’t commit to you is ridiculous. And it’s a defense mechanism, not a reason. 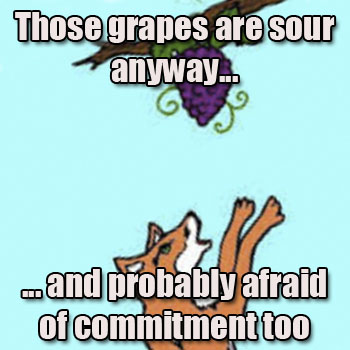 If he didn’t want to date you for any reason, your playing the “I’m going to jack up my self-esteem card” with this kind of reasoning is asking for trouble down the road.

Guys don’t leave relationships because they fall into a pit of despair over how far short he falls from your grace, either.

Men simply don’t deprive themselves of love. He’s not scared of all that love and juicy affection.

What he does fear is settling for an average relationship when he knows he could keep looking for a fantastic one.

You’re a fantastic woman that would make his life something extraordinary – and make him happy for the rest of his life.

But are you *showing* that to him…?

MYTH #4 – Why he won’t commit to you: COMMITMENT PHOBIA!!

After all, if there’s a reason a man wouldn’t want to stay in a relationship with you, it must be because he’s a horn dog with an inability to commit – and deep seated emotional issues that label him as not only immature but as a borderline narcissist. 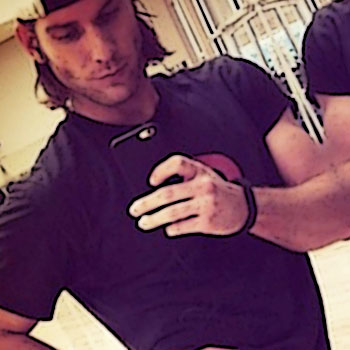 Yes, that was supposed to be sarcastic.

The problem with that whole concept is that it’s just not true. Very few men are “commitment phobic.”

Men don’t fear committing… we do it all the time. From the car we buy to the career we choose, we do commit.

We don’t FEAR commitment, ladies…what we men fear is entrapment and emasculation.

There’s a big difference, and I’ll explain it to you now – as we get into the 3 REAL reasons men won’t – or don’t – commit…

REAL Reason He Won’t Commit #1: He sees a scary pattern.

That scary pattern is – of course – this:

1) He started dating you and things were great…

2) Things got serious, and he was still okay…

4) Then you became someone different – someone not quite as fun to be around – when all you could do is focus on “getting your needs met.”

Not that there is anything wrong with this, mind you. The problem comes up because you put your needs on hold and hid them for too long.

Then you tried to look like the person you *thought* he was looking for: A woman who had no demands of him. 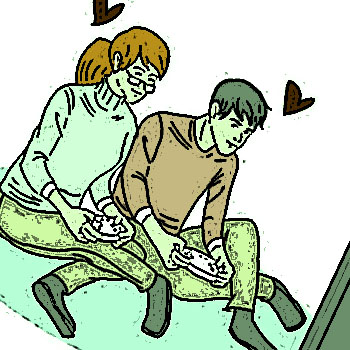 Until you realized you couldn’t play that act anymore, and probably freaked out.

Here’s a little shocker about men: We know you want us to make a commitment eventually.

If we were truly afraid of that, we’d never get married, or jump into relationships in the first place.

We just want you to want US as much as you want this imaginary idea of “commitment.” Don’t chase the status or the engagement ring so much that you forget about the man.

Which leads me to…

Why he won’t make that commitment to you – Reason #2: He’s not falling in love – he’s being PUSHED into a commitment…

When you try to force a man to do anything, he will run in the opposite direction. FAST. 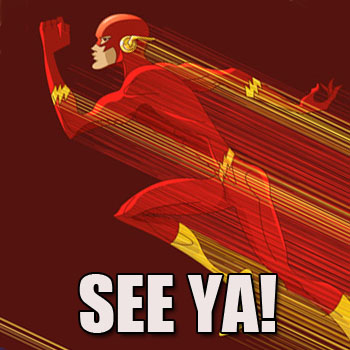 Trying to force a guy to commit puts him under extreme emotional pressure. I get it – you do this because he seems to be taking forever.

But he’s just trying to enjoy spending time with you – not hit some grandiose title of “committed man.”

When a man feels pressured and obligated to do something, he will associate those bad feelings with you, too.

Just take a step back, breathe deep, and realize that the only way to motivate him to commit to you is by dropping the fixation you have with commitment.

Do that, and you’ll actually get that commitment.

I get it – you’re trying to get rid of that nagging sense of insecurity about the relationship.

But guess what? Even after you finally get to the next “official” stage of devotion, you’ll just find new things to be insecure about a few days later.

It’s a hollow accomplishment to seek some kind of “definite” when it comes to relationships, let alone the imaginary state of “committed.”

Look – chances are the guy you’re with is already committed to you. You just don’t know it.

There’s nothing official or binding about the status of “committed.” It’s just an idea in your head.

The only thing you ever have that’s a sure thing is when you’re together and enjoying the time you have with each other. And even that is fleeting.

He will actually want to be in a long-term, exclusive relationship with you if he feels that it’s something you’re on the road to accomplish – not running to catch. 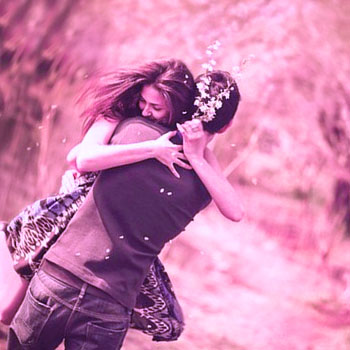 Instead of obsessing over a title or a grand gesture of commitment, focus on enjoying the quality of time you spend with each other.

And now we finally have:

REAL Reason your guy won’t commit to you #3: You’re trying to be the imaginary woman he will commit to…

Most women spend far too much time trying to BE the woman he wants, instead of BEING the woman they are, and then watching to see which men find her attractive.

You’ll never be the perfect Goddess that attracts any and all men to you. It’s a narcissistic delusion to think it’s possible.

But most women know that they can be the woman ALMOST any man wants simply by not trying to be someone else.

As Oscar Wilde once said: “Be yourself. Everyone else is taken.”

He’ll instantly want to lock you in when he sees that – most of the time – you’re the woman that not only makes himself feel good about himself, but you genuinely enjoy him and the time you have together.

No one runs to hide from the person who makes them feel good about themselves. 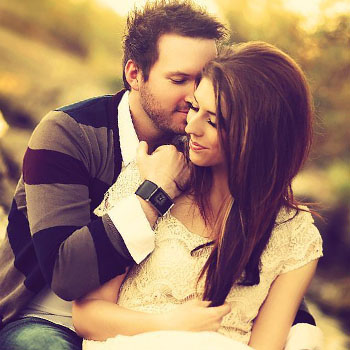 Oh, by the way, here’s the complete lyric from that song I mentioned earlier. I like the final thought that the whole thing communicates – and it’s a good message for any woman:

“When the heart rules the mind, one look and love is blind…
“If you want the dream to last, take a chance … forget the past…”

If you’d like to discover the rules of the heart – and how to rule HIS mind – check out this video on the secrets of being truly irresistible to men.

Once you learn how to activate a guy’s built-in attraction mechanism in his head, his heart won’t be far behind. Then you won’t have to worry about making him want to commit to you – he’ll do that all on his own willingly – click here to find out how.