3 Ways To Get A Man To Commit To You

Have you ever caught yourself fantasizing about your future relationship?

I would imagine winning the hand of the girl I liked most at the time. (This was middle school, but it still counts.) I imagined being the guy that overcame all the obstacles to make her mine.

– He asks you out, and you have that wonderful moment where you realize this guy is a catch…

– Your date goes amazingly, and you start seeing each other at every chance…

– One day, he seems to just “get” you, and you’re feeling this deep connection with him… 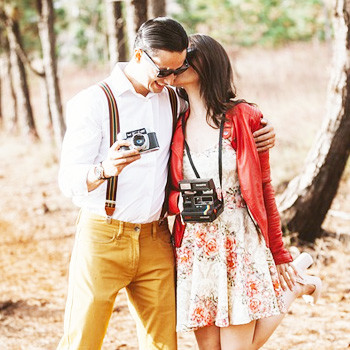 If that seems like a dream to you, maybe because you’ve tried so many times to get a man to devote himself to you…

What a man really wants most in life is to find the woman that makes him a better man when he’s with her.

That’s a key to what I’m about to show you here today.

You can make a man want nothing more than to spend his life with you.

Today I’m going to give you 3 ways to get a man to commit to you.

But first, I’m going to reveal something that stops a man from making a commitment.

It’s the one thing that will make him run from a relationship – and it’s the root cause of almost every broken engagement I’ve ever seen.

The one thing that ruins more commitments and would-be engagements (and sometimes even marriages) is THIS:

Focusing on what YOU need more than on what HE needs.

Oh, I know I’m going to hear backlash on that… but it’s true.

Just as it’s true that MEN need to focus on what YOU need more than what HE needs.

That’s the recipe for a growing and thriving relationship – if you BOTH keep your focus on the OTHER person. 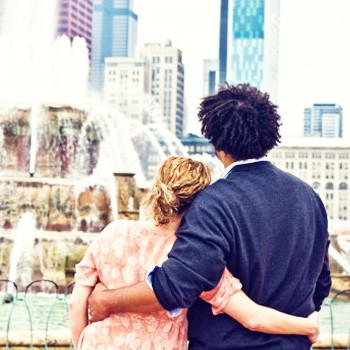 And their needs in the relationship.

Because it will take on its own energy and carry your relationship to the next level.

But let’s get back to the side that you can control: YOU.

Instead of focusing on making him feel joy and excitement and happiness when he’s with her, many women are only fixated on her own worries, fears, needs, and wants.

When you’re consumed with what you’re not getting, you’re not giving. And that’s critical to the health of your connection and your love.

And let me also tell you that the most important part of this is in WHO YOU CHOOSE for your “running mate” in life. Choose the right guy and this becomes easy.

Because if he’s consumed with insecurity and can’t give you what you want, you’ll have an uphill struggle right from the first moment. And no amount of love or commitment on YOUR part can turn that around.

And there’s a simple reason that this works against you – and a simple solution for making him want to make that commitment to you that you desire.

I’ll get back to that in a bit – because now I want to show you a few of the ways you can cast a spell of love and devotion over the man in your life right now.

So let’s dig right into it with…

Get Him To Commit – #1: Give him more choices, not less

One thing I’ve noticed in many relationships is a kind of distrust on the part of one or both people. And it usually starts with the woman thinking that the man will fall into bed with the first woman that flashes some cleavage his way.

So what does she do? She tightens up her grip on him.

She tries to restrict his options, his time, and his opportunities. Because all of these appear to be a threat to her relationship. And then insecurities start to take over.

There’s a great metaphor for this – When you pick up sand, you cup it and scoop it up gently, and you can carry a tremendous amount. But if you grip it in your fist tightly, it slips away between your fingers. 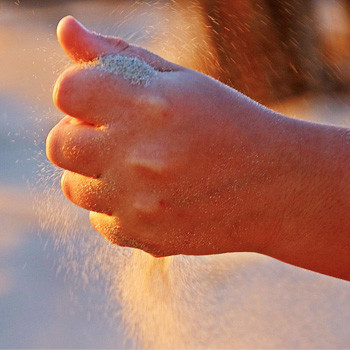 The same is true for love in your relationship.

It’s tricky – because when you feel low, and you need that affirmation that he’s there for you, and then you don’t get it… that throws you into a panic.

It’s like having a small argument – and then he refuses to give you a hug. That’s a high-stakes emotional trigger.

So the best thing for you is to not put yourself in that position.

It’s not something that’s easy for a woman to understand, this need for liberation. But it’s programmed right into him.

It’s not a freedom or permission from you to just recklessly chase women everywhere he goes. (Just an FYI that most men are shy about pursuing women anyway. It’s not something you need to worry about.)

But the really weird part to understand is that the more free he is, the more he comes back to you.

It seems like a total WTF – but it’s true. Jen, my wife, makes it clear that she will give me all the freedom I want.

And ironically the freedom only makes me want to pull her into whatever I’m doing.

So make him feel like he’s not under house arrest, and he’ll be so happy he found you…

Make That Man WANT YOU Forever – #2: Keep the chemistry on “High”

Look, there’s a big reason that men get into relationships in the first place. And yes, that’s for the sex.

Something I explain to my clients is that women CHOOSE sex, and love it.

Men love sex, and NEED it.

It’s the default method for men to connect with women. So remember how important it is to him that he keeps that connection with you.

Keep that chemistry dialed up high and he’ll keep coming back. It’s a given. 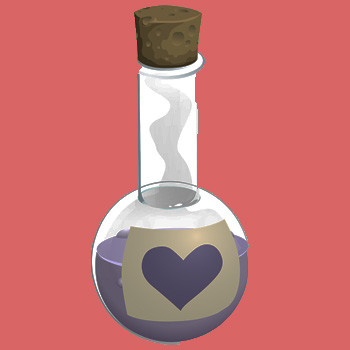 Stay sexy, as I always say.

A man is compelled to come back to you again and again when he feels that sexual attraction that drives him.

Sex is a primal force in men, and it makes them want to nurture and protect his woman when he feels bonded to her in that way. So you need to appeal to his hardwired instincts – it’s a surefire way he’ll stay connected to you.

Make him see how much he’s desired and you’re going to have instilled that “positive forward momentum” I mentioned. Men are just as motivated by being desired as women are.

And your little efforts to stay sexy for him will always make it easier for him to see himself with you for a long time to come:

– A little perfume in a provocative spot…

– A little lower cut on the front of that blouse…

– A little tighter fit in the derriere…

Sex is a powerful force for commitment, so use it for what you need it for most – more connection with him.

Commitment Tip #3: Break through to him

Okay, sex is really the easy part. And this step to commitment is the biggest of the three, in my opinion.

But I also realize that you may feel like this is all you’ve been doing, right? Trying to reach him – break through into his awareness. Feels like an uphill battle?

To break into a man’s world, you gotta show you know what it’s like for a man.

In the last 10-15 years, men have been inundated with female awareness. And it’s been good!

I know that I’m thankful to be aware of all the things women go through on a daily basis.

No, I’m not going to stop appreciating beauty because a few people run around “offended” all the time by the world. But I’m a lot more sensitive about my “manly moments” than ever.

(Again, most people misread genuine visual appreciation as some form of misogyny. Which, folks, it ain’t.)

But men have also been trying to grow up into this same world with women, and have not had a lick of understanding tossed their way. 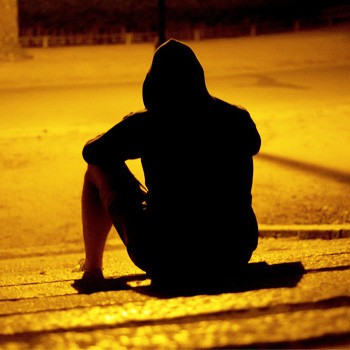 Women remain – in many circles – misinformed or mis-educated about what men think, want, and ARE. I do my best here to tell you the Truth of a man’s experience here – if you care to listen, and I think you do.

So if you want a man to make a commitment to you, do this one thing better than all the other girls swarming him and you’ll always win:

Understand him better than they do! Know what he wants, and show him you’re there WITH him… his ally and his friend.

The truth of these 3 steps I’ve given you to get him to commit is this:

The only thing you need to focus on how to make him see YOU as the source of all his joy and happiness.

Not at the expense of yourself, of course. In a healthy and affirming way.

Because the more we are stuck inside our weak self-esteem, low-self-confidence, and insecurity…

The more we’re stuck there, the less we can give to other people. And they sense that we’re really an energy suck. And that will not win the commitment you want. 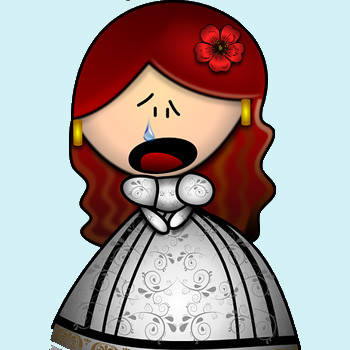 When you’re a genuine source of happiness to a man, he will do anything for you. He will commit to you.

He will commit to loving you forever…

And he will also be loyal to you, no matter what.

Take it from me – a man. I’ve been with my wife for over 10 years now, and I’m more in love with her than when she and I first got together. Simply because she always makes me feel better about me when she’s around.

Make THAT your focus…

And that can be your happiness too!

Commitment is just around the corner, and you might not even know about it.

Here’s something you might not be aware of: men know when it’s time to commit to the right girl.

You see, there’s this Love Law that all men instinctively obey. They almost have no choice but follow it and commit themselves to you when they recognize it for what it is.

However, you’ll need to figure out how to trigger this switch in your guy’s head so he’ll take heed and follow this Love Law.

It’s beyond logic and reasoning, so you can’t talk way your way into his heart, or convince him you’re The One. 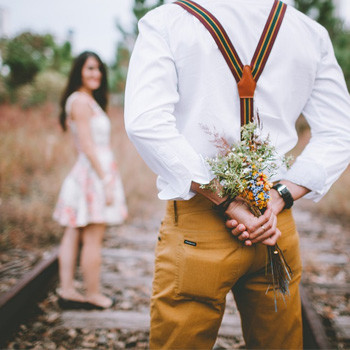 But when you do figure it out, he’ll act so “out of character” that you might not recognize who this, lovestruck, crazy guy is. Trust me, he’ll be consumed by desire once you tap into a certain part of his brain.

I’ll show you how exactly the male mind works in this video, and you’ll discover what triggers a man’s desire to commit 100% to his woman.

This could just be the most vital presentation you need to take your love life to an insanely passionate new level – click here to watch it now.