I know, I know... You're skeptical about this topic, aren't you?

Online dating doesn't have the best reputation among many single women. For the simple reason of all the game playing that many people feel they have to do to use it.

Give me a chance and I'll show you that there are ways to meet your soulmate that go against the grain of your notions of online dating.

As a veteran of the singles world, I've been in the trenches. I've been on dozens and dozens of internet dates. 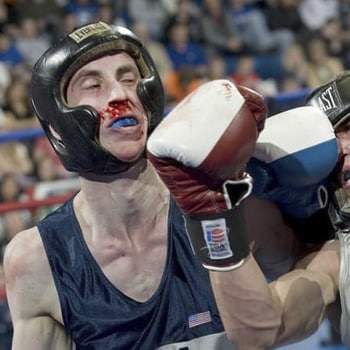 I've made every dumb mistake imaginable - from posting lousy pictures, a selfish and lame profile, to sending the most idiotic introductory messages.

Really, I'm amazed I did as well as I did.

But I learned a bunch of lessons that will help you succeed.

First, let's start by shining a light on the elephant in the room. Here's a quick look at a few of the known problems of online dating:

Many women complain that guys will fib about their age, height, and marital status online. This is something you may run into occasionally.

But I'll explain quickly why men do this: They know they're putting compatibility ahead of chemistry when dating online.

Men know - just like women do - that they'd be better able to charm someone in person instead of sending out a resume of their single-hood. 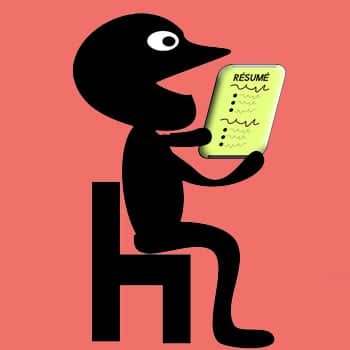 So guys will stretch the truth with their stats, because they know how easy it is to be disqualified and rejected by a woman.

And just to remind you, the men's top complaint about women is that their pictures can be misleading about their appearance.

One of the top concerns I hear is the lament that meeting people online feels forced and unnatural. To a certain degree, this is true.

No one WANTS to have to use this method. We'd all prefer that Mr. (Or Mrs.) Right just shows up and sweeps us off our feet. 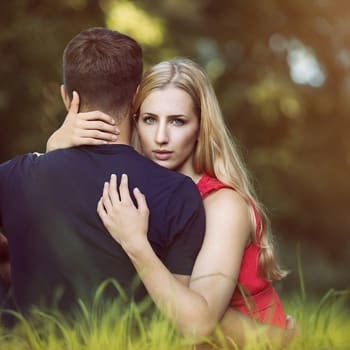 But we have to own up to the fact that our schedules and our lifestyles sometimes don't afford us the opportunity to meet people. So if you can let go of the weirdness, you might also spot a treasure waiting to be found.

It's not the most natural method, but it can keep your social circle open, as well as your heart.

Online Dating Problem 3: Too much noise....

It's a unique problem for women - one that most men don't experience - and that's the problem of getting a lot of douchey come-ons from guys who seem pretty clueless.

Well, their cluelessness - and the sheer volume of it - is like turning on an old television that erupts with static at full volume: It's jarring and annoying as heck. 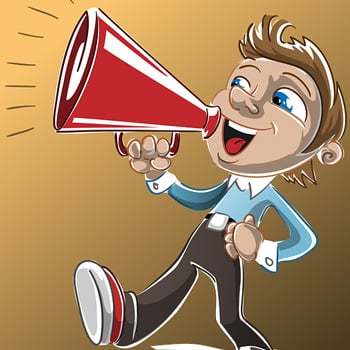 Especially when you know that 95% of them didn't even read your profile.

But with what I'm going to show you, you should be able to cut through the noise gracefully.

This is a secret I learned when screening for applicants for virtual assistants in my business years ago. It's a quick and easy way to get rid of the people who are just out their trying to spam their way into your world:

One way to fast-filter out the dweebs is to put a little test in the text of your profile.

What you do is put a short statement in your profile (where it makes sense) that reads:

"If you like what you're seeing and want to contact me, make sure you put "Good Guy" in your subject or the first line of your message."

What this does is help you sift out the wheat from the chaff. If you don't see your password in the subject or text, delete 'em. 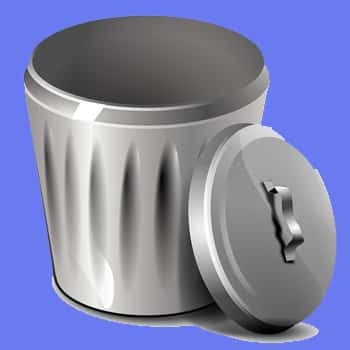 Of course, this only works with services that allow direct messaging, but it's a great way to sweep that stuff out and not get caught up in negativity.

Who of us - men or women - haven't found the thought of being "swiped" on Tinder as being like being a slab of beef in the grocery store - tossed around like a piece of meat?

But there are always new tools out there just on the horizon - waiting to be used. The beauty of capitalism and a (relatively) free market is that new players appear every week - eager to fill the void left in your every need.

Most recently is Bumble.com - a mobile dating experience that promises to make meeting men a much less cumbersome task.

Just a couple of their features:

- Bumble shows you the people you want to see and lets you connect by a mutual opt in by swiping right...

- The woman always makes the first move, and if she doesn't say something to a new connection within 24 hours, that connection disappears forever...

- For same sex connections, or friendship, either person has 24 hours to make the first move, or that connection will disappear...

And a bunch of new features to make the process less intimidating for women to use their service.

So keep your eye out for something new to try. Don't become a Negative Nancy on the possibilities of technology to help you reach the man of your dreams.

Your number one focus should be a great profile picture. Period.

No - those candids from the beach or the hiking trip are probably not going to cut it, no matter how much YOU like them. Get a pro to help you get the right shot.

Hands down, you want a profile picture that shows you are a relaxed, FUN person who has a healthy social life. 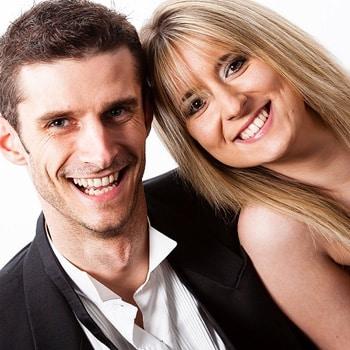 And if you're looking to increase the number of candidates, I won't lie to you: Cleavage is king. (Or would that be "queen"?)

In every single study, both men AND women are drawn to images of women who are putting a little neckline sexuality out there.

In the game of getting your man - get rid of the gloves and go bare-knuckle brawlin. It's time to play to WIN, I say.

Oh, and here's a little trick for you: Want to know if that profile he posted is accurate about his age and height? Take a closer look at his profile pictures.

If the pictures don't jive to you, then chances are he's distorting one or both of them.

If you're harboring some resentment, or you have ill feelings about how you were wronged in the past online - including those internet Trolls that haunt you on Youtube...

If you're still stuck in that stuff - let it go.

The one thing that will clog your aura - your exquisite feminine vibe - is re-living the negative past.

Again, countless studies have shown that the center of the brain that helps us discover errors and weigh options - the anterior cingulate cortex - is larger in women than in men.

Simply stated: Compared with men, women are more likely to recall and ponder what’s gone wrong in the past. 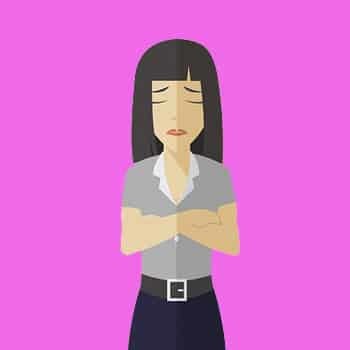 It's a benefit when you need to keep an eye out for threats and other safety concerns, but the rest of the time it can turn you into a worry wart.

So do your best to let go of those thoughts and focus on the possible positive future.

Look past your failures, and you can see your way to success much easier...

Yes, your number one concern should be your safety and well-being.

That being said, unless he gives you his social security number to run a check on him, you're not going to get much more than a "feel" for him in email.

So get on the phone with him FAST. It's the best way to suss out the all-talk-no-action guys, and it will put you on the fast track to getting to meet him.

Because - all things being equal - guys are just as impatient as you probably are to see if there's anything romantic here worth exploring.

Waiting for 25 back-and-forth interactions in messages, along with more coy conversations will just make you more skittish.

To that end, just practice these safe rules:

Just tell him it's something you need to feel more safe - "I'm sure you understand." You can even let him know you don't intend to call his home number if he says he's more likely to answer his cell phone. But you have to get the HOME number to be safe.

If he gives you any other answer other than willingly giving it to you is cause to pull the plug on him. 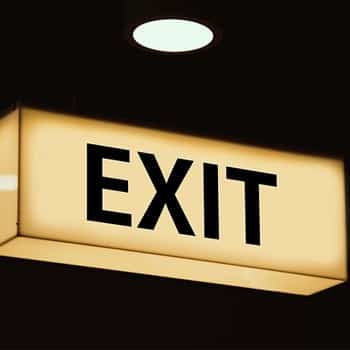 Safe Rule 2) Set a first meeting at a public Starbucks or other coffee shop.

And don't be afraid to stack them up 4 or 5 in a row if you like. It's your life, your interview schedule.

Oh, I didn't mention that? You're interviewing this guy for your soulmate.

Don't disclose any personal details in the first couple meetings. If he's digging you, he doesn't need them yet.

The mystery will only add up to more desire.

On the other hand, you should be hearing more and more from him about his life. If he's too coy or evasive, that should be a warning sign for you.

Bottom line: Use common sense, but not fear.

Fear should TRIGGER your common sense and awareness, but fear should not be running the show. Or your life.

You WILL get messages from guys with pictures of their johnson. It will happen.

You WILL get messages asking for sex, or being outright nasty.

Laugh at it... Find your sense of humor, because that's your ultimate weapon against not only loneliness, but the seeming uphill battle to find a few good men to pick from. 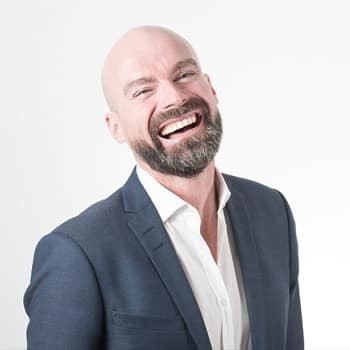 Trust me - they're out there. Millions and millions of them.

And with some persistence, and your ability to chuckle at the stories you'll tell your envious friends about how you met your soulmate - your Mr. Right - you'll be just fine.

If you're getting a little discouraged in your quest to find your soulmate, I've got a short video to help you with that.

The thing about guys is that they're actually waiting for a special sign from a girl to tell them she's The One. It's not something most women know about, and it will give you a HUGE advantage in the dating pool.

Whether you choose to meet guys online or the "regular" way, you'll find this "soulmate signal" essential to learn...

Click here to learn how to master your inner game.