5 Not So Obvious Signs He’s Cheating On You

No one wants to think that their significant other is seeing someone else behind their back.

It’s the ultimate feeling of betrayal, and that’s one of the most powerful emotions we have as human beings.

BUT you can spot the signs that will tell you whether or not he’s sliding down the slippery slope of infidelity. And if you know the signs, you can also stop the situation from getting out of control – and keep your relationship safe. 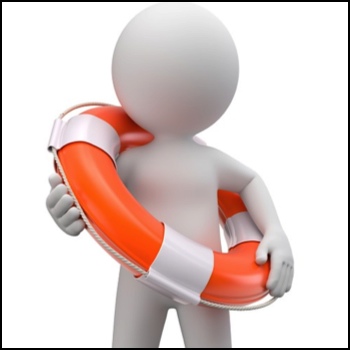 And that’s what we’re going to talk about here…

And you’ll be able to do it without strapping him into a lie detector. (Because it would be pretty embarrassing to be wrong, no?)

Chances are that you’ll ignore the signs that really give away the truth. So I want to give you the real facts to help keep your relationship together.

What I DON’T want you to do is become paranoid that everything he’s doing is an indication of some kind of sneaky behavior. If you get it in your head that he’s seeing someone else every time you’re apart, you’ll just drive yourself nuts with suspicion.

Before we get started, I want to cover a few points with you about cheating:

1) The first thing you have to remember is that a happy, satisfied, fulfilled man in a relationship doesn’t cheat. 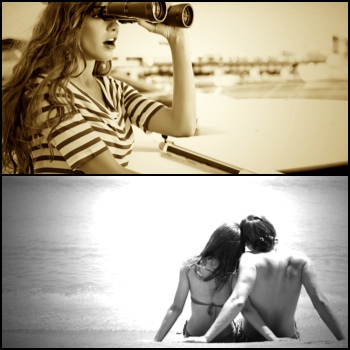 Now, if you know me, you know that I don’t subscribe to the “all men are cheaters” philosophy. It’s a popular opinion that men are the only ones who cheat, and that we do it at the drop of a hat.

In fact, nearly as many women cheat as men.

No one wants to walk away from the relationship they have – breaking up is truly hard to do.

BUT test driving another one is always a safer option, which is why cheating seems to be a great option if your old relationship isn’t doing it for you anymore.

So if you can remember one thing here that will serve you best, it’s this: Keep your man happy!

I mean, you should already be focused on that… Just like he should be focused on keeping YOU happy. But it’s something we all have to re-learn every day if we’re going to have a happy relationship.

2) Make sure the “rules” are crystal clear…

I’ve talked with more than my fair share of couples who have a distinctly different opinion on what the “relationship” actually is.

In many cases, the woman had already made up her mind that they were “exclusive” – without having discussed it with him.

Many women fear that conversation and all it entails that they often rehearse it in their head so much they think they’ve actually had “The Talk” with him. And then they’re surprised when he doesn’t share the feelings. 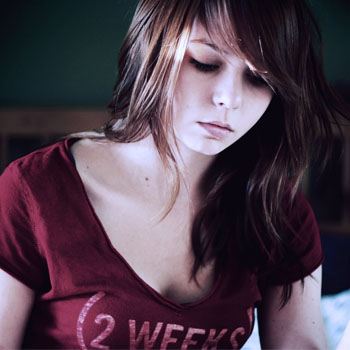 Before you get it in your head that he might be unfaithful, you need to be sure that he’s on the same page as you about the status of your relationship. And make sure that it’s clearly understood – not just implied.

Yeah, most men would prefer a more “informal” dating relationship – to suit their need to feel unencumbered, not because they are on the hunt for another “conquest.” So you might have to be very specific with your language.

And while you’re at it, make sure you check in and find out what you both consider “in bounds” and “out of bounds” for your relationship.

If he doesn’t see it as a problem to go to dinner with an old girlfriend, but you do – he has to know that.

3) Put away your judgment.

I talk to people every week who condemn and vilify anyone who would even consider being unfaithful. Yet, 90% of the people I’ve dated or talked to have cheated in some way. (And I suspect the other 10% were lying like rugs…)

Cheating HAPPENS, people. And it happens far more than many suspect. (Especially when most people doing it distort reality to make it seem like they’re not.) 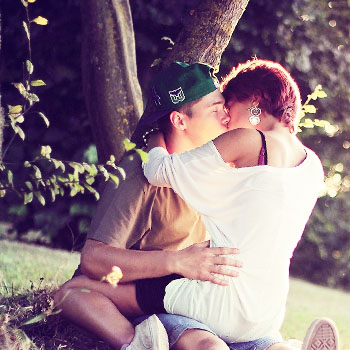 It’s that harsh sting of betrayal (and rejection) that makes us lash out in pain.

Yes, it sucks – but there are VERY few people who ever cheat that did it to hurt the other person.

It was a selfish act that they didn’t understand the consequences of. And even if they did, they got wrapped up in the lust and heat of the moment.

Hey, I’m not here to justify the act – just to share the understanding.

Now, let’s jump into the signs and indications that your man might be looking to step out on you…

It’s a little cliche, but you have to keep your eye out for the obvious stuff that might give away his indiscretions:

These days, if you’re going to step out on someone, your mobile phone is going to be your primary communication tool. What’s more, you’ll restrict anyone else from accessing it like it was a matter of national security. 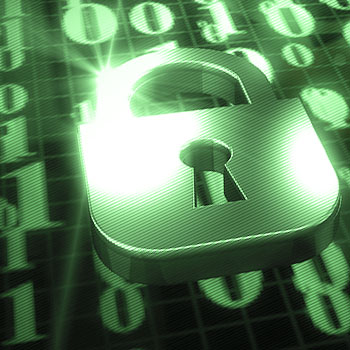 So if he’s changing his unlock code frequently, that could be a good indication something is going on that he doesn’t want you to know about. He’ll also be spending a lot more time on his phone with both calls and texting.

Another thing to watch for are a lot of phone calls that he won’t let you hear. Occasional privacy is understandable, but a lot of it could indicate a problem.

You may also see him need a lot more privacy from you. Yeah, time for himself is one thing, but when the pattern changes – or the frequency and duration increases – something else might be going on.

If your guy is going to the gym a lot more regularly, and he’s been upgrading his wardrobe, grooming, and appearance in general, you should consider this a warning sign.

He’s obviously trying to prep his appearance for someone – and if it’s not himself, there might be a third party involved. 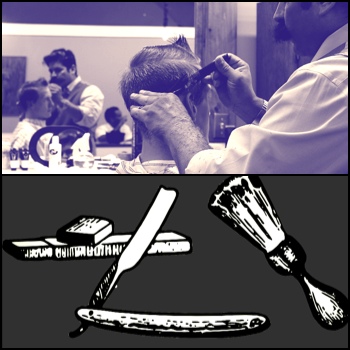 He might even refresh all his “tools” – like his razor, his after shave, his soaps, his cologne, etc.

By the way, guys go through waves of “refresh” where they decide to purge out their old stuff. So watch out for this as well.

Is he stepping out? Signal #4: His weird disappearances…

He goes “dark” for days or more at a time. It’s usually some half-baked explanation about a “thing at work”, or involving his family and/or friends. 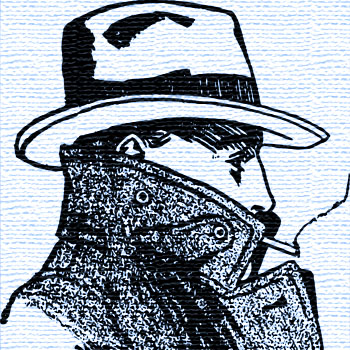 You might even notice he’s spending a lot more on leisure activities for himself and whoever else he’s with. And when he is with you, he might as well be on the moon because his mind seems to be wandering far, far away.

The point is that he’s shutting you out from the other parts of his life because he’s off spending entire chunks of time WITHOUT you. The less details he shares about his “sudden” emergencies, the more you should be concerned about his secretive behavior.

Could he be cheating? Warning sign #5: He’s extreme with his interest…or disinterest

He’ll either be really into you (mostly out of guilt) – or he will almost completely ignore you. With a cheating guy, his behavior will be on the opposite ends of the spectrum.

For instance, you might notice he’s suddenly TOO nice and accommodating.

There’s nothing wrong with being sweet of course. But if you feel that he’s going overboard with the kindness, that’s something you should take note of.

His unexplained burst of enthusiasm might be on account of his affair, or maybe his way of making up for cheating on you.

On the other hand, he might be the complete opposite and act like you’re not there. For example, might be giving you one-line responses to anything you say or ask him.

If he wasn’t like that at all before, that’s a bad sign. Worse, the only attention you get is when he snaps at you or finds something to complain about.

He’s probably withdrawn and easily rattled because of the affair – not to mention the mental stress of hiding it from you.

However, you need to remember that not everything is an indication that your man is cheating on you.

Sometimes, you’ll spot his desire to just change things up a bit in his life. A man can become dissatisfied and eventually just want to clean house.

The reality is that the groundwork for cheating is often laid for months – and sometimes years – before a person finally takes action.

We hope the other person will notice and suddenly fix their wicked ways – pulling us close once more.

Trust your intuition. If your gut is telling you something is off, then there is. 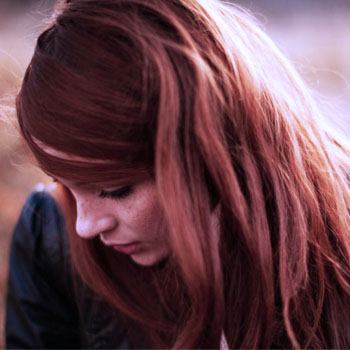 He may deny it (so would you if your roles were reversed). So you have to stick to your guns and keep your eyes open.

The truth of the matter is that everyone needs to step up and take notice of the things that could be an indication of the need for something new.

Novelty is always enticing, and sometimes sexual novelty will present itself. We just need to be on alert for the changes that could indicate his infidelity.

On top of being vigilant, you can further safeguard your relationship by making your connection with him as REAL as possible. And the best way to do this is by learning his unique Connection Style.

This is the secret to make any man committed to you and keep him from leaving. If you want to discover how to unlock his desire to stay with you forever, click HERE and get started TODAY.