One of the most important signals you can pick up is whether or not a guy is flirting with you or not.

It's critical, because if you can't read this signal, you might completely miss out on his flirting and lose your shot.

Getting mixed signals from him can completely confuse you as well. You won't know whether to flirt back or to ignore him. 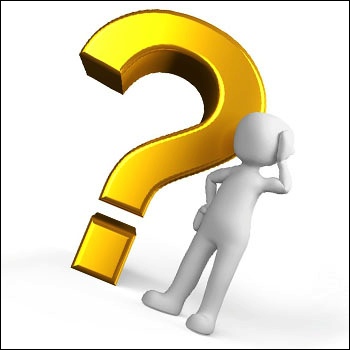 And if this is a guy you're really interested in, it can be heartbreaking to think he was flirting with you, but then you see him out with some other woman on a date.

I know several women that have even flirted with a guy, and then found out he was gay. Talk about embarrassing...

The trick is to understand how guys flirt - because most men are actually pretty shy. Maybe three or four guys in a hundred know how to flirt confidently with women.

The rest are shy, and winging it. And, to be honest, they really don't have a clue.

After all, they suffer from the same dilemma you do. They don't want to flirt and find out you're not interested.

To a man, it can be crushing to his ego.

So I'm going to solve this riddle for you here right now. Here are 7 different ways that guys openly flirt with women.

When a guy starts chatting you up, it can be very confusing. On one hand, he might just be being friendly, or on the other he might be really interested and looking to connect.

You have to be able to tell the difference.

The easy way to figure this one out is to simply listen for what he talks about in the conversation, and his excitement level in general. 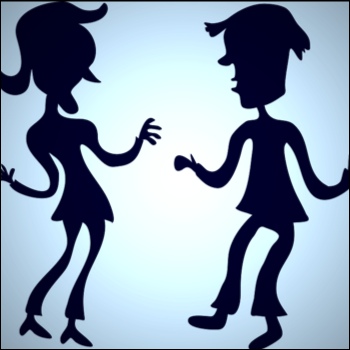 He knows that if he keeps the conversation going, this will give him more time with you. And it also gives him an opportunity to get more information about you.

And that "intel" is like dating currency when it comes time to ask you out.

By the way, if he ever tells his friends: "I'll catch up," that's one of the best flirting signs you can spot. If he tells his friends to go on without him, he's obviously captivated by you.

This happens typically when you're in a singles environment of some kind. It's subtle, but it can be really huge if you know what to look for.

Another thing to watch for is his body language, which I'll cover in just a bit...

Flirt Signal 2: He keeps trying to impress you

Look, it's no secret that guys have egos. Some guys have BIG egos.

And yes, those egos can be very fragile - at least in the hands of a woman that he's attracted to.

You can bet that a guy is flirting with you if he starts boasting a bit, or trying to impress you. It's a reflex that's almost completely out of his control.

He does this because back when it was hunter-gatherer time, he was focused on attracting a mate. And to do that, he had to impress her with his manly ability to provide for her. 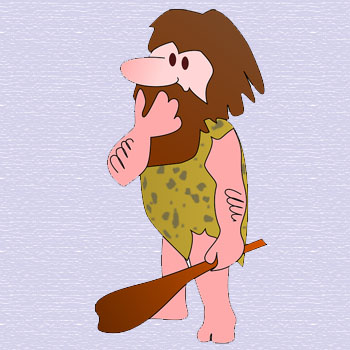 Now, of course, you don't need him to bring home a mammoth steak like you once did. But he still has that instinct built in, and it's not going anywhere anytime soon.

Here in the present time, he'll just tell crazy stories about things he did, or he might try to show off, or show up his friends around you.

Yes, he can even take this one a bit too far and start to look desperate. It's up to you to interpret this signal correctly.

So let him puff his chest up a bit. You'll know the reason underneath.

Flirt Signal 3: He gets "hands on"

This one can be both a fantastic flirting signal, as well as a huge irritation to some women. It all depends on whether or not you like the guy.

He's going to get a little touchy-feely with you, but in (mostly) a good way. If a man is physically attracted to you, he'll find any reason to lean in closer and 'accidentally' touch you. 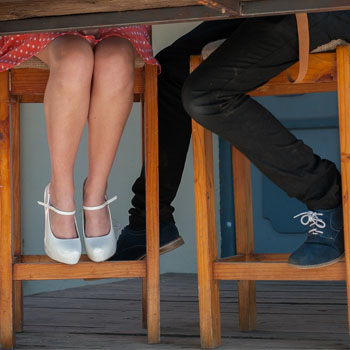 Here's something you may have noticed: When you see something attractive that catches your eye, you want to touch it.

It's instinctive and primal, in a way. Something in our nature demands that we get as close as possible to the things we find beautiful.

So when a man can't seem to control those grubby little paws, just cut him some slack. Be flattered that he finds you that irresistible.

He's simply overwhelmed with his own desire, and that's a difficult instinct to hold back.

Guys become much more excited and animated when they're interested in a woman. That's fairly easy to spot, unless you just met him and you have no clue what his baseline behavior is like.

But one thing you can watch for that tells everything you need to know is what his body language is saying to you.

One signal that's really strong is if he's facing you squarely, pointing his body at you. This shows that you have his full attention.

Again, this is involuntary, and that's why it's such a great indicator. 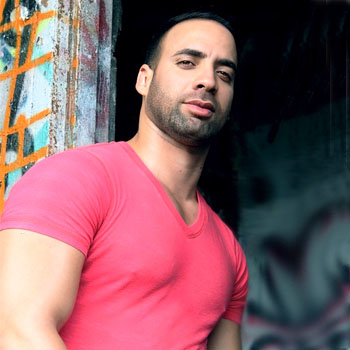 This makes him look stronger and more capable of protecting you. (Hey, all this stuff is backed up by science.)

He'll also be very open with his body language if he's flirting. If you notice him turning away during the conversation, or closing up his arms and legs while pulling away, he's probably not flirting.

However, if his body is positioned toward you, with his arms open and his body leaning in closer to you, you can bet it's him flirting.

A guy will also be very territorial with his body language. After all, he's started a conversation with you, and now he doesn't want to lose this investment.

He will lean in to get closer to you, as well as find ways to block access to you from other guys. Again, he's just trying to protect your conversation - and his chances with you.

Guys use compliments the same way women do - as a kind of currency to buy interest from the person we want. 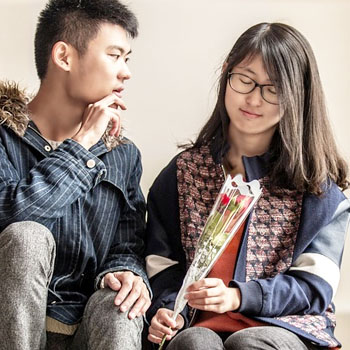 So when a guy starts throwing random compliments at you, even if they're kind of a stretch - that means he's flirting.

The typical compliments are:

- Your appearance (and yes, sometimes your body)

Any one of them could be his appreciation for you, but most guys will only put it into words for a girl they're interested in.

Oddly enough, all that complimenting can also include -

This one hasn't changed one bit since you were 4 years old on the playground. Boys show girls they like them by trying to get them to believe they really don't like them.

How do we do this amazing thing?

If a guy is teasing you, he's trying to get some emotions out of you. That's the real drive behind this illogical behavior.

With the 'players' out there, being a tease is simply in his nature. 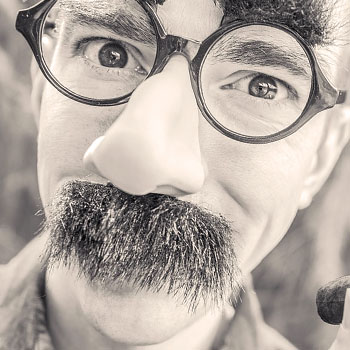 But more likely, he's very comfortable around you and may even have some feelings for you.

Guys usually don't pay much attention to girls they don't have a romantic interest in, so if he's constantly teasing you, that's telling you he's flirting.

It's not logical, or rational, but teasing is one of those instinctive ways that guys feel comfortable putting out a vibe of interest and flirting. He'll take it too far, and then pull back, but it's a solid indication of desire for you.

Flirt Signal 7: He drops hints and opportunities for you two to get together.

The end game for a guy who's flirting with you is that he hopes that this chain of behavior will eventually get him in bed with you.

Hey, it's no secret, right? And truth be told, you're hoping for the same thing - only a little less directly.

So when he starts subtly hinting about what you're doing this weekend, or some tickets he has to go see a show, you might pay attention. 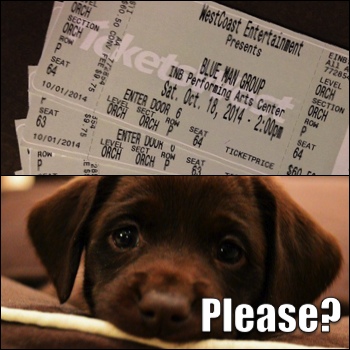 That's his way of putting up a test balloon to see if you're attracted to him. It's much safer than asking you out directly.

His secret hope is that you'll even suggest going out, even if he knows that the asking is his responsibility as the guy.

These are seven of the most common flirting signals. If you see more than one of them, it's a safe bet that this guy is thinking romance, not just friendship.

When all is said and done, you only need to stay in a conversation long enough and he will eventually make his interest known.

It may take a while, but he'll give you enough signals to tell you whether or not you should take a chance and even suggest getting together with him. 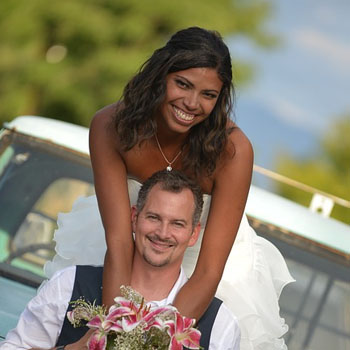 And if you really want to be a PRO at reading guys inside out - and NOT just observing his behavior on the surface - it's pretty easy to learn. I've got a course that will help you quickly read his signals and figure out his intentions.

That way, you can move on if he's NOT interested - or keep flirting with him if he's into you. All you need to do is click here to get started with this valuable dating skill TODAY.