Nearly every woman is brought up to believe in their own “Mr. Right.” And you want to meet Mr. Right as soon as you can. 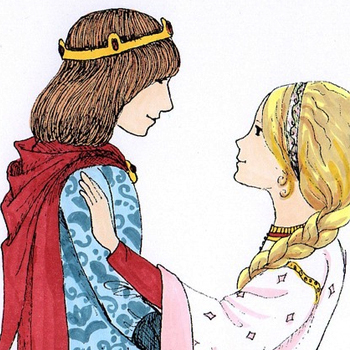 At least not in the way you might think.

And then I’m going to share 7 ways you can find your soulmate.

I cried at Titanic – one of my favorite movies ever. I love romantic movies of every kind.

I even love “L.A. Story.” Great Steve Martin movie from the early 90s.

Buuuuut… these stories are not very realistic.

And one of the most dangerous beliefs is that of the “destiny” thing. You know, that you’ve got a man waiting in your destiny. 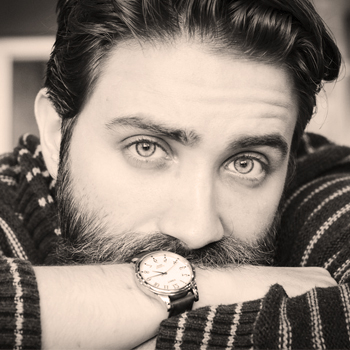 Now, before you say: “Carlos! You’re saying I shouldn’t believe in the magical power of love?”

I’m just cautioning you to not jump in feet-first on the idea that there is a “destiny” out there that owes you something.

A lot of people fall victim to this feeling that they are owed something by the universe. And if it doesn’t appear for them when they think it should, that they’re somehow being ripped off by the cosmos.

Yes, you should have the INTENTION of meeting a man that makes you happy and creates a great relationship. Intention will put you on the path to finding him – eventually.

It’s like a calm certainty that – when the time is right, and you’ve done what you need to do – he will show up for you.

But you really can’t have the EXPECTATION that you will find them. When you EXPECT it, that means you feel entitled to have it.

And no one can make that demand from the universe.

Mr. Right Myth 2: He completes you

No man completes you.

Another popular misconception created by Hollywood says that you must find this man that will make your life whole and right all the wrongs. He’s your savior.

Again, nothing could be further from the truth. He will help you with life’s challenges, yes.

But you can’t expect him to fill all the gaps and parts of your life that need fixing.

This is similar to the romantic notion that “one plus one equals one” when it comes to romance. That belief will ultimately cause you to find another incomplete person to create a whole person.

In reality, one plus one equals THREE. Each one of you, plus another one for the unique and special energy you create when you’re together.

And I’ll share another secret that the other “gurus” won’t tell you: If you expect a guy to complete you, you’ll wind up with a guy that feeds on that need. And that won’t be a healthy relationship.

Mr. Right Myth 3: Your soulmate will be perfect for you in every way

Another myth that gets in the way of your finding the man you can spend your life with is the belief that your relationship will be completely effortless with “The One.”

No relationship is effortless. The ones that seem like this are usually one of two things:

– A relationship where they’ve worked hard to create the dynamics that overcome the problems when they come along. This couple has a calm aura of serenity because they know they’re going to be able to handle the tough stuff. 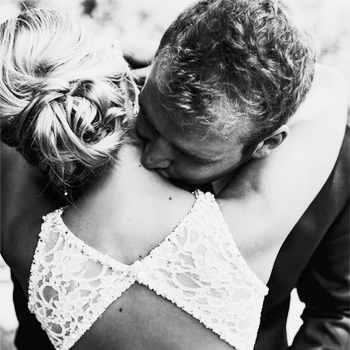 Sure, the relationship with Mr. Right will SEEM easier on many levels, but that’s because each person is taking full responsibility for their own “issues” and not letting this get in the way of their love.

Now, let’s get cracking on those tips to get you on the road to meeting the man of your dreams…

Get out there and make yourself visible.

Mr. Right isn’t knocking door-to-door looking for you. He’s not even really aware you exist, really.

I know this is kind of obvious, but you’d be surprised how often I coach women who act like he is walking around actively looking for her. Intellectually we know this, but our actions tell another story.

The best thing you can do is to be as active and visible as possible for him.

You really don’t know where you’ll be “found” by him when the time comes, so you gotta be out there everywhere you can.

As my friend Tom Cruise says in “Top Gun” – “Carlos, those ladies gotta get out in target-rich environments.”

This means put yourself out there where there are mad swarms of men.

How to Find The One – Tip 2: Multiple streams of income

This one is connected to the last one. You want to have as many opportunities for fate to come calling.

So you should also get involved with a few activities each week. This will get you out, and also expose you to a group of people on a regular basis. 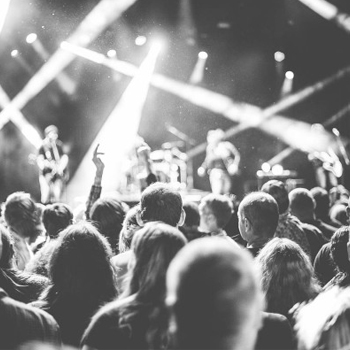 This is similar to an investment principle called “multiple streams of income” that says you want to diversify your income. It gives you more safety and stability.

I say the same thing is true in dating. Have multiple ways for this guy to run into you.

You just never know where he’s going to appear.

How to Catch Your Man – Tip 3: Eliminate your prejudices

In order to be open to meeting the man you desire, you must also be prepared to find him where you might NEVER think you’d find him.

This means that you can’t ever say: “What? Speed dating? I could NEVER do that. And besides, the man I want would never go there anyway.”

The point is that YOU DON’T KNOW where it’s going to happen. And you can’t know, either.

So you have to be open to ANYTHING.

And just as an aside, my good friend Tom met his wife at a speed dating event I attended. They both had come to the event with no expectations, and wound up in love and married 6 months later.

How to Find Your Knight in Shining Armor – Tip 4: Throw away your “type”

Yeah, part of being open to meeting your soulmate is to not eliminate someone based on what you think is your “type” of guy.

ESPECIALLY if you have a physical “type.”

I can’t tell you how many times I’ve coached women who finally met their man and said to me: “Carlos, he’s wonderful in every way – and he’s not even my type!”

The reason many women fail to find their man for so long is because they often let their search be for a dark haired guy that’s six foot three. 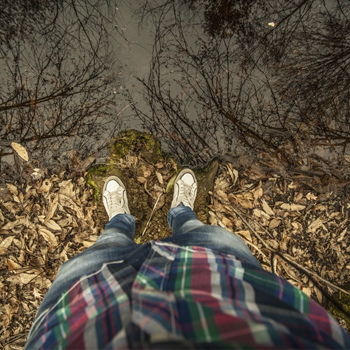 You might think that this is your “dreamboat” from all those teen Tiger Beat magazines, but it’s just adolescent dreaming.

The man that fulfills you will come in a package that you might overlook.

How to Find Your Soulmate – Tip 5: Mix it up 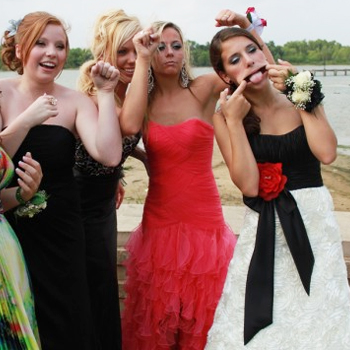 Yeah, you want to be safe, so don’t go lone wolf unless you are comfortable in the environment.

But keep in mind that guys don’t want to be seen crashing and burning, so the more women you’re with, the less likely it is for a man to approach you.

Also, going out with married people and guy friends will only make you look unavailable.

How to Find Your Soulmate – Tip 6: Craft a plan

Okay, this is yet another thing that might seem a bit UN romantic, but it works like crazy.

Sit down for 10 minutes (it really shouldn’t take any longer than this) and make a list of the MUST-haves for your Mr. Right.

Just the essentials for you to consider being with him long-term.

Start with the stuff you figured out after other relationships ended. Stuff like:

– Must be employed, educated

– Must be over most of his childhood crap

– Must be able to talk about the relationship, even if for just 15 minutes per week

And I really want you to stick with the list. 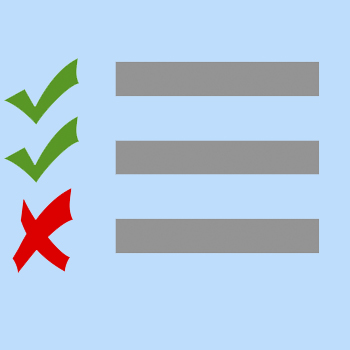 If it’s something you really consider a non-negotiable, don’t give it up.

Especially when some guy comes along who breaks one or two of them, but he’s so cute you just had to give him a shot.

Also – a note here: Your list should not contain physical traits. Most of the things you might think are “must haves” in physical traits are really not that necessary when you meet a guy who does it for you with confidence and attitude.

How to Find The Man of Your Dreams – Tip 7: Be genuine

The funny thing about going after the Authentic man that will make you happy in this world: It requires you to be real, too.

Be yourself, the cliche goes.

But what does that really mean?

Aren’t you being you even when you’re giggly and flirty and trying to put on a good impression?

But it’s when you’re MOST you that he’s going to be MOST attracted to you. Men know when women are not being true. 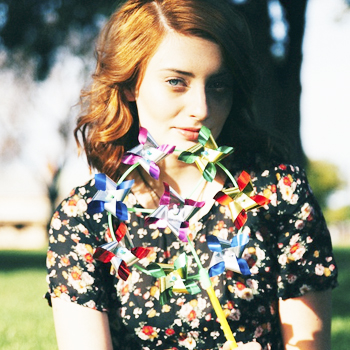 We know when she’s giving us a seductive smile or a needy vibe. We can sense when we’re wanted more from loneliness than desire. (And yes, men need to be desired.)

“Waking up to who you are requires letting go of who you imagine yourself to be.” ~ Alan Watts

So while it may be tempting to compromise who you are to win The Prize – some guy you think you want more than anything, ultimately the act can’t last forever.

Being yourself just means not letting your need for him outweigh your sincerity to yourself.

And those people who are telling you all about how “authentic” and “real” they are, are not really at all. True authenticity is communicated by how you act, not because you had to announce it to the world.

Being yourself is ultimately the ability to put yourself in the right position to get swept right off your feet. 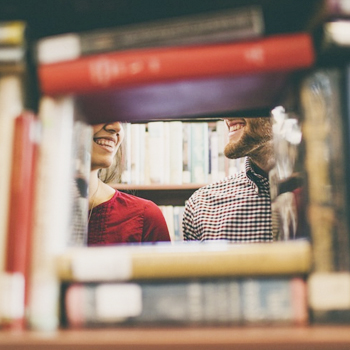 Because the man who sees a genuine woman, comfortable in her femininity, unswayed by the “politically correct” trends, and doesn’t have to shame, belittle or angrily pursue her desires…

And keeps that genuine nurturing and loving soul of herself out front, will find herself getting swept away by the man of her dreams.

Finding Mr. Right, a.k.a. your Soulmate isn’t a perfect process, but you can make it EASIER for you. Get started with these seven tips we just talked about – then kick things up a notch.

Aside from these Mr. Right hunting strategies we covered, there’s ONE MORE thing you can do to practically make this guy fall into your lap. I call it the “Soulmate Signal“, and this is like a tractor beam to pull in the most perfect man for you.

It’s all in my free presentation where I talk about what it is a guy NEEDS TO SEE from you so he knows you’re The One for him. If you don’t give him this signal, he may move on to someone else.

To find out more, check out my video right here.