7 Ways To Save Your Relationship

Someone once said that your love is like oxygen… you don’t really notice when it’s there – but when it disappears, you feel it!

Is your relationship troubled?

Are you wondering if he still loves you?

Do you want to save your relationship, and the love you know is there? 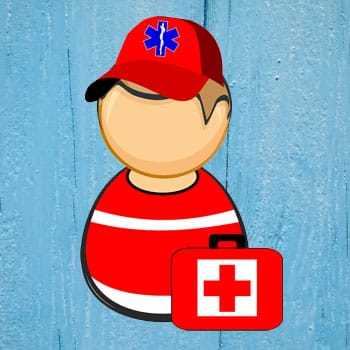 I want you to have an authentic, loving relationship with a man who deserves you. Because that’s what YOU deserve.

And today I want to show you how to make that happen. Even if he seems like he’s growing cold and distant from you.

Whoah, Carlos! Did you just say what I think you did?

For most people, a relationship or marriage therapist is likely to destroy what little there is left in your relationship.

– Men are naturally resistant to jumping into therapy.

If you make him go to a therapist with you, it will likely push him even further away from you. He’ll dig his heels in and become more resistant. 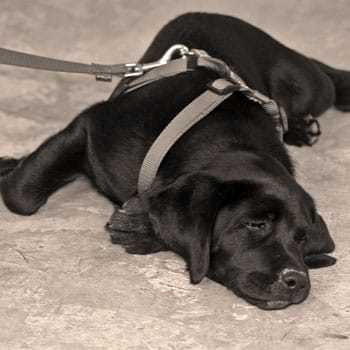 Especially if you haven’t really discussed your issues in depth with him alone.

Remember the saying: A man convinced against his will, is of the same opinion still.

Don’t push him hard if you want to keep him. Go easy…

– Couples therapy is usually too little, too late

By the time you both go there, it’s usually past the point where it will make a significant difference. If you’re considering it now, don’t let this scare you.

Even if you committed yourself 100% to the task, you and he would probably not get into an office for a few more months.

And that’s a few months where both of you have basically handed over the work to someone else instead of proactively tackling it right now.

And, to be very honest with you, marriage and couples therapy has a high rate of failure. This can be for a variety of reasons, both good and bad. 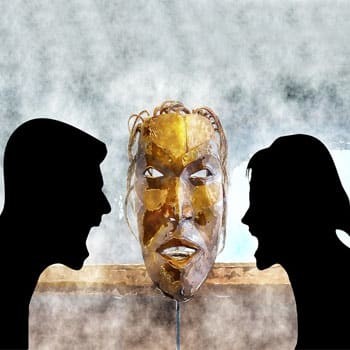 Sometimes people figure out from therapy that they’re not a good match. Others discover that finding someone new is less work than it would take to fix what they have.

But whatever the reason, you need to find the strength within you to take the first steps yourself.

FYI: The best time to see a relationship therapist is BEFORE you actually need one.

How to Save Your Love – Step 2: Be honest

I don’t mean to tell him what you’re thinking. I mean: Talk to yourself for a bit and see if YOU have been perfectly honest about your own part of the relationship.

What this theory says is that each person has at least a small part in any conflict. No matter how tiny. Because we all communicate in ways that can aggravate a conflict.

We ALL have a contribution.

So take a look back on the history of your relationship and open yourself to the possibility that you may have contributed some words or actions that helped create some problems. 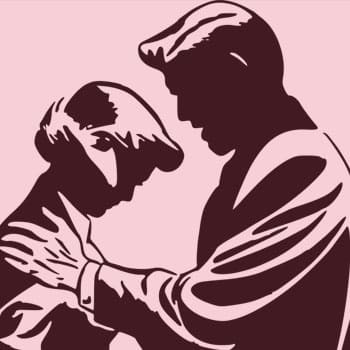 It might have been some neediness on your part, or maybe not giving him the verbal acknowledgement he needed at the time. And from there, things spun a little out of control.

And, no, you might not have been aware of this when it happened.

And he is just as much a part of this problem, too. You can make some changes right now to be more open, loving, and compassionate. You can’t change him, but you can change you.

How to Revive The Connection – Step 3: Become an Empty Cup

There’s an old story about a student who goes to see a great Zen Master. The student has come to learn from the master. The master invites him to tea and to talk.

So the student sits down and starts to tell the master all about his accomplishments and what he’s learned over the years.

As he’s talking, the teacher starts pouring the tea into the student’s cup. Eventually the cup overflows and tea is soon running all over the table.

The Zen master puts the pot down and calmly says:

“You are the one who is spilling. Your cup is already full. I would just be wasting my teachings on you, like this tea is wasted. Come back when you are more empty.” 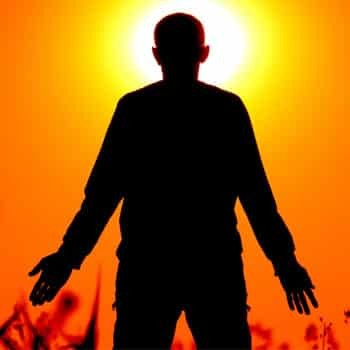 The student smiles humbly, bows, and leaves. Many years later he would return to study and he became the Zen master.

Even in our relationships, we need to “empty our cup” of all the stuff we think we know. Especially the grievances and negative mojo. (Yes, even I do this in my own marriage.)

This is the stuff that will make it nearly impossible to get past our resentment. Resentment is a force-field that will stop you from really experiencing love in your life.

And that leads us to the next step…

How to Win Him Back – Step 4: Find Which Way Your Compass Points

Common direction is necessary in every single successful relationship.

You have to be heading in a similar direction to get things to work in a relationship. This is because, without that common direction, you’ll be tempted to go your own direction.

And that usually leads to friction and tension as each of you feels more and more distant from the other.

Some things that can create common direction:

– Kids (but not if you are having them to solve your lack of direction, or if either or both of you are not really focused on being good parents.)

When you’re aligned with your boyfriend or husband, you’ll find that you get past grievances and petty annoyances pretty quick. That’s because you’re heading somewhere, and there’s really no spare time cycles to get caught up in that crap.

This is why there are very few neurotic people in developing countries. They’re so busy surviving each day, they don’t have the room for endless thinking about all the stuff that Just Doesn’t Matter.

And neither should you!

Find your common direction with your man. Make sure he and you both know where you’re going… and then stay the path.

You’d be surprised how close your connection will become when you’re committed to your journey.

How to Make Your Relationship Work – Step 5: Redefine Your Love

Keep in mind that Love – as we sing and celebrate the emotion – is not a NOUN.

Love is a VERB!

It’s not something you have, or possess. It’s something you create from the fabric of your heartstrings, weaving it into an unbreakable connection.

One of the biggest misconceptions of love is that it’s this thing you fall into, and then put up on a shelf to admire. No effort required. 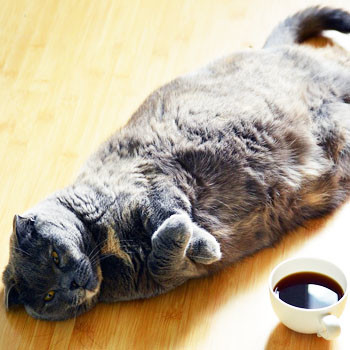 But the truth is that a relationship requires care and feeding, just like any other living thing would.

Some men think that after you both fall in love, it’s a done deal. You’ve arrived!

Some women think that after you get married, it’s a done deal! Time to coast…

The truth is going to sound like a cliche, but it’s still The Truth:

No relationship worth being a part of can simply put on the cruise control and glide effortlessly into the sunset. You’re going to have to actively work at keeping things loving and positive between you.

Because there is a natural process of ups and downs with love and relationships. And the natural flow of a relationship is that love dwindles and goes out, like a fire that no one fed or maintained.

Don’t be the person sitting in front of the fireplace saying, “FIRST you give me heat, and THEN I’ll throw the wood in!”

Make sure you redefine love so that it WORKS for you.

Remember – Love is a VERB!

Save Your Love – Step 6: Take The Lead

Let me tell you about my friend Janet…

Janet’s husband, Tim, is the kind of guy who takes his wife for granted. He doesn’t listen to her as much as he should.

Tim buys himself all kinds of toys. He spends his weekends in the garage puttering around, tending to his hobbies. His house is a museum of unfinished projects.

His kids barely see him because he’s off acting like a teenage boy who just realized he was an adult. He’s 53 years old. 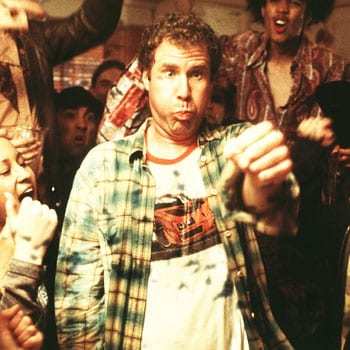 Janet is just as guilty of his behavior as Tim is.

Because it’s every woman’s responsibility to hold her man accountable for his promises and his behavior. It’s her responsibility to make him live up to his decisions – just as much as it’s up to him to work on his character.

Men need women to keep us on track and honor our higher selves.

Sometimes this means you have to confront him on his B.S. and tell him to grow up. Let him know that there ARE consequences for taking you for granted.

Without this focus on a man’s actions, we drift off into boy-man behaviors that are ultimately about finding ways to goof off into leisure time.

Make sure he knows that the good times WILL come to an end if he doesn’t man up and do his part of the work in the relationship.

If he isn’t held accountable by you, no one else will do it for you. Not his mommy, his daddy, or anyone else.

How to Keep Your Relationship Alive – Step 7: Understand Him

The truth is that in every single man, woman, and couple I’ve ever coached or encountered, the glaring problem between them always came down to not fully understanding the other person’s point of view. 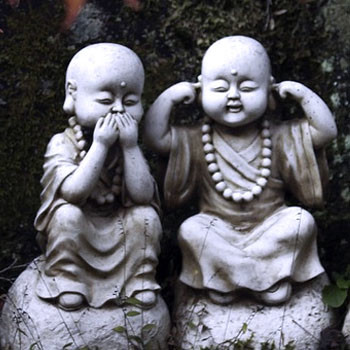 And even though women are painted as patient, understanding, and compassionate – which they are! – there hasn’t been a single time where I’ve coached a woman who really deeply understood the life, emotions, and motivations of her man.

But when she did finally figure men out, she became the QUEEN of his world.

Because when a man feels UNDERSTOOD – and I mean understood on a level where he embraces her, crying with tears of gratitude –

… when a man feels this kind of “I Get You!” – the relationship not only survived, they THRIVED!

Men do not experience women as really understanding his world. In fact, he often feels that she is just saying she does in order to keep him near her.

He doesn’t feel like a unique man that she loves. He just feels like an accessory to the relationship.

And then, after you’ve absorbed and really LIVED everything I’ve said here, only then can you start to consider the route to a therapist, if that’s where you want to go.

But make sure you’re both putting in the work in advance. 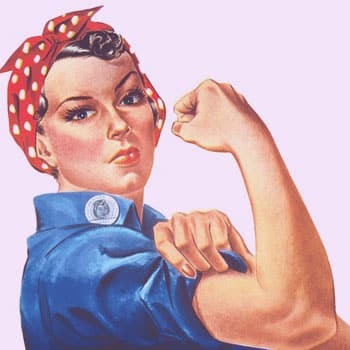 If you’re looking for effective ways to make a solid effort in your relationship, I suggest trying to understand men’s behavior on a DEEPER level.

Figuring this out will help you better understand why YOUR guy does certain things. You’ll realize why he acts, thinks and talks the way he does – and how to get past his defenses.

More importantly, you’ll also find out how to respond to him and build a stronger connection together. Here’s a video I made that talks about this in detail – CLICK HERE to learn more.