9 Rules For Friends With Benefits – What It Really Means

First off – I want to start out with a definition of friends-with-benefits for anyone who may be unclear on this term and what it really means.

Pretty straightforward. I’d go along with that. 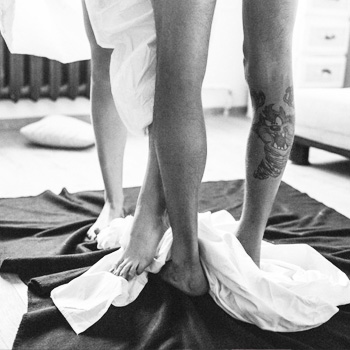 Casual sex – a sexual activity that takes places outside of a romantic relationship and implies an absence of commitment, emotional attachment, or familiarity between sexual partners. Examples are sex in casual relationships, one-night stands, extramarital sex, prostitution, or swinging.

WOWZA! That’s a pretty broad definition. But since it includes casual sex of any kind, I guess it has to.

So when we’re talking about an arrangement that involves a friend of yours and … sex, you have to agree that there’s a lot of mystery about it.

Mostly because there are a lot of boundary issues involved in that.

I’m going to give you 9 rules to setup this arrangement in a way that best suits you.

FWB Caution 1: It’s always going to get serious for someone…

And I hate to say it, but it will probably be you. Women tend to entertain this arrangement at first, to suit the guy. And as a “back door” way of getting into a relationship with him. 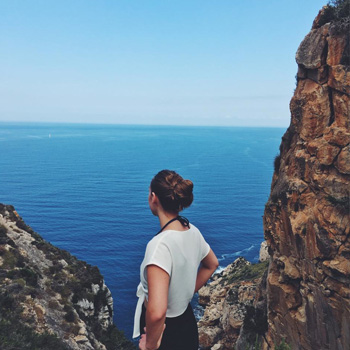 So just realize that there is an expiration date on your arrangement.

FWB Caution 2: It’s all about the boundaries

To the degree that you can keep up healthy and strong boundaries – as well as your partner – the longer it will last.

The rules I’m going to share with you will help a bit, as you go forward. These rules form the container of this relationship.

FWB Caution 3: Be safe above all else.

This means using birth control and sensible protection against STSDs, of course.

Get tested every 6 months as a rule. And of course, with any change of partners. And require that he does this too. 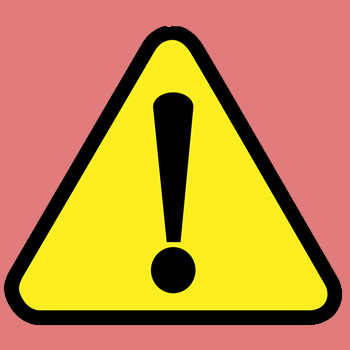 And “safe” also means being safe with your lifestyle and choices. If your emotions are running the show, you could be pressured into going into uncharted and possibly unsafe emotional space.

You want to make good choices.

As well as being safe with yourself and your feelings of wholeness and integrity.

Now, let’s dig into the 9 Rules of Friends With Benefits:

RULE 1: Know what you want going in

This is where you have to know what your real feelings are for this guy.

You can’t harbor a secret desire to be his real full time girl if you go the friends with benefits route.

Typically, you’d choose this direction because you’re not in a place to nurture a relationship. Maybe your time is limited, or your emotional capacity is not there.

Maybe you just want some sacred space for you, and maybe you want to throw in a little sexual healing.

Whatever the reason, you have to be aware of your “stories” going on in your life at the moment. 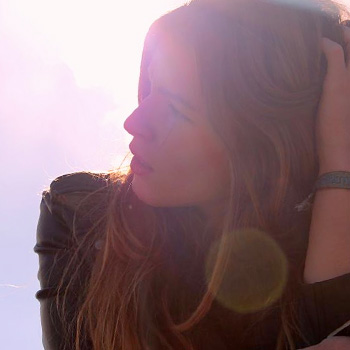 After all, sex is a powerful force in our lives, both emotionally and spiritually. You have to go in knowing what you want.

RULE 2: Don’t hook up with your neighbor, or anyone that lives close to you

A lot of people ignore this one in the name of convenience. After all, what’s nicer than doing your “walk of shame” up two flights of stairs and taking a quick shower?

I used to make it a general rule that my “special friend” couldn’t live too close to me or it might start blurring the boundaries of our relationship. It’s easy to pop over or drive by, but at what cost?

This is even worse when it’s a person in your apartment building. Just too close and too weird. 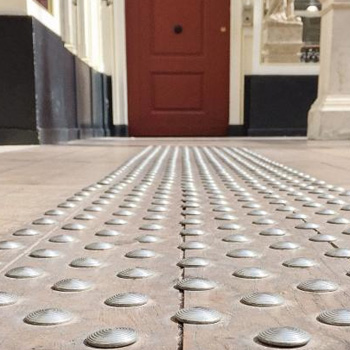 So keep in mind the physical limitation of space. Some people even set a rule that they can’t have this relationship with someone who lives within flying distance.

Which is a very specific boundary that can keep it very ‘safe’ for everyone involved.

Kind of cuts down on the frequency of get-togethers, but sometimes that’s a good thing.

Yes, as a man, I’ll be the first to tell you that this sex-shaming term needs to bite the dust.

I think it was started with the best of intentions – even humor. That’s how I intended it in the previous rule.

But in this day and age, even covert shaming (hell it even has the word SHAME right in there!) needs to be dropped.

If you’re choosing to have a relationship of ANY kind, shame will only get in the way.

Don’t let anyone pull that crap on you – ever – by implying that spending the night with a guy is connected to “shame” in any way.

RULE 4: Don’t pretend he’s more serious about you than he actually is

If there’s one rule I adhere to in life – it’s that you NEVER delude yourself about anything.

No matter how good it might feel to fantasize about having his kids, writing your first name with his last name, or moving into his place – it’s going to hurt you if it goes too far.

Don’t get ahead of yourself.

There’s a temptation to think that your feelings are “contagious” and there MUST be more meaning behind his texts. It’s always a possibility… But that’s not real until it’s REAL. 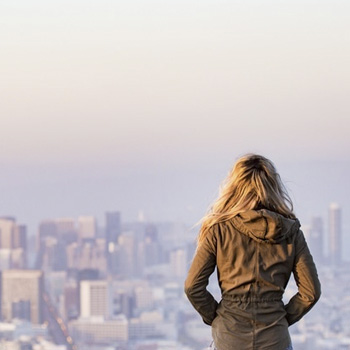 So always keep your eyes open for the signs and signals, but realize that your vulnerable state is going to distort this perception. And when in doubt, have a friend who can give you the straight truth. (NOT tell you what you want to hear.)

Look – the fact is that everyone is sexier when they’re getting sex.

Because you’ve put your needy desperate vibe on hold while you’re getting some. This is universally how some guys “play the field.”

Most guys are astonished at the attention they get when they’re sleeping with someone – wondering what the heck changed.

You stopped acting like a dork, dork! That’s what changed. You relaxed. 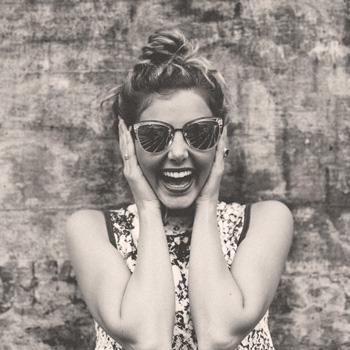 And the same thing happens with YOU. Make no mistakes.

So don’t be surprised if all the guys suddenly start sniffing around you like a pack in heat. They’re picking up on your relaxed sexiness that’s allowed to come out now that you’re getting O-therapy.

RULE 6: Don’t go exclusive with ANYONE until you know what’s what

Since you’ll be inevitably meeting more guys because of the “halo” effect of this FWB relationship, you might be tempted to cut off the benefits guy the second things heat up between you and the new guy.

Take some time to feel out the new relationship. You have that luxury now, and you should use it to screen out the dweebs. 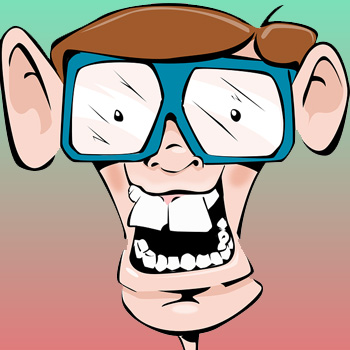 This is assuming you’re looking to create a relationship sometime down the road.

But don’t wait TOO long. If you know you’re going to get the romp and the relationship with someone, you should move on it.

RULE 7: Keep your Friend with benefits in his place

You need to keep him in his place. It’s too confusing to him and you to start playing the “pretend husband” game with him. 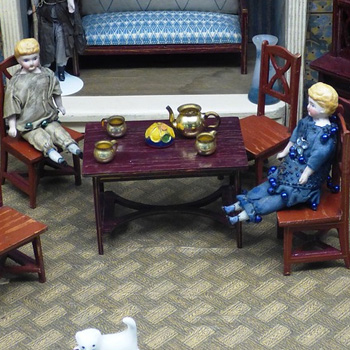 ESPECIALLY if that’s you trying to rope him into a long-term-committed relationship. (LTCR for those of you who like acronyms.)

What will happen is that you’ll be putting all the structure of a real relationship in where it doesn’t belong. And it’s horribly manipulative.

This also means don’t do “date” activity that distorts your relationship.

When you blur the lines of your FWB “container,” you threaten its integrity. This alone can spook a guy into hooking up elsewhere. Yes, I realize that’s always his prerogative…

This one fact can be enough for most women to avoid the Friends-with-benefits arrangement. The jealousy is simply too much.

Even if you were okay with the no-strings-attached arrangement – and you really didn’t want this guy for a long-term boyfriend in the future, just the competition is enough to make some women lose their cool and try to win him as a boyfriend.

Even if he wasn’t what they really wanted.

I call this the Cupid Blinding effect – where the need to establish the relationship to prove yourself gets in the way of reality.

You really have to go in with the ability to handle that disturbing image of this guy getting his pleasure with someone else. 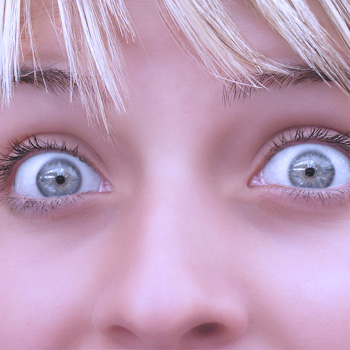 You can make your sexual arrangement exclusive if you like, which is a way around this rule. However, that can sometimes distort the FWB status again.

So be clear on your vulnerable emotional triggers beforehand. This also means that if your Friend With Benefits guy is out on a date, that should be okay with you.

If you get mad at this, or emotionally caught up in it – you’re probably using the FWB thing to weasel into a relationship.

RULE 9: It’s not always about the sex

At first, the urge to freely get it on at the drop of a hat might be really liberating. And you can indulge all you like.

Both of you should be able to express this freely and not feel threatened by it. Stay cool with each other, and keep the insecurity to a minimum, because that will totally ruin the arrangement. 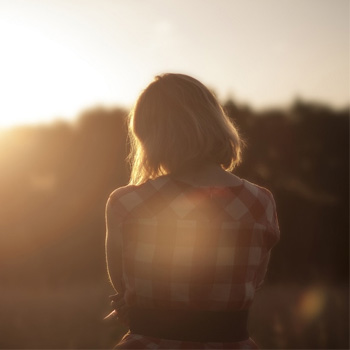 I should add the sub-rule here that you need to talk about the mutual rules with him at the start – and along the way.

You need to have open communication to keep this FWB thing together and solid for however long it lasts.

Remember, though – if your FWB relationship starts to take on REAL relationship tones, and both of you talk and agree that your feelings for each other are growing, than throw all these rules in the trash and GO FOR IT.

Don’t sit around worried that you’re going to lose his friendship, or the ‘great sex,’ or any of that. Fear of loss has no place when you’re going all-in on a possible love connection.

Just go for it, and if it doesn’t work, you’ll know that you at least tried.

And truthfully, there are plenty of other FWB options out there. Trust me… 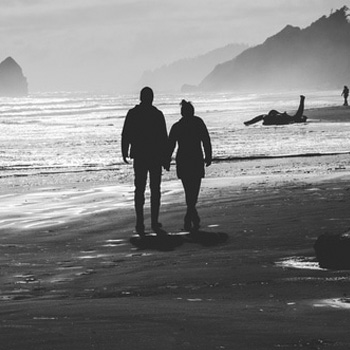 Speaking of which, I’ve found a way for you to completely skip the FWB route. Like I said, things can go wrong by trying to build a committed relationship from that kind of arrangement.

Instead, you could just figure out why guys leave a relationship (FWB or otherwise) so you can STOP him before it’s too late. Also, you should know the different ways guys unconsciously test a girl.

They do this to find out if you’ll make him happy or not. But the good news is that it’s NOT rocket science to get in his head and understand what he REALLY wants from a relationship – and a partner.

Check out this free presentation that I made where I explain all of this. It’s your ticket to creating a rock-solid connection where you’re sure he’ll never flake out or ghost you.