I want to warn you: Don't make this big relationship mistake that could be scaring men away.

Stick with me while I explain:

Have you ever thought about the things in life that we sometimes take for granted, like running water or public transport for example?

You might experience the occasional hiccup, but for the most part you know that it’s always going to be there.

Intellectually, we know that it takes people and a whole lot of infrastructure to make those things work. Yet, we push this fact into the back of our minds and conveniently forget about it.

It’s kind of like when you have that special person in your life.

There are a lot of women who fall into the notion that they can just let the relationship run on cruise control, sit back and relax.

After all, how could something that feels SO awesome ever go wrong?

And that’s where things get messy. This kind of thinking tends to overcome our better judgment, and it’s that ‘Love High’ that’s to blame, really.

Just think about it: romance literally triggers a release of neurotransmitters in our system which are basically chemicals that give us that rush we crave.

Unfortunately, a lot of people get caught up in this temporary but addictive euphoria.

It can be rough once that effect wears off and we’re left to deal with reality after. 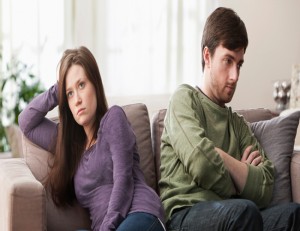 Catching Up With Relationship Change

So, a lot of women get so caught up in this romantic phase and overlook the obvious.

They end up neglecting the reality that people - and the relationships that come with it – won’t be the same a few years (or even months) down the road.

And when change hits them like a ton of bricks, it seems to them like it came out of nowhere.

They’re genuinely surprised that the person they’ve put on a pedestal turned out to be just as fallible as any other person.

These women can’t process this simple fact and it makes it hard for them to actually do something about these changes.

Even when it’s happening right before their eyes, they refuse to accept this natural stage of their relationship.

Yes, it’s natural to outgrow the romantic feelings you have for a person. On the surface, changing the way you feel about the person you love can be a scary thought.

However, once you push past this fear, you’ll eventually understand that you can replace these romantic feelings with a deeper kind of love later on.

Taking Off The Blinders and Moving Forward With Love

But it’s not going to happen without making the effort it takes to get to the next level in your relationship.

That’s why the worst thing you could do is assume that you’ll get through this stage even if you don’t put in the work needed to make the gears turn in your relationship.

And doing that means actively deciding to adjust to these changes instead of turning a blind eye, or resisting them.

Those who don’t do this end up believing that their changes are too much for them to handle. And when they go down this path, their relationship will eventually fall apart like a faulty car, leaving them permanently stranded along the road.

But this is totally preventable. As dangerous as it is to resist change in your relationship, adapting to it isn’t as hard as you might think.

Let it be a given that you’ve been changing the moment you become a couple, and it directly affects the dynamic of your relationship.

With this kind of mindset, you’ll spend less energy resisting change and focus on adjusting to your differences.

You might think at first that there’s nothing you could ever disagree about with your partner, but soon enough those differences WILL emerge – and it won’t be pretty.

There’s no getting around the reality that you were raised differently from your partner and you had different experiences growing up.

Like it or not, your respective principles and values are going to step into that ring and duke it out. So, you might as well learn to embrace this chaotic time in your relationship to come out of it in one piece.

And if you want to prepare for this inevitable ‘title fight’, you’ll need to see things from your partner’s perspective.

Ask yourself some key questions about your relationship partner, such as:

By exploring these tough questions, you’ll dig into each other’s hearts, revealing that inner part of yourselves that wasn’t so obvious before.

And this is where the REAL growth in your relationship begins.

Slowly but surely, you’ll get past this emotionally turbulent part of your relationship and learn to adjust to your ever-emerging differences down the road.

Of course, this process is gradual and you’ll spend quite some time making those little discoveries and milestones along the way. But all that effort will pay off in the end.

Taking the time to know each other on a deeper level is, in many ways, investing in a richer future for you and your partner. Best of all, you’ll be come to be with OK with the fact neither the relationship or your partner has to be flawless.

By working with those flaws, you can use them as a way to appreciate your partner, warts and all. And then those petty arguments won’t matter as much anymore; that’s because you’ll finally understand WHY you have them in the first place.

That’s the beauty of lasting relationships:

Couples who’ve grown old together know that there are some things they’ll NEVER agree on, but they’ve learned to live with it.

This single quality is what separates them from other couples. But none of this will be possible if you don’t take an active role in dealing with your differences.

By the way, if you’re interested to know what he’s REALLY thinking about, you need to check out “How To Read His Signals”, my program which explains what makes men tick.

To learn all about this life-changing course, CLICK HERE