How To Bring A Man Closer - 7 Ways - Even if He's Pulled Away From You!

When a guy becomes cold, distant, detached, or pulls away from you, it's a scary sensation.

It might even remind you of when one or both of your parents were cold and hard to connect with as a kid, which sends our system into all kinds of panic. When someone you really love isn't close to you, or seems like they're withdrawing their love, it's a real shock to your emotional system.

It's sometimes hard to keep a man interested. He might become aloof and distant, and you don't even know why it's happening. (I reveal the reason for this in my free ebook: "7 Mistakes That Push Him Away" - ENTER YOUR EMAIL in the form on the left to get your copy...)

But the real question most women have is how to get him closer to you - even if he's growing distant from you. 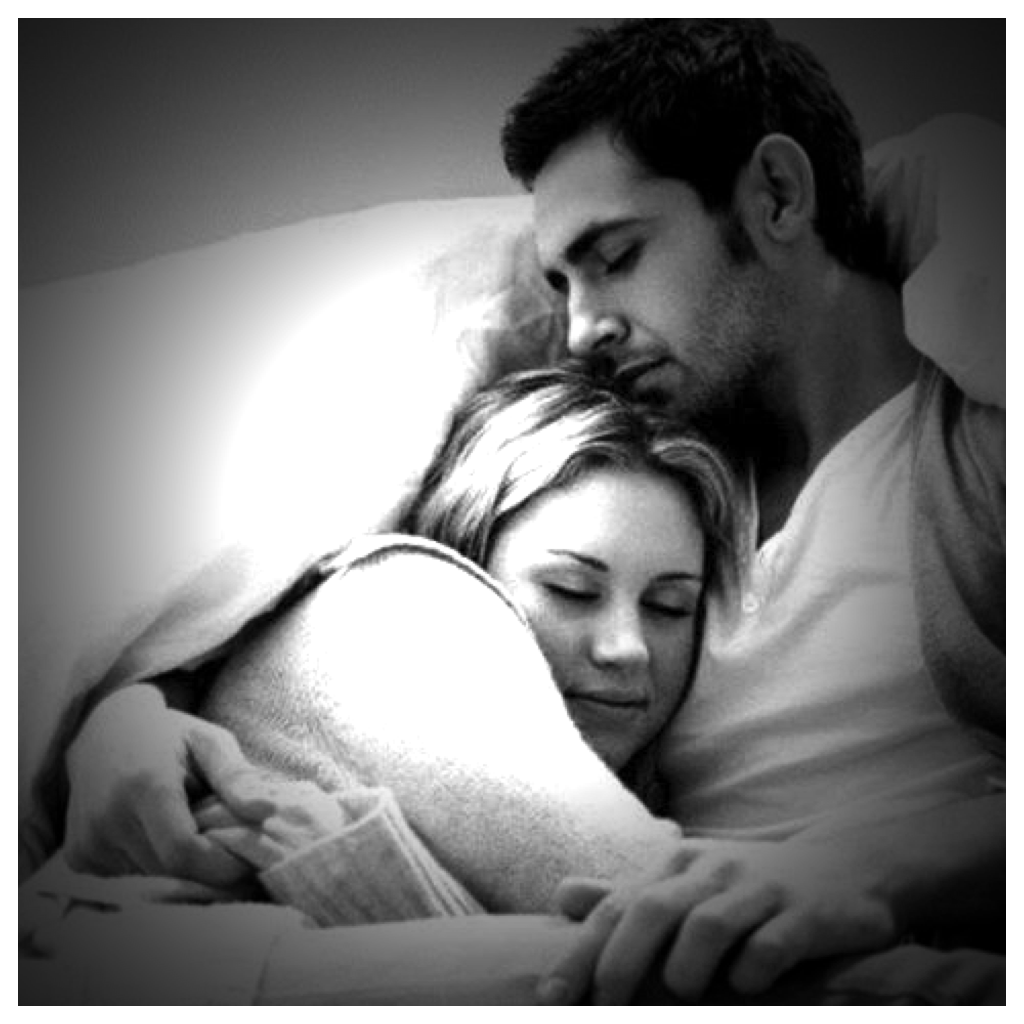 Even when you're apart...

It's important, because you have to have a deep emotional bond with a man to keep him interested in you - and the relationship.

The same is true for the woman in the relationship. You won't stay close to him if your emotional intimacy needs aren't getting met.

The reality for women, however, is that they know they can't compete with younger, slimmer girls that might come along. So it's vital that you understand how to keep your man connected to you by using the power of his EMOTIONS.

EMOTIONS are your secret weapon against all the giggly bombshells that sneak in and try to grab his eye.

Let's start out with:

I'm giving you the deadliest trick right up front here - you have to get your man to open up to you and be comfortable confiding in you.

Unfortunately, in many of the couples I've seen, they have a well-rehearsed routine of cutting each other off and making it difficult to connect. This is going to create a rift between you if you keep doing it. These patterns can go right off the rails. 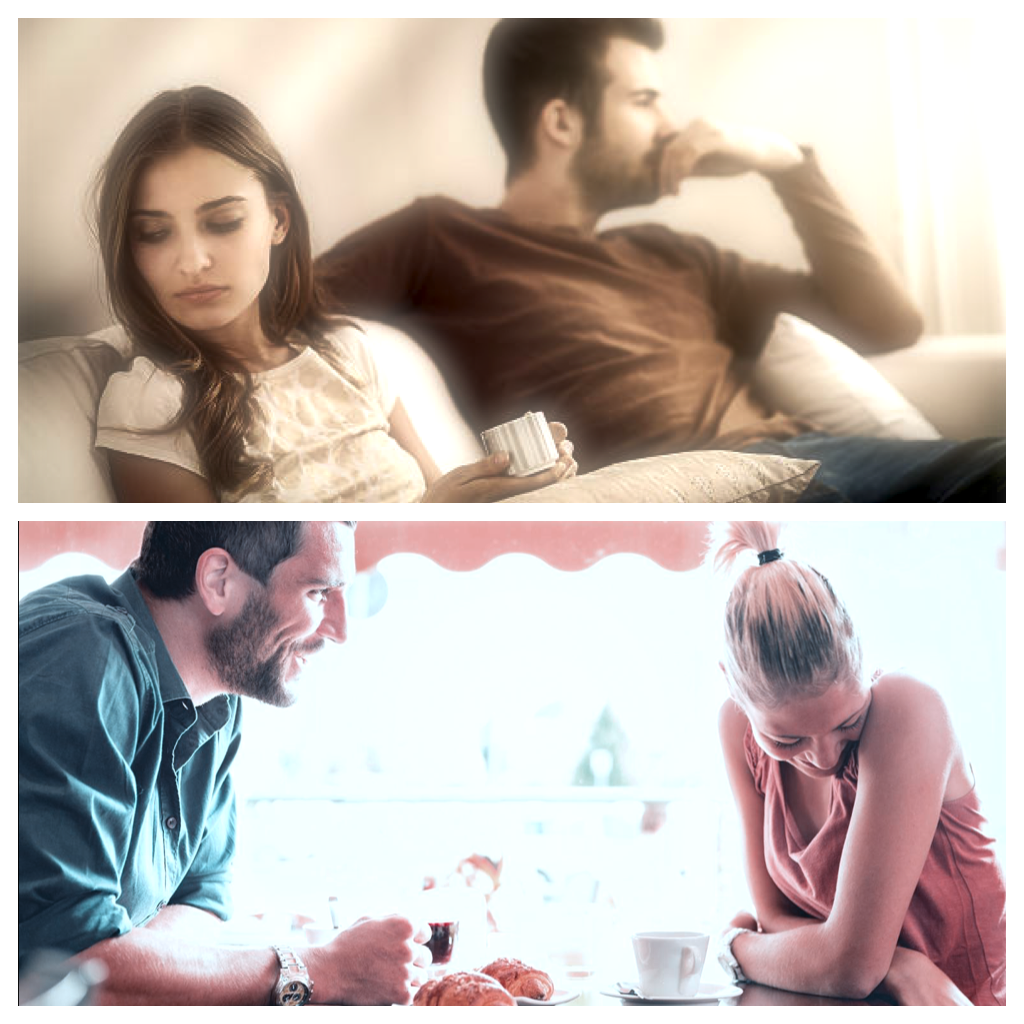 Keep all channels of communication open...

You can probably see how that dynamic can get out of control...

You have to keep the flow of communication flowing at all costs.

Yeah, in order to do this, you have to follow the next tip:

So in order to make a man feel safe enough to open up to you and be vulnerable, he has to know that there are no consequences for opening up to you. 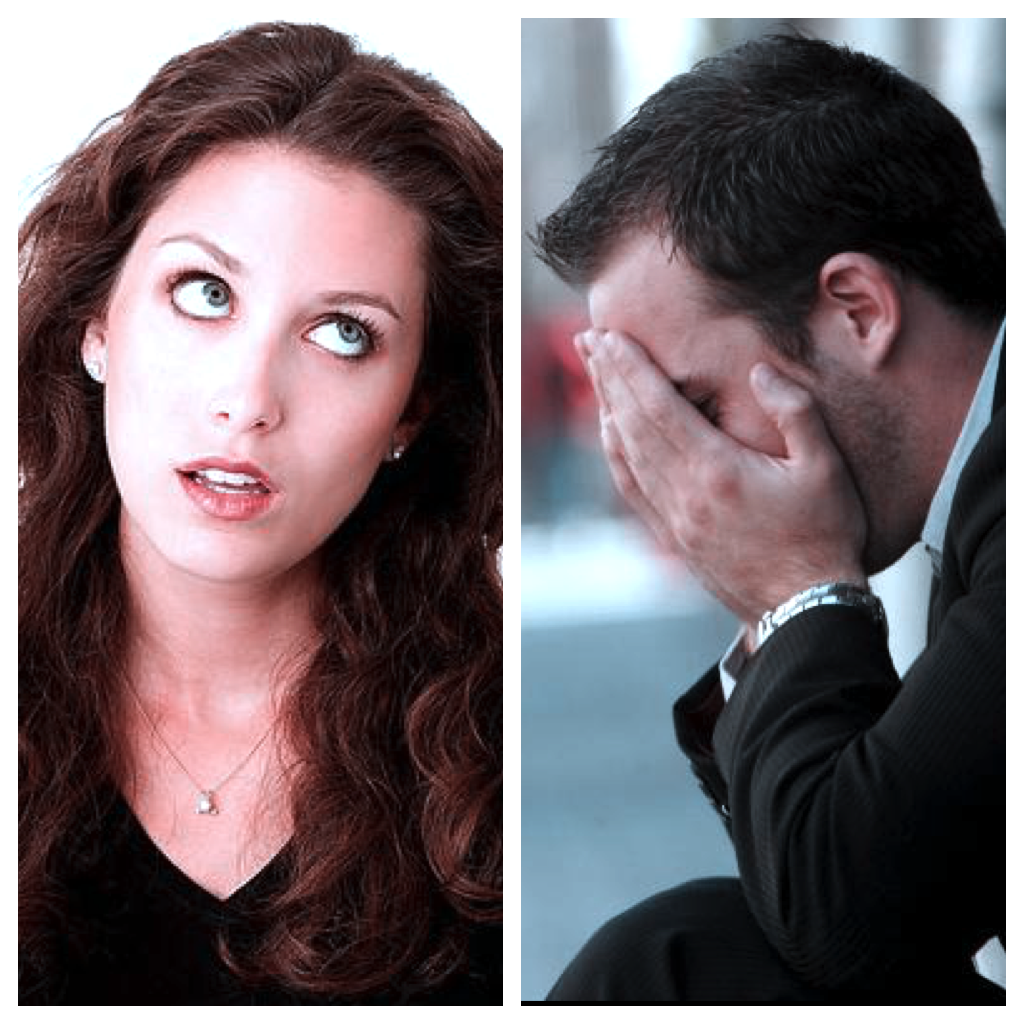 Remember that if a guy feels safe enough to reveal what he's thinking and feeling, you won't be in the dark as to what's going on with him.

But so often a woman will cut him off and hold a petty grudge that pushes him away from her. Not only does this create distance in their emotional intimacy, it also makes it more likely he'll try to get that intimacy somewhere else.

Yes, that's right. If a woman comes along with a sympathetic ear, she will snake him right out from under you. Simply by knowing how most women push their man away...

As I mentioned above, one of the ways that women sabotage their intimacy with a man is to play games with the sex in their relationship.

Let me tell you one of Carlos' Rules for relationships:

Carlos' Rule of Intimacy: Never deny a man physical intimacy in your relationship...

This doesn't mean you have to "do it" when you're not in the mood. What it means is that you want to focus on GETTING in the mood if that's what it takes. 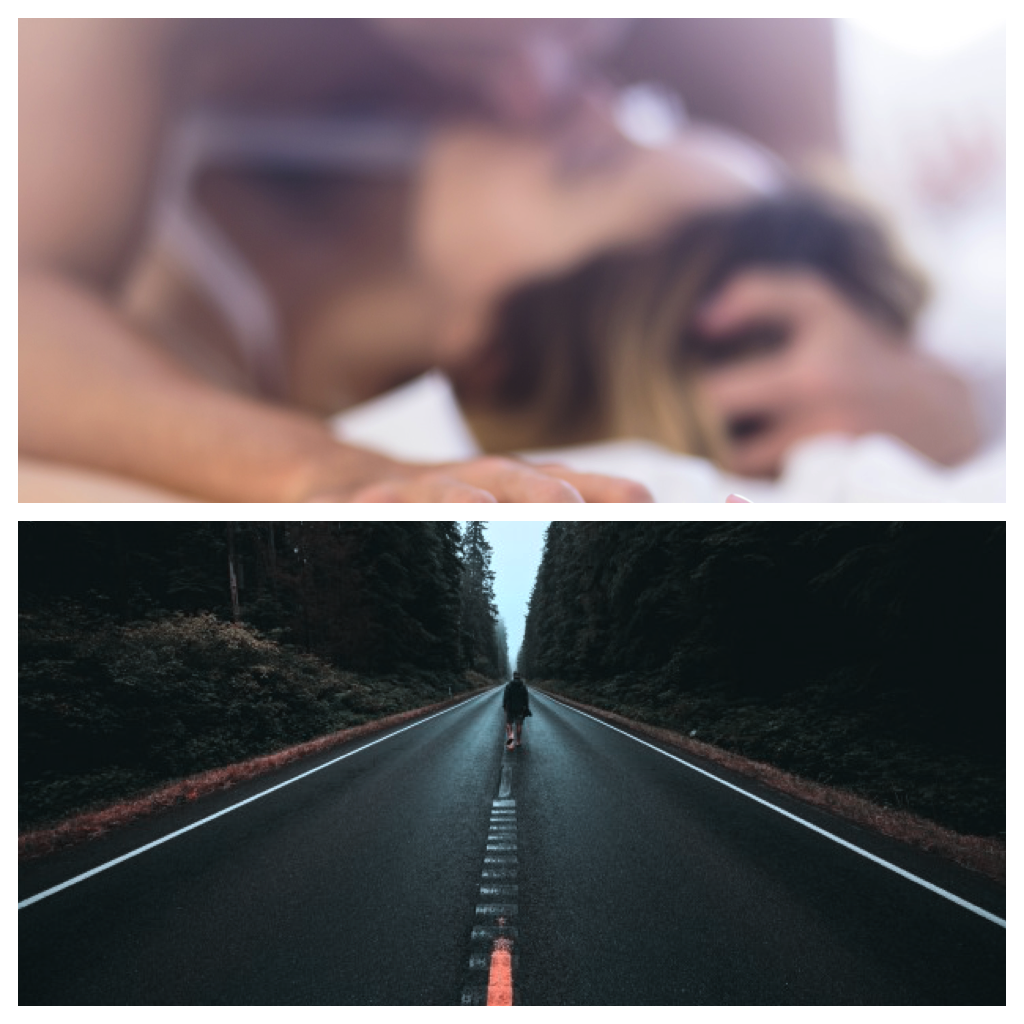 You can give him both, and still keep him close and connected.

The part that's missing is a woman who understands WHAT men fear most in relationships:

Men fear a relationship that limits his freedom.

Plain and simple, that's the thing you have to watch out for most.

If he feels like he's not going to be able to do what he wants when he wants to (even if he isn't planning to do it), he'll always feel controlled, and imprisoned. He needs autonomy - the freedom to do what makes him happy.

He only needs to believe he possesses the FREEDOM to do it!

Don't worry - this freedom won't mean he will run away from you. It means he'll be pulling you into his adventures.

Stop Him From Pulling Away From You - TIP #4: Make him your hero...

Men want to be a woman's hero. We want you to adore us and respect us.

Again, this is not what usually happens with many relationships. Resentment and contempt sneak in, usually appearing with an "eye roll" at every situation that you don't like.

Show him you ADORE him instead. I guarantee you this will work about 1000% better than any other method.

One of the best ways is through physical affection.

Most women are naturally open with their physical appreciation and affection. But if you're not giving him the right amount of love and affection (usually depending on his connection type - or "connection code") then he's not going to feel connected to you. 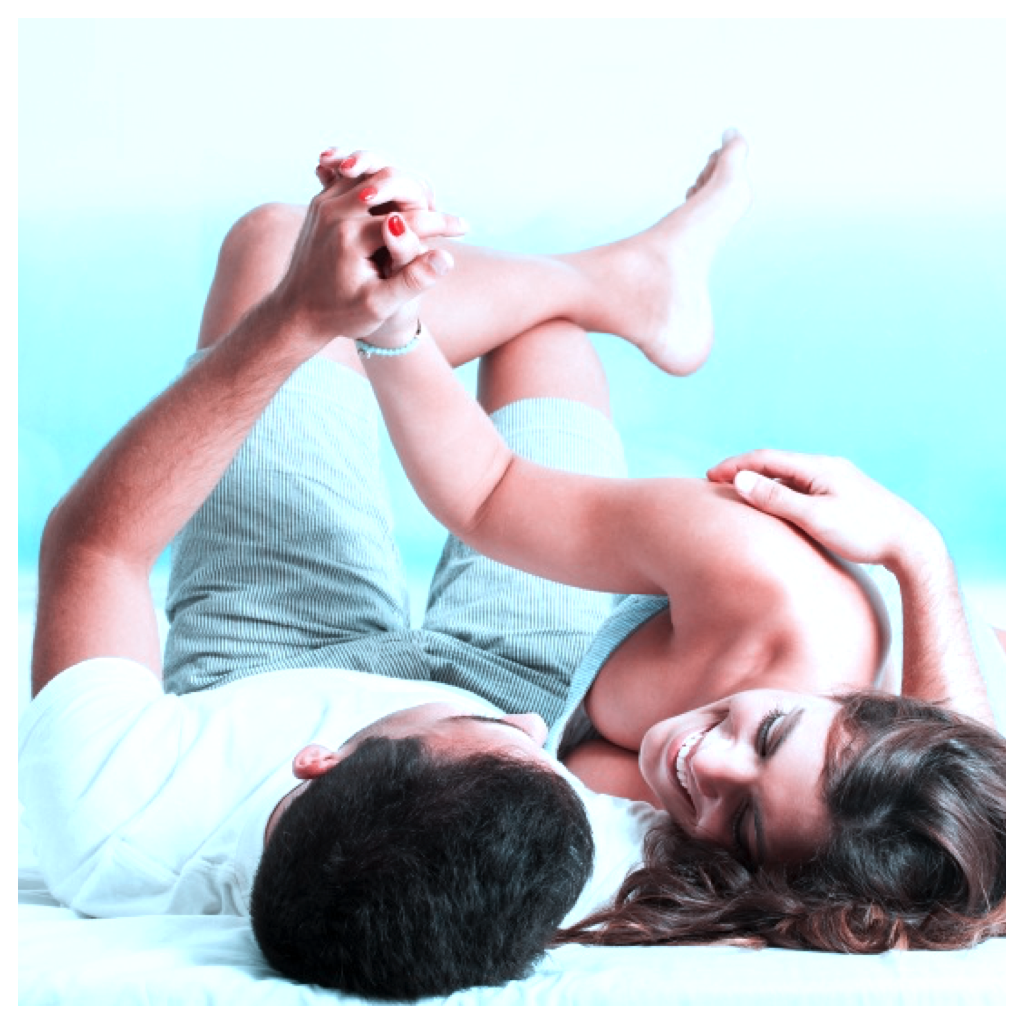 You need to caress, touch, and love on him in the right way.

There are two kinds of touch:

Give him as much of that #2 affection as you can possibly can, and you'll discover how much he's willing and able to connect with you.

Stop Him From Pulling Away From You - TIP #5: Chill and be fun, yo!

This is one of those dating clichés, but you have to feel good about your own life before you can invite a man into it.

Think about it - If a guy has a choice of where to go on Saturday night - will he go here:

OR will he go here:

Which would he find most appealing?

Most definitely the exciting club. 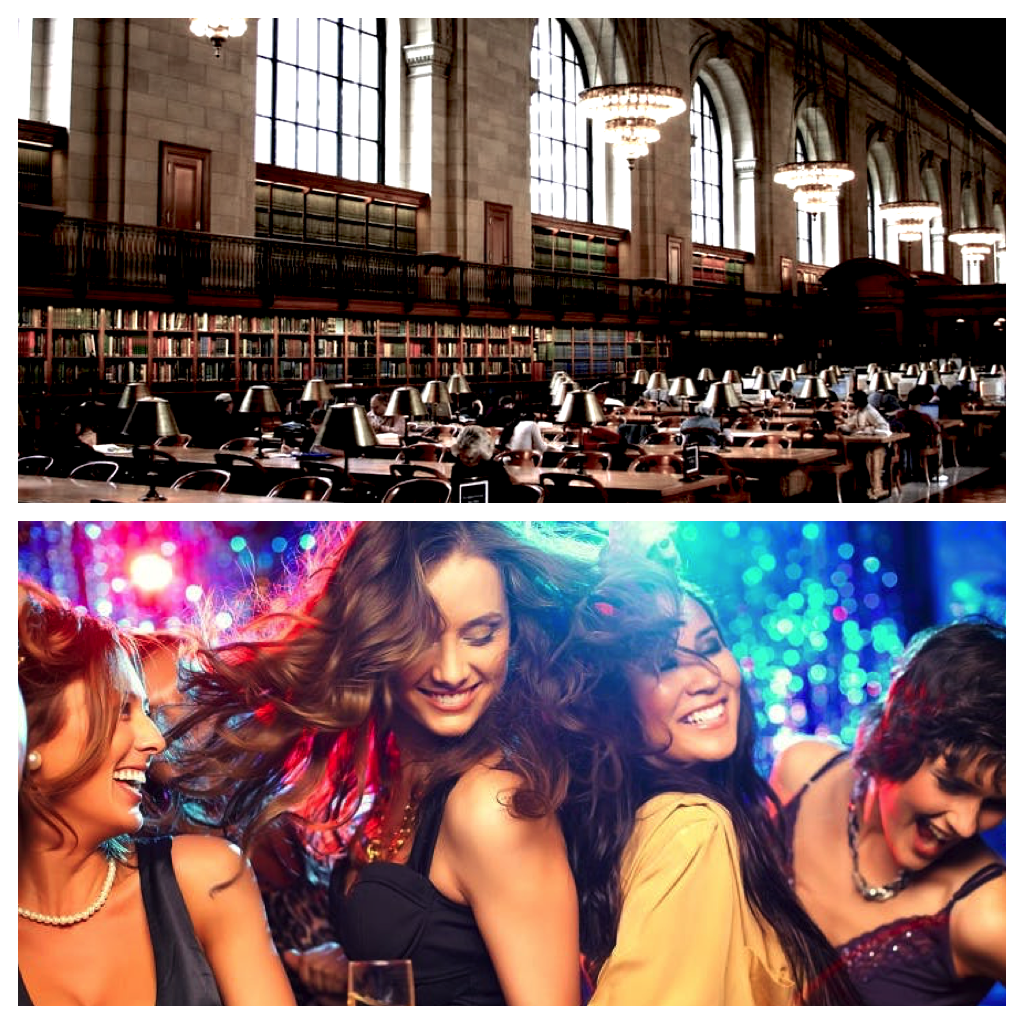 Maintain a healthy balance of fun.

Yes, there are many times he will want to sit at home with you and do nothing, but that's after he knows that you're not a buzz-kill.

There are more than enough men and women out there that aren't happy, that go looking for a relationship to hide their pain in. It never works this way.

I'm betting you know that from past experience, huh?

REMEMBER: You can't run from your issues, you can only re-discover them hiding in your next romance.

One of the biggest reasons men pull away from a relationship is that they feel there's too much pressure to make the relationship GO SOMEWHERE.

Inevitably, one of the first things a woman wants to know is if the relationship has potential. She sits him down and has "THE TALK" with him.

Look, we get it. Eventually a woman wants some commitment and a lasting feeling of safety in the relationship. She wants to know that the energy she's putting in (not to mention the opening of her heart) is going to "pay off" for her. 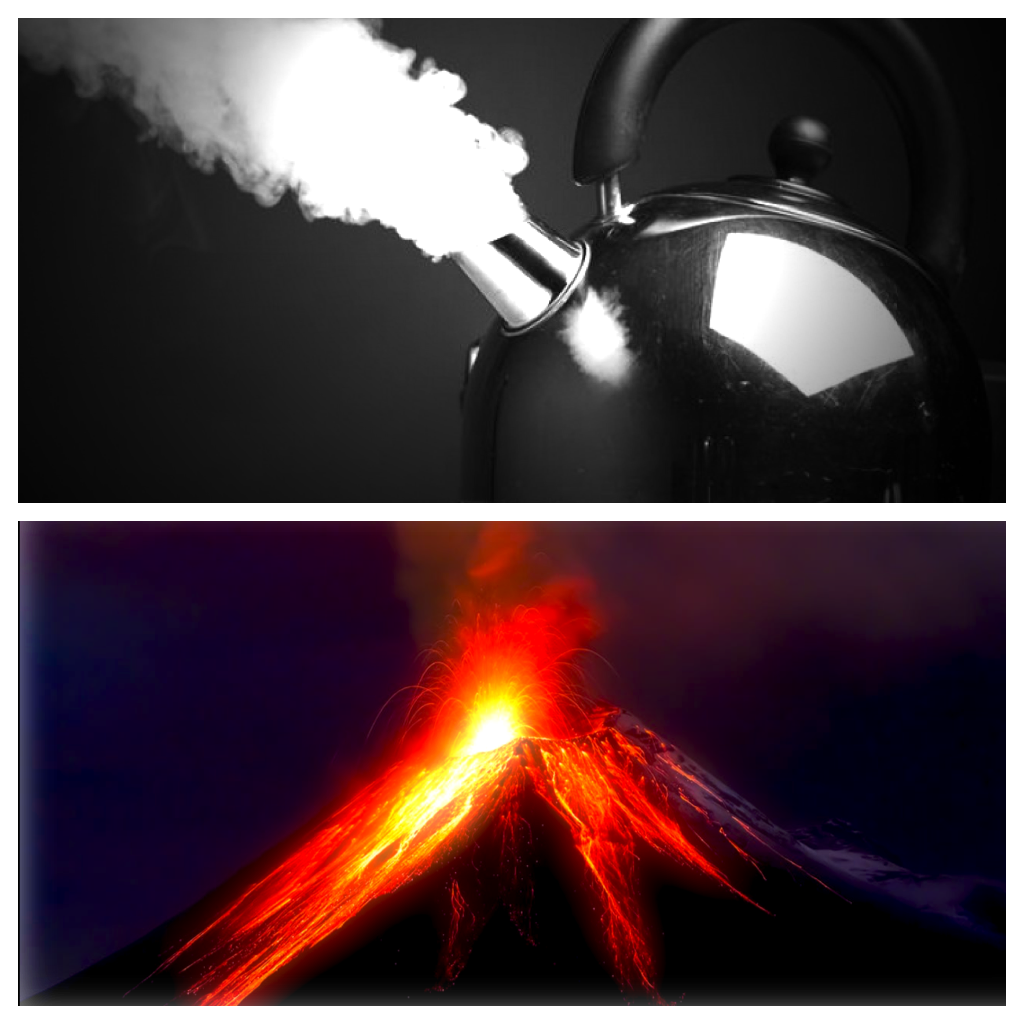 Men want this lasting connection, too. We just don't want the never-ending pressure of hearing the question 24 hours a day/7 days a week...

So what you have to do is start letting the pressure out of the relationship and keep things as relaxed as you can.

Keep the interrogations to a minimum. Don't get ahead of yourself in the relationship.

SECRET: The women that get the most proposals never SEEK out those proposals.

Why? Because they're not putting that pressure on their man.

Stop Him From Pulling Away From You - TIP #7: Stay CONNECTED...

The connection that a man feels with a woman is ultimately what tells him how he feels about her. If the connection is weak or inconsistent, that's what he thinks the relationship is.

So how do you control that feeling of connection with him?

Well, being connected to a guy is not as hard as you might think. It simply requires knowing what his "Connection Code" is.

Men come in different shapes and sizes, but we also come in 5 primary Connection Codes:

This is like the "Zodiac" of personalities and compatibility - only this is based in science and real world psychology...

Each of these "Codes" is distinct and unique. If you treat a "Bull" the same as a "Cat", you'll probably scare him away! 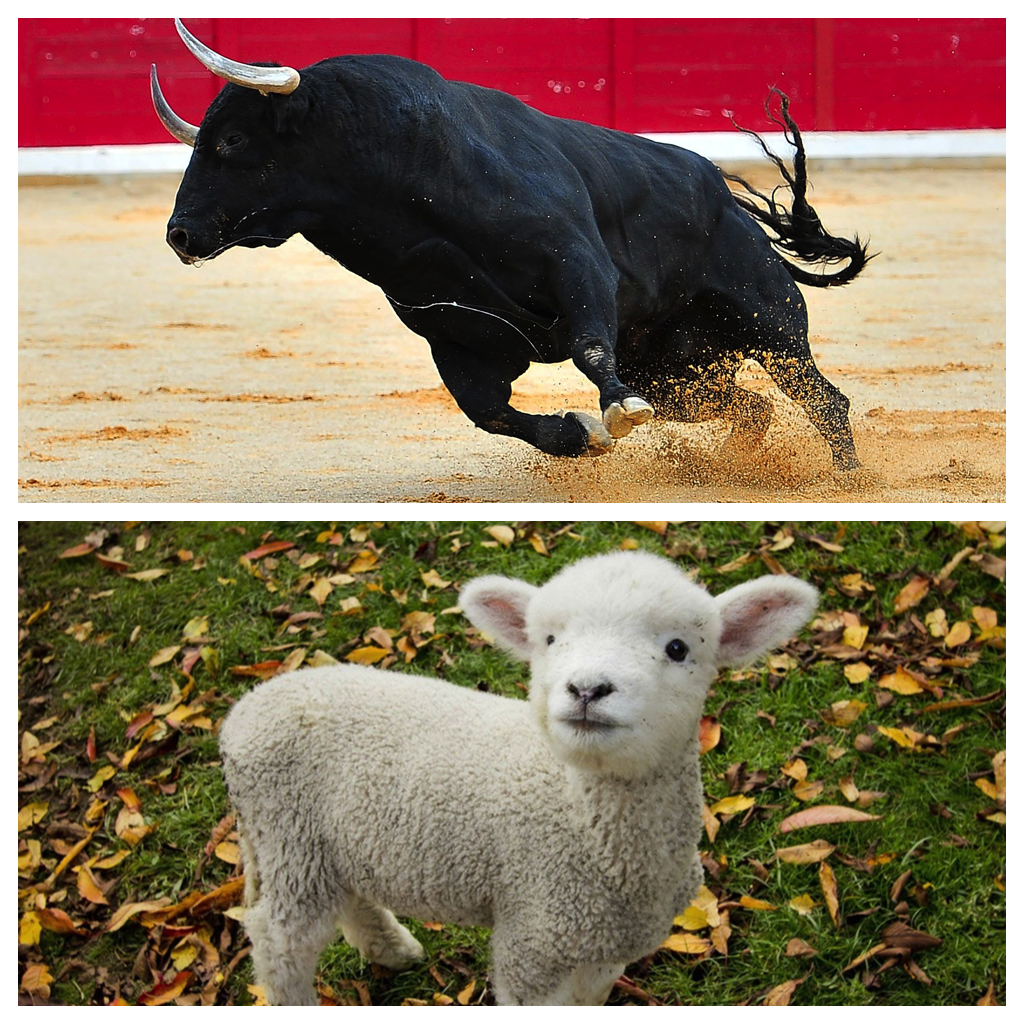 I'm a Bull. My wife, a Lamb, and we still manage to have a great connection...

What women don't realize is that the guy who matches your connection style is the same guy that romances you non-stop...

He will be there for you because he knows you can give him what no other woman can: TRUE understanding and acceptance!

If you think men are looking for their "true love," you've probably been brainwashed by bad magazine articles and romantic comedies. Both of them are meant to sell at the grocery store and the movie theater - not to help you land happiness in a relationship.

Are you ready to discover the truth? From a man who can tell you what men think...?

Go on over and discover what his connection code is...