Are you worried that he could be GAY?

Some women get into a relationship with a guy and they're worried that he could be gay.

Today I've got an interesting situation - a guy who seems like he's into her, but... maybe there's more to it.

DATING & RELATIONSHIP QUESTION FROM A READER:

Hey, Carlos - It's been amazing working with your Forever Yours program - I'm learning so much, and getting the courage to change things in my life!

I am in a tough situation, please advise.

I have fallen in love with a colleague living overseas, who is very successful. We are both performers. We did everything in our power to collaborate as soon as we could, and just spent 2 weeks together on 2 projects in Europe, and planning more in upcoming months. 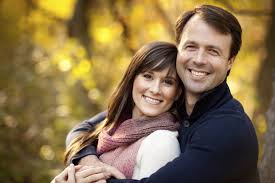 After lots of interest and support shown to me from overseas, he was flirting heavily with me in person, but in the end nothing really happened in the physical realm, not even a kiss. He also commented continuously that we need to talk, and asked me to extend my trip by two days for that reason, but even with the extra time, we never discussed any personal matters, just set lots of plans for future work.

Everyone who experienced our join performance and saw us together thought there is electricity flowing through us and that our voices sound like one, it was incredible, we opened a lot of doors to people's hearts.

At the same time, he has shared a lot of intimate personal history with me, I've done the same, and we clearly have a very strong connection between us, with trust deepening.

There are two strong complications:

After being heterosexual until 24 or so, he has been involved with men in the last 7-8 years, although modestly; he told me he is not opposed to being with women, but it has not happened since.

I myself am in a BTN relationship, I believe; with a great man overall, but I've fallen out of love completely, since he is very unhappy with the way he's chosen to make money and disregard what he is passioned for - music. We have a sunny 3.5 yo son too, for whom I'd love to provide an environment filled with genuine love, joy and intimacy, which I long to experience myself.

I would love to gain more clarity on whether he is interested in me as a woman, and in having a relationship with me.

From Forever Yours I gather that I should probably give him some space and back off right now, since he seems scared to move forward, even start looking at other people, or maybe give another chance to reconnect with my current partner - he sees we are on the verge of separating and finally willing to make an effort on his side as well; still I'm head over heels into my colleague.

Vicky, I have to say that you have an interesting situation.

Unfortunately, there's also a Chinese curse that says: "May you live in interesting times."

I don't think you're cursed, by any stretch, but I understand your confusion and frustration about this man.

I have a big concern about this guy that you should probably focus on a bit more. You said that: "he has been involved with men in the last 7-8 years" and that "he told me he is not opposed to being with women."Hang on, Vicky...The truth is -I think he's gay.Not really bisexual, either.Gay.

Any man with a yearning for women would not express it as weakly as: "not opposed to being with women."

A man with a strong sex drive for a woman would never describe it in those terms - no matter how paraphrased that might be. 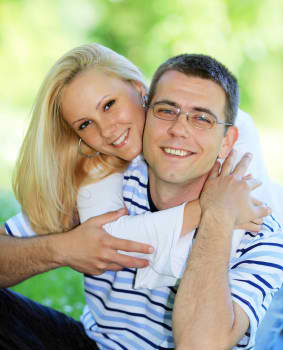 When I think of women - and I'm a typical guy - I get a hot flash of "YEAH BABY! GIMME SOME OF THAT!"

You'd never hear someone describing something they have a passion for as "not opposed" to it. That's like me saying that I'm not opposed to a really good meal.

I believe that's described as "damning with faint praise."

I believe it's been shown in studies that women are much more open to same-sex fun and romance than men are, so you might be more liberal minded about his interest in guys.

But if he's been with just guys for 7-8 years, that's a huge clue right there that he's more into the dudes than dudettes.

It's also fairly well known that many men find it so difficult to "come out" that they will play at being bi when they are actually just fooling themselves.

Now, I could be off the mark on this, but this is my gut feel.

Especially when you said: "nothing really happened in the physical realm, not even a kiss"

If a guy feels desire he WILL kiss you.

We're not equipped with some magical resistance potion to women. If we want you, we get a boner and chase you.

It is literally THAT simple. Pretending he's got something else holding him back in his mind is rationalizing.

When it comes to romance, if there isn't passion - it isn't satisfying. To either person. And you obviously deserve to have that passion with someone. I just don't think it's him.

What I think you have is a passion for performing together, and you are well-matched there. You're creating a passion in your performance, and that's being *mistaken* as romantic possibility.

Now if you really want to see if there's something underneath this guy's confusion and lack of action, by all means - you're going to be working with him so you have some time to figure it out.

And, yes, you need to completely back off from him if he's ever going to have the space to know if he really does have feelings or not.

I just want to protect you from the very real possibility that this guy is not someone you're in love with. Love is never really one-way only.

It's a complete circuit that requires both to participate. What YOU have is an infatuation that is strong.

But you need him to return that favor for it to turn into real Love.

I'd really like there to be some chance for you to make this work. If that's going to happen, your co-worker needs to awaken some very real passion. And that will have nothing to do with talking, by the way. You need to see ACTION.

Let me know how things go. And in the meantime, keep your own options open for a man who has real, awakened passion and sexual desire for a smart, capable woman.

Remember, love and passion doesn't need rational convincing. It's not something that takes effort just to start. It's already there for you...

And here's hoping it awakens with him...