The Quickest Way to Make Guys Chase You

On the other hand, does dating seem so mentally exhausting that it’s complicating your life instead of enriching it? 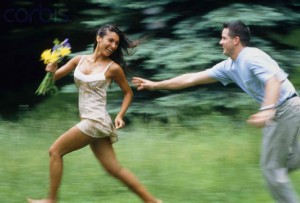 At one point, you might have asked yourself, “What’s the point of looking for a decent guy and a relationship if there’s too much drama involved?”

You already have plenty to worry about as it is, like your health, career, and all that other stuff that makes your life vibrant. So, having to deal with the tricky nuances of dating might make you think it’s not worth it. Lucky for you, I’ve got a painless way to sort out all matters concerning guys (being a member of the male species myself) and let them see just how awesome you are. Here’s how to make the most of what you ALREADY have and amplify those natural qualities to make men notice you: 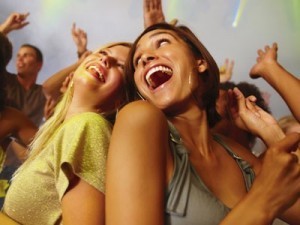 The True Recipe for Attraction

The biggest myth about dating is that you need to behave like a certain type of woman to be more appealing to guys. And so a lot of women resort to sending “mixed signals” or playing the Ice Queen Routine, hoping men will take the bait. But the truth is that you’ll only complicate your dating life if you’re not forthcoming.

Remember, the kind of behavior you show guys is the same exact one you’ll get in return. It’s the old “you reap what you sow” principle in action.

So instead of giving guys the run-around or pulling a cold-and-distant move on a guy, why not be straight up with them?

Think of it this way: do you believe you’ll attract a guy who’ll be straight up if you played mind games with him?

All you’ll get is a man who’s also into playing mind tricks just to get what they want.

When you’re with a guy like that, you’ll probably have fun with him for a while. But once he’s gotten what he’s after, he’ll high-tail out of your life and leave you heartbroken.

I’ll make a wild guess here and assume that’s NOT what you want.

And the Golden Rule approach isn’t just about being honest with guys, either.

Being positive, enthusiastic about life and a generally pleasant woman to be around is a sure-fire way to attract guys with the SAME qualities.

When was the last time you saw a fun-loving, upbeat guy with a woman who was absolutely miserable with everything and everyone around her?

Trust me, you gotta put out the right kind of vibe to invite the right guy into your life.

Taking a Leap of Faith

But then you might be tell me, “But Carlos, what if I end up getting burned even if I was positive and straightforward with men?”

That’s a fair point and a totally valid concern. In the real world, not all guys are going to respond to your well-meaning intentions or open and friendly attitude.

But that just comes with the territory. Why should you let that hold you back from being a likeable and approachable person?

Do you really stand to lose anything by putting yourself out there? Sure, you might feel bummed for a while when things don’t work out the way you want.

Take a step back and look at the other side of the coin – men are also taking a risk every time they approach women.

Look, I’ll tell you right now that most men wouldn’t bother pursuing a girl if all signs point towards the fact that she’s not feeling it.

In our minds, we’re less likely to ask you out if we know you’re not into us.

In other words, we’re EQUALLY terrified of getting turned down!

You might think that we just brush it off when a girl isn’t interested in us. The truth is that we take it just as hard as you do.

So why not take a little risk yourself and fire the first shot?

Just think of the wonderful possibilities that await when you give a guy subtle signs of hope.

Don’t worry if he doesn’t respond; at the very least, you were still pleasant, friendly and honest - regardless of the outcome.

Here’s how I see it: we all yearn for that special someone who understands what makes us tick and recognizes our unique qualities.

More importantly, we want this special person to choose us for who we are, imperfections and all.

But if you hold back because you’re worried of getting shot down, you’ll never truly know if he liked you or not. That’s not a good feeling to carry with you, believe me.

So here’s my suggestion: if there’s something you like about a guy, don’t be afraid to point it out and let him know.

Tell him that you think his new pair of sneakers looks good on him, or that he rocked last week’s sales meeting.

Make an excuse to have a conversation with him – find something funny or interesting to talk about, then let him take it from there.

A gentle nudge never hurt a guy – in fact, he’ll secretly be grateful that you threw a few breadcrumbs his way!

While it’s up to him if he decides to follow your trail, the important thing is that you did it in the first place!

And that’s the easiest way to tell a guy, “Come in, the water’s fine.”

I get how complicated it seems to connect with men, so I’ve taken out ALL the guesswork from dating.

The trick is mastering the super easy-to-learn skill of learning a guy’s Connection Style - you’ll instantly generate massive amounts of attraction in one fell swoop.