7 Questions To Ask Your Boyfriend

One of my best friends in high school, Donna, got married for the second time last year. She says her first marriage ended because she “grew apart” from her husband.

What this really meant was, they didn’t do a good job of taking care of each other. And they really didn’t know that much about each other when they got married. 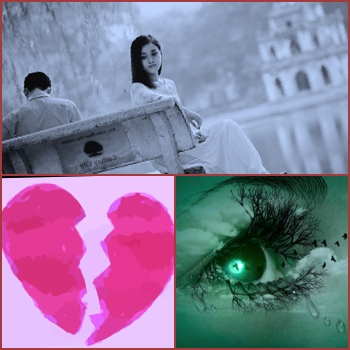 Her most recent marriage is now going well, and I asked her what really made the difference.

I think she knew she was kind of paraphrasing Tony Robbins there, but the insight is fantastic. She’s right on – it IS the quality of our questions that determines a large part of the success in our relationships.

If you aren’t asking the things that matter, right up front, don’t be surprised if you find yourself with someone who feels like a total stranger – even if you’ve been dating for years.

So what I’ve done to help you is pulled together 7 questions to ask your boyfriend that I believe are critical to your current – or future – relationship.

These questions help you discover where a man is on his journey to maturity, and even if you’re a woman who’s trying to learn how to get a boyfriend, you should know these questions for when you get a man on a first date, or if you want to know how to make a guy like you – for the woman you really are. 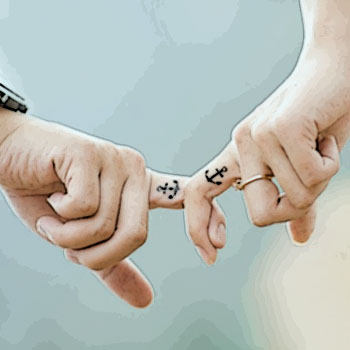 Think of this as being like a “love calculator” that helps figure him out, and add points to your “love score.”

This question is good, because it sets expectations, lightly.

You’re saying, “Hey, I’ve got a need for romance in my life. And I’m curious how you might give me what I’m looking for.”

It also gently hints that you’re a woman with standards as well. Many women try their hardest to look “low maintenance” up front.

But later – when they’ve subordinated their needs to his for a little too long (to keep from looking “high maintenance”) the pendulum needs to swing way back to compensate. 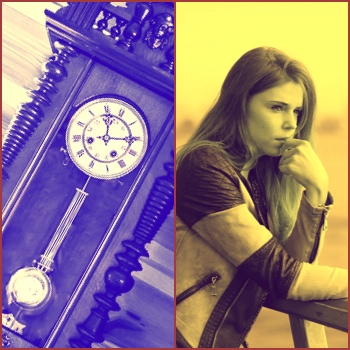 This can lead to a little freak out.

So instead of doing that, use this question to set the right kind of precedent for him.

And it also mines him for information. What does he consider a “romantic” date?

If he comes up with stuff that sounds very “Homer Simpson” to you, you might have a problem. And by asking now, you can avoid that problem.

QUESTION #2: You find yourself alone in my house – what do you do?

We all know the REAL answer to this question. Men and women would both snoop a little. Of course, we wouldn’t say that, but it’s true.

You might want to throw on a sly look to let him know you can imagine a bit.

If he tells you that he’d snoop, he’s being honest, but it could be a bit awkward. 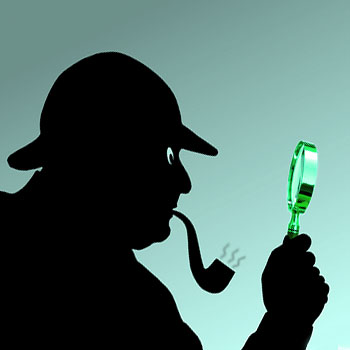 If he doesn’t say that, and says something else, you should listen intently to his answer.

See if it sounds thoughtful.

See if he’s going to look around to figure you out, or if he’s just going to plunk down in front of the television and just wait for you.

See if he’s the type to make a run to the refrigerator for some food. (Sorry, but that answer is a bit neutral, not much to learn from it.)

Don’t be afraid to push him a little on the question. “No, come on. Really, what would you do? You just have to stay out of my underwear drawer.”

Now we get to:

QUESTION #3: What makes you smile?

Asking a man a question like this one on a first date is a guaranteed way to make him smile. (Just asking makes us have to think of something funny.)

When we are asked to think about something that has a certain effect, we relive the effect, as if it were happening again.

This is an old trick from psychology that works on just about everyone. It’s called state recollection – and also “future pacing.” (I’ll give you some more tricks using this in a minute.)

When he starts smiling, you can coax the entire story out of him, getting him to share. 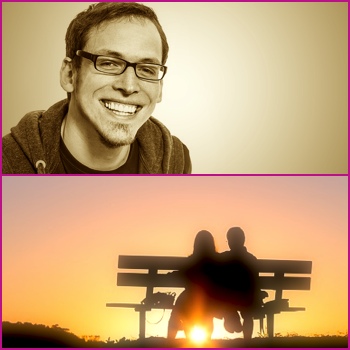 Chances are you’ll get a kick out of it, too. This is a great way to break the ice on a first date.

It will also help you find out what he is interested in and passionate about for future reference.

QUESTION #4: What is your favorite sport?

Sure, it is something of a stereotype, but most guys love to talk about sports.

What you’ll discover about him is which sport he’s most into. The followup question would then be, “Why?”

It’s not the “what” that really matters so much, it’s his answer about why he likes that particular sport. Listen for his reasoning. 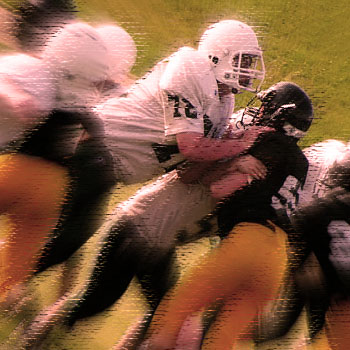 Is he into the conflict?

Is he just addicted to sports in general?

Listen in between his words to hear the whole story.

You’ll be surprised what you can find out when you drill into the reasons why.

Then you’ll want to ask him:

QUESTION #5: If there is any place in the world that you could go, where would it be and why?

This is a great conversation starter, since it opens up a lot of what-if tangents.

For example, you ask him, “If you could live anywhere – or go anywhere – in the world, where would you go?” 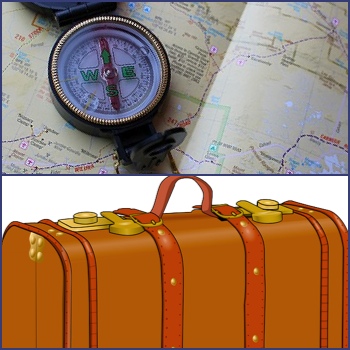 You say (looking impressed with whatever choice he made): “Really… why there?”

Him: “I’ve been fascinated with their history and civilization, especially their inventions. Did you know that the Chinese invented gunpowder – and the compass?”

And of course this opens up a whole host of other questions like:

– “What would it feel like to see those Terra Cotta warriors in China?” 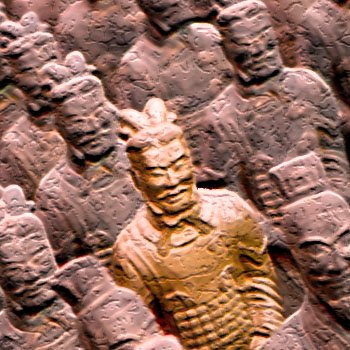 Listen close to the feeling words he uses when he talks about that location. And then, when you feel that topic is exhausted, you can add:

And then the obligatory: “Why?”

Now we get to:

QUESTION 6: If we were dating, how would we celebrate our first anniversary?

This one is a stealthy ninja strike right into his heart, if you use it right. 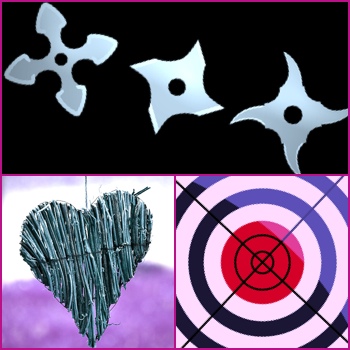 Because you’re asking him to imagine a date in the future when he’s already become romantically attracted to you.

Future pacing is a type of mental imagery, a powerful way to anchor his emotions to situations that you create.

You’re basically telling him to entertain you as his committed girlfriend, which then plants a seed in his thoughts.

Don’t be surprised if he suddenly pulls closer to you and starts gazing more lovingly into your eyes after he answers.

QUESTION 7: Who was your first big crush?

This is another pacing question that requires him to really dig into his emotional history. When he talks about the memories from this first crush, you should be asking things like:

– Do you think it was the most intense emotion you’ve felt?

Now, keep in mind that this is ancient history for him, so there’s no need to get jealous in any way. In fact, this memory will only serve to anchor the same emotions back to you.

Every man has a deep need to reconnect with the magical feeling of desire in his youth – and lust, truth be told.

By getting him to “time travel” back to that moment, you nudge him into feeling a little of that magical love right there with you. 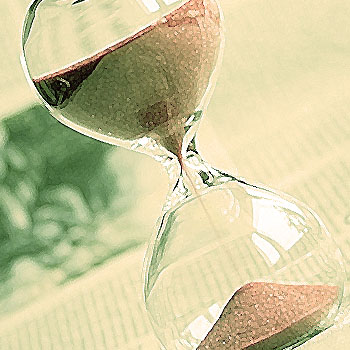 And there’s a good chance it will rub off a little bit… on you.

Remember that after you ask these questions, it’s also likely he’ll fire them right back at you. So you’ll need to have a few good answers of your own for each of those questions.

But what you’ll find is that the discovery process is fun and enriching.

And the connection you forge with him in just a few minutes of quality conversation like this will not only get a guy to like you – and help you get a boyfriend, or make him feel more connected to you – but it will stir up the right kind of emotions for him to make the moment between you special and memorable.

When you’re finally in front of that guy that you met online dating or wherever you may be, you need to be in the position to make it happen with him.

And to do this, you’ve got to know what his signals are.

What does he really want?

Of course, the best thing for you is to get yourself knowing how to read his signals, go to: www.datingadviceguru.com/readhissignals