Why Do Men...? 3 Questions Answered About Men

If you've ever asked yourself the question: "Why do men (fill in the blank)?" - this article is for you.

Which is my way of saying that every woman alive should read this and memorize it.

In celebration of my upcoming program: The Ultimate Guide To Understanding Men, I wanted to share with you some of the top questions I'm asked about men and why we do what we do.

Now, I'll be the first to tell you that some of these questions demand a whole book to explain, so I'm going to give you the nitty gritty. 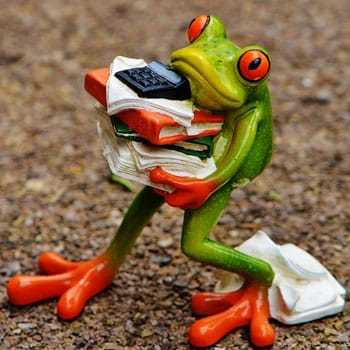 And believe me, I've got a ton of them, so we'll be returning to answer more questions about "Why do men..." And "Why DON'T men..."

First of all, I have to set the record straight: Men don't stare at women because he's getting ready to cheat on you.

His lack of control over his eyes is not a reason for you to be thrown completely into anxiety every time an attractive woman enters the room.

You see, the thinking seems to go like this:

Therefore: Men looking at women means a challenge and a threat to your relationship, because he will probably cheat on you. 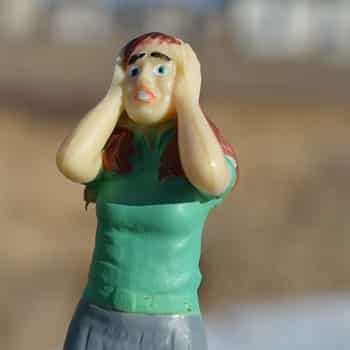 We'll get to the cheating question in a minute, but this "logic" is incorrect.

His looking is NOT cheating, nor is it intended as disrespect - despite how you interpret it.

Here's the reality: Men look because we are visually dominant and visually focused in life.

This comes from hunter-gatherer times when a man's eyesight was crucial to landing the big mammoth protein bar walking across the plains.

BUT - there's another part most women don't know:  With the exception of your personality, ahem - we can tell most everything about you that tells us if you'd be a good mate and healthy prospect as a mother from your physical appearance.

I know that sounds really clinical and almost - dare I say - objectifying, but it's true in evolutionary terms.

Those all tell us your health.

And yes, YOU DO THIS TOO! Underneath your rational level of awareness is a level where you see a man and think, "Would he make healthy babies?"

If you think Carlos is way crazy on this - click here to tell him...

So men stare at you for all those reasons...

AND because he's trying to think of something really incredible to say to you that will make you fall into bed with him as soon as he says it. 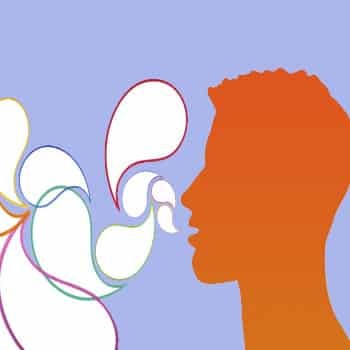 Well, maybe not that fast, but you get the idea. While he's staring at you, his brain is locked in a fight over risking rejection and talking to you, or sitting there and being stunned by your beauty.

I hope the right side wins, ladies. I really do.

This one is a doozy... I get asked this frequently. 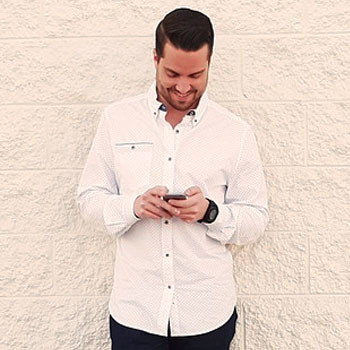 A guy will text you for the same reasons you like to text - it's easy, fast, and you're not obligated to respond right away. Texting also doesn't really get in the way of whatever he's doing at the moment.

Texting also allows him to THINK about his responses before he sends them.

Here's another shocking fact: When a guy is in your presence, his brain goes blank.

A woman's beauty does that to us, as I mentioned earlier. It literally shuts down a guy's rational brain, and reduces him to his limbic - or emotional - brain.

(Which is also why men frequently go quiet on you in person.)

So if you're not there in front of him to put him into a stupor, he now has the luxury of trying to TEXT you the RIGHT THING.

And he's always thinking: "What can I say that will get me in bed with her, and not make me wind up as just friends?" *

* Let me again clarify that this does NOT mean that sex is ALL he wants from you. It's simply the order of priority that men place on their sexual needs.

For men, sexual release is a biological function nearly as strong as hunger or the need for sleep.

This "primitive" urge is something that men need to handle at a minimum of every 2-3 days. So you might imagine the urgency that builds up as a result.

Think of it like this: You have hormonal cycles - and this is a man's hormonal cycle. And it's to the same result that your hormones push you to...

Your destination is ... procreation.

So enough about primitive sexual urges.

You might have noticed that he doesn't text all that many words, either. And again, this is because he doesn't want to ruin the attraction he's developed with you.

So his text replies will mostly be simple and short.

Just keep in mind that a man would much rather be there with you in person than conduct conversations via text or the phone. So don't fight his modality - go with it.

Wow, I sure like cover the tough stuff, don't I?

Most of the women I knew growing up were convinced that all men were "dogs" and cheaters.

It took me years of research into what was really going on between men and women to fully understand the dynamics of sexual attraction. And I've come to realize that men and women are much closer in their drive to be unfaithful than most people realize. 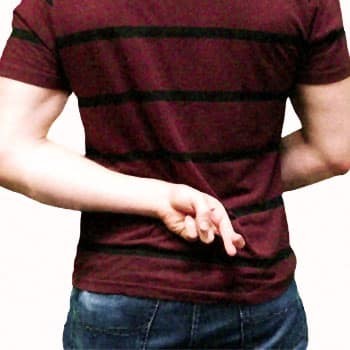 So why do men cheat?

Basically whatever they long for.

You see, ultimately we cheat for that ONE reason: To get what we think we're not getting.

And very often we find that we're not getting something in our relationship simply because we never ASKED for it.

Or, we create an unhealthy dynamic in our relationship where we feel like the victim of the other person. 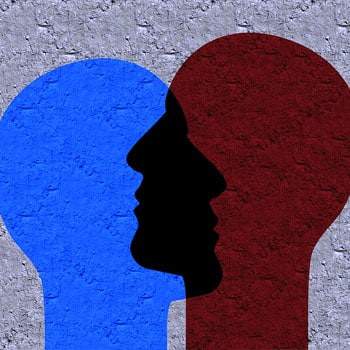 Men cheat for sex, but we also cheat for attention and understanding. Emotional dissatisfaction was the primary reason for 48% of men who cheat. In fact, only 8% of men cheat for sex alone.

In many cases, women assumed that men had no emotional needs to attend to. This is usually because men keep their emotional lives hidden, and it takes WORK from you to find those needs.

If you want to get to know his needs, you have to create a connection that makes him committed to you and the relationship.

The next logical question you probably have is: Carlos, this is all great to know... Now HOW do I make him totally committed to me? So that he never cheats on me, and I'm the focus of his love and attention?

How do I get him to text me?

How do I stop him from looking at other women? 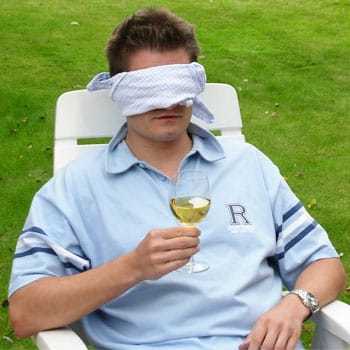 The secret to getting a man to give you his all, to have him fall in love with you and never think about other women - or betraying you - the secret is actually quite simple...

You have to make him commit to you - completely.

I'm sure you've seen a relationship where the guy worshiped and adored the woman in his life. He was practically on his knees begging to make this woman his.

What you don't see is how that woman created a deep, unshakable connection with him behind the scenes. She figured out a way to make sure that the two of them are always in touch emotionally.

Once you've covered that base, pretty much everything else comes easily after that. You'll get all the wonderful benefits of an utterly and FIERCELY devoted partner who'll pull out all the stops for you.

To create that kind of connection your guy craves, you'll need to eliminate all those secret fears in his mind. This is one of the most important aspects of a man's personality that most women aren't aware of.

Again, this goes back to your guy's modality. He operates on a certain wavelength which you need to appreciate and understand (which actually isn't very hard to do). 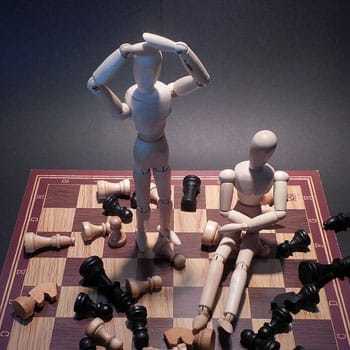 And no, you don't have to be clairvoyant to discover this hidden truth about men. No psychic skills needed - all you need to do is check out this eye-opening video.

You'll find out how to create something called the "Cupid Effect" on your guy.

This Cupid Effect triggers a hardwired response and compels him to obey a certain "Love Law".

This is critical to the future of your relationship. Once you've brought him to this point, he's basically ALL yours.

With THIS little technique, you'll have the power to remove ALL the barriers between you and his heart. You just have to know the exact steps - CLICK HERE to learn more...

Click here to learn How To Be More Dominant In Bed.