Finding Your Soulmate - 7 Signs You've Found The ONE

Whenever I talk to my friends about soulmates, the conversation always gets heated and intense.

Half the women I talk to feel that soulmates are real and that there's a person out there that you're DESTINED to be with.

The other half of my female friends think that soulmates are simply a Hollywood myth.

A myth that tends to make women too critical of their partners - expecting a perfection that doesn't exist. This half just "doesn't believe in that sort of thing." 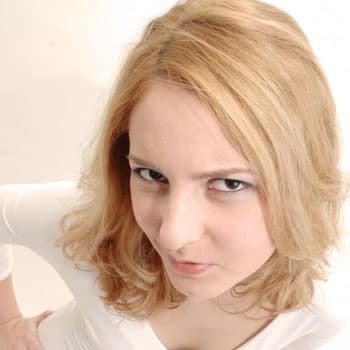 What do you think? Is there a soulmate for you?

Or is it just a man you can create the foundation of a lifelong, loving relationship?

No one can deny that we are all in search of the person who "completes us." ( My apologies to those of you who hate "Jerry Maguire")

We all want to find that one perfect person we imagine is out there waiting for us, that makes us feel loved until the end of our days.

This is the guy that you imagine has an unexplainable sense of familiarity to you - like you've been together in a past life.

And then there's the uncontrollable and unstoppable attraction and chemistry... 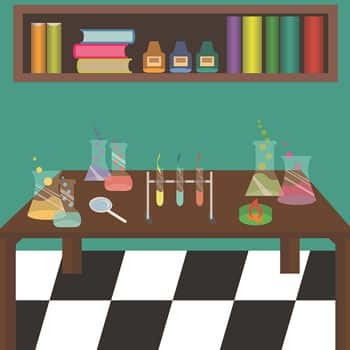 People also think that their soulmate will be immediately compatible with them as well. And that we're not going to have any relationship difficulties. (I'll tell you why that's not true in a second...)

Now, a lot of the advice you'll hear is not valid science, and that's why I want to tell you how to recognize when you've found "The One" with these 7 soulmate signals.

Dr. Ted Hudson of the University of Texas ran a longitudinal study of couples that had been married for years, and he found something interesting.

He found there is no observable difference in the compatibility among those couples who are unhappy vs. those who are happy.

Couples that feel content and warmth in their relationships said that compatibility wasn’t an issue for them. They noted that it was the both of them who made the relationship actually work, not the compatibility of their personalities. 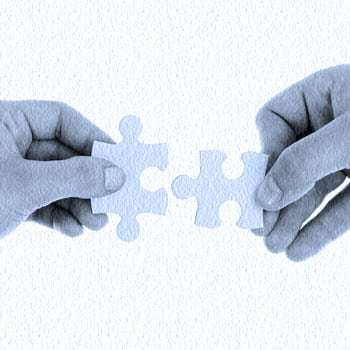 When unhappy couples were asked what they thought about compatibility, they all answered by saying that compatibility is extremely important to a marriage. And they blamed their problems on "compatibility." And there was no measurable difference in their compatibility.

So when you're looking for a sign of whether or not your man is your soulmate, don't look at how "compatible" you feel with him.

Instead, look to see that your lives seem to naturally overlap in a way that makes it feel like synchronicity.

Things will just feel very natural and unforced when you're together. Like two gears that fit well together.

This Guy Could Be The One For You - Signal #2: He supports your dreams...

You want to look for a man who creates a sense of positivity between you.

Something I've noticed about relationships that work versus those that don't is that, in the happy relationships, each person is on a positive footing with their partner.

The man doesn't hold her back. He focuses on the "you can do it" without a lot of "doubt speak."

In fact, quite the opposite. He'll be overflowing with faith and belief in you. 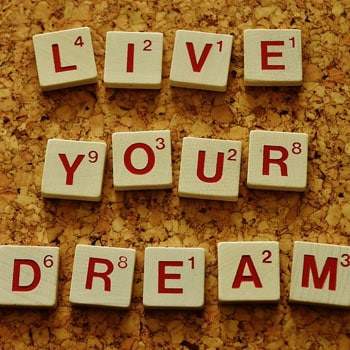 If you find your partner isn't behind you in your pursuit of growth, and the betterment of your life, you can bet this guy probably won't make a good husband for you.

On the other hand, if he's always there to talk things up in a positive and affirming way, and he's not battering at your sense of self-worth, there's a good chance this guy is a keeper.

All things considered, the most important sign of a soulmate is how much they motivate you to be a better person.

Is This Man A Keeper? Signal #3: Communication is almost telepathic...

I want to be clear on this one - I'm not saying you have to be able to read his mind, and he yours.

I'm saying that when you almost don't have to speak, and he understands where you are, that's a huge kind of compatibility that makes a soulmate out of him.

Inevitably, you're going to find a relationship just works when your man can read your emotional signals. 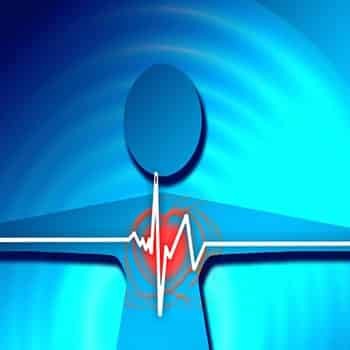 Even if he just picks up on them and knows when to ask "Hey, is there something wrong?" - that's going to make you much more likely to succeed.

You'll feel loved and heard by him, which is priceless.

Remember, if a man asks if you're upset, and you are - and you don't tell him - that's going to damage your connection with him. And if that kind of denial goes on too long, it will cause long term harm.

You're looking for the guy who can reach out and touch your hand at the right time, or give his full attention when you've made it clear that you're struggling with something emotionally.

Anything less is an emotional disconnect that is unstable and nearly impossible to build a loving relationship on.

Have You Found The One? Signal #4: The Chemistry Just ROCKS!

Yeah, you can't keep your hands off each other...

You love touching and exploring each other's bodies, and you just can't get enough of each other...

When you've found your soulmate, the sex will just work between you.

Soulmate Secret - Signal #5: You're almost TOO comfortable with each other...

If you find that you can talk about literally ANYTHING with him, you've got a special kind of link there.

In my own relationship, Jen and I talk about ANY topic. NOTHING is taboo between us.

And I wouldn't have it any other way.

In a truly honest relationship, one that is built on the most powerful of love, there can't be any forbidden subjects. There has to be a trusting channel of communication that can handle anything.

Because if you set certain topics as "off limits," you're fostering a "secret zone" that you both hide stuff in. 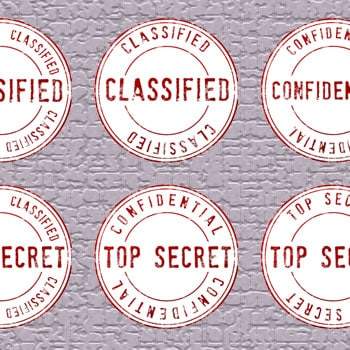 It's like a tiny safe where you decide to store your secrets. And over the years, it gets easier and easier to put stuff in that safe.

If he doesn't feel like he can tell you whatever is on his mind - even his occasional weird manly desires in bed - I mean ANYTHING...

... if he doesn't feel that kind of openness, he will never be fully trusting of you.

This Man Could Be Your Forever Man - Signal #6: It's a challenge

I don't mean that it's a challenge to stay in the relationship, not exactly. 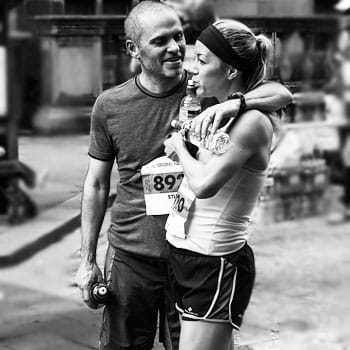 Because - and I really hate to burst your bubble on this - a soulmate relationship is not smooth sailing all the time. It's not effortless.

In fact, it's the waves you conquer together that make you stronger as a couple.

We must rely on our soulmates to help us evolve as people, and to help us become even more authentic to who we are inside. We must always be moving toward MORE truth on the outside.

If your man is going in the complete opposite direction, of course you can't have the kind of loving lifestyle you desire. You'll constantly be at odds with each other.

But when you are headed the same direction, you'll know that even the difficulties are forging your relationship into an unbreakable chain of connection between you.

And this leads me to:

Is He My Soulmate? Signal #7: You're Both Ready For Love

When you do find the right man, knowing when to hold 'em and when to fold 'em is critical to success.

Some guys just aren't in the right place to make things work - right now. If you catch them a few months or years down the road, they might be your perfect man. 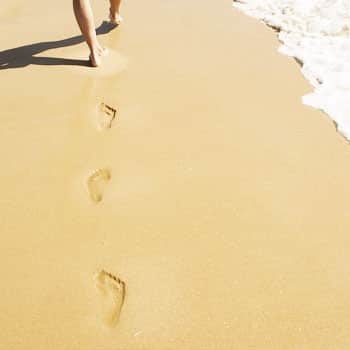 I'm reminded of a lesson I was taught by a friend when we were shopping in the streets of Beijing, China.

We were looking for deals on cool stuff that the street vendors were selling to the tourists. You could find anything from t-shirts to silk suits, and all of it at great prices.

IF you knew how to haggle with them.

I found a really beautiful decorative sword for my office. I was feeling pretty good about paying only $100 US for it, too. Until I ran into my friend, who had the exact same sword.

"How the heck did you do that?" I asked. "I must have negotiated with that guy for 20 minutes. Now I feel stupid for spending so much."

"It's not the negotiation," he said. "The most important part of getting the price you want is being willing to walk away."

That lesson stuck with me for years. I used it time and again in buying cars, and other situations where I had to haggle the price down. 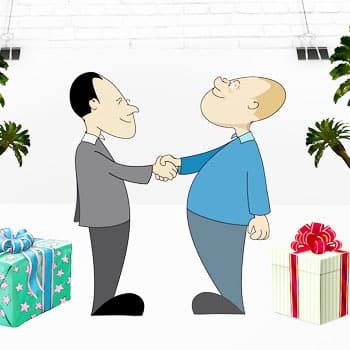 But most importantly, I discovered how important it was in the world of relationships.

"The one who loves the least controls the relationship."

WOW. That really caught my attention. I must have argued with that person for over an hour, but in the end, I discovered it to be absolutely true.

Not only is it a factor of timing with men, but it's a matter of posture.

Of knowing you have The Stuff that men want. That you know better than any other woman how to make a man.

That kind of security in yourself is the confidence you need to find your soulmate.

Any woman can find her soulmate, but not all of them will.

In fact, by my estimation, less than 5% of all first time marriages - and less than 10% of second or more marriages - are with soulmates. Most of the time we settle before we reach our goal.

I want to show you the signal that tells a man he's your soulmate - especially if you know it but he can't see it!

In this little video I put together, I talk about how your man is waiting for you to tell him that you're The One.

His True North. The Girl Who Shouldn't Get Away.

Whatever you want to call it, you need to send him a LOUD and CLEAR message that you two are meant to be together. 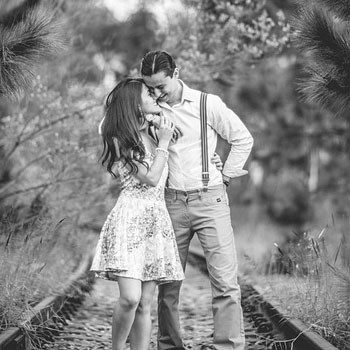 But you can't actually say it to his face - you'll have to get your message past the defensive wall that all men put up.

Here's how to slip him the Soulmate Signal - CLICK HERE to watch my video now...