How To Be Irresistible To Men – 5 Sexy Tips

Hmm… Women want to the secrets of how to be irresistible to men. But, let’s be real for a second here: There isn’t a woman – or man – alive that doesn’t enjoy the attention of the person they desire. We love it because it does so many things for us…

And much more than that…

Does he find you irresistible?

The thought that someone finds us so attractive and compelling that they can’t even control their own feelings and actions is the ultimate statement of our sexual power. It’s almost MAGICAL…

But it’s easy to assume you know what men want, and what men find irresistible in a woman.

Be Irresistible To Him – Tip 1: Tame Your Emo

Men love women for their emotions.

And contrary to what you might think – especially if you read a lot of magazines – men have a lot of emotions for women. They just don’t always offer them up.

In fact, men enjoy talking about emotions in the safe context of a relationship that has a safe zone around discussing his feelings. (Unfortunately, safety is something many women don’t understand as a man sees it.)

But one thing will stop a man from expressing his emotions to you, and that’s if you’re already over-expressing your feelings to him.

It shuts us down.

Too much emotional expression floods our nervous system and makes us want to withdraw.

So you have to keep a tight rein on your emotional expression with a man. Yes, including the tears.

Remember, I’m not saying you can’t express emotions to a man. Far from it.

You do need to be aware of his state before you express them, however.

Are you in control of your emotional state?

The more highly charged the emotion you’re feeling, the more you need to check in on where he is before you launch into that conversation.

When a woman demonstrates this kind of calibration and control of herself, men find it irresistibly CONFIDENT and sexy.

In fact, if you’ve ever heard that men like confident women, this is the reason why.

Confident women tend to have a firm sense of their own emotional state – and they also have a powerful sense of self control when expressing their emotions.

THAT is the definition of “confident woman” to a man.

He’s not saying he wants a “bitch” or “aggressive” woman. He’s not saying that he doesn’t want to see you when you’re feeling needy or insecure, either.

Only that you have control over yourself.

Be Irresistible To A Man – Tip 2: Turn On The Enigma…

One thing is for sure – men love a mysterious woman. Nothing captivates us more.

When we meet a woman and she’s the quiet & silent type, she arouses our interest – and we find her simply irresistible.

So the more mystery you can create about yourself – at least at first – the more likely you’ll get him addicted to you.

When a woman over-discloses, it’s like someone coming up and telling you the end of a movie…

Imagine you’re watching a mystery, and someone walks in and tells you Professor Martin did it in the study with the hammer. Now you have nothing to puzzle out on your own. The fun has been ruined. And not only the rest of the movie is ruined – the time you’ve spent so far is also wasted.

Do you give too much of yourself too soon?

So keep the mystery going for as long as you possibly can. Don’t be in such a hurry to get to intimacy.

Here are a few things women do that ruin the mystery:

How To Be Irresistible – Tip 3: Save Your Sex…

If you’ve been reading any of my tips, you’ll know that I’m a huge believer in old school romance. There’s a reason it used to work, right?

I mean, all you have to do is look at how much our modern habits and technological methods of connecting have failed to make dating ANY easier.

In fact, in spite of all the great strides forward and all the new methods we have of meeting and finding The One – finding our soulmate – dating is harder than ever!

One of the biggest factors in the decrease in romance is the same as the decrease in men’s interest in getting married. (If you haven’t read my article on why men don’t want to get married – click here to read it.)

So what’s the big reason?

Women are giving up sex far too easily.

This is the mistaken belief that “liberation” and “female empowerment” means you should act like men.

Which is just as inaccurate as thinking that a “sensitive man” is one that should be able to cry on your shoulder like your girlfriends do.

Yep – that yucky feeling you just experienced where you might have felt both “Yeah!” and “Ewww!” at the same time…

That feeling is the confusion we have around this subject. Everyone is trying to bend gender definitions so hard, they’ve broken them.

There’s NOTHING WRONG with being a girly, feminine woman. In fact, if you’d like to be more successful with men, I’d highly encourage it.

When you give up sex too quickly, you’ve found yet another way to “ruin the movie” for him.

Men take time to bond emotionally with a woman. And all the teasing and build up to that first time you go to bed with each other is what keeps him around after the first time.

But on the first date? I don’t care how great you “click” with him – that is NOT going to improve your chances of a loving relationship.

I guarantee you will KEEP more men interested by waiting than you will lose by hurrying.

So hold off. Wait until it’s right.

Guess what? He’s just letting himself be led around by his pecker, and you deserve better than that.

Be Irresistible – Tip 4: Be Easy To Be With…

If you’re not easy to be around, men will avoid you.

If that sounds like the biggest “DUH” you’ve heard all year, I’d agree with you. But you’d also be surprised at how many people break that rule. Simply because they weren’t aware how they were being so high maintenance.

Do you want to know what men secretly want?

His goal in life is peace.

Are you laid back and easy to be around?

So when a woman brings in turmoil, drama, and complications into our life, we will stop and pause to see if it’s all worth it.

In fact, in many cases, when he pulls away from you he’s really taking a breather to see if he’s still feeling that ‘easy and pleasant‘ vibe with you.

When a woman makes a big deal out of small things, it’s going to turn him off.

Think about this in your own life: Of all your friends, who do you typically hang around?

If I were to guess, I’d bet they are the people that you find it EASIEST to be around.

Which means they don’t make your life more chaotic and difficult.

How do you give him peace of mind?

A relationship is a way out of the craziness for a man. He wants his relationship to be a refuge and a place of safety for him.

If you’re prone to over-analysis – to the point where you never feel very connected or secure in your attachment to your man, it’s time to get that handled.

Because it will not go away on its own.

Remember: Easy to be with…

I have never seen such confusion about the simple fact of being a woman these days.

Another of the myths we’re being sold is that because women have every right (and they do) to do anything men can do, that means that you should take on roles that you do not find natural, comfortable, or compelling to you.

One of those roles is to be more “masculine” in the context of a relationship.

Look – I’m not saying you should be weak and submissive. Not at all.

Again, at the risk of sounding like a 1950s dinosaur (which I’m not) – I want to state emphatically that I’m fully supportive of women doing whatever the heck they want to do.

HOWEVER – when you act like the other polarity – masculinity – be prepared for very few men to find you attractive or interesting.

STRAIGHT MEN ARE ATTRACTED TO WOMEN.

Or … even better stated:

I’m not sure how this got confused over the years, but it’s pretty important.

Let me say it yet another way… 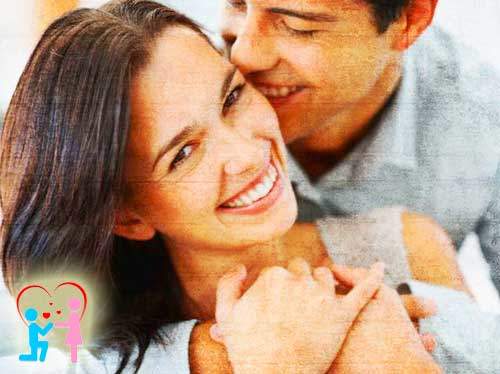 Radiate your natural and feminine beauty.

I see countless women who have neglected the part of them that is naturally irresistible to men:

You’ll see that these do not require you to sit in silence and adopt some old world image of femininity. It requires you to find your feminine core and be true to it.

And when you do, you’ll discover just how irresistible you are to men…

If you want to discover the secrets of irresistible desire, I’ve got a special report for you…

Discover How To Magnetically GRAB Almost Any Man’s Attention To You,

And Get Him To Irresistibly Desire You…