What Men Want: 5 Reasons He Will Commit To You

What Men Want: Want to know why He Will Commit To You instead of another woman?

How much easier would your relationship be if you could make him infatuated and devoted to you?

How much nicer would it be if you were able to get him to really commit his heart to your relationship?

Instead of one foot in and one foot out...

Wouldn't it be great if you could just get him to open his heart to you? 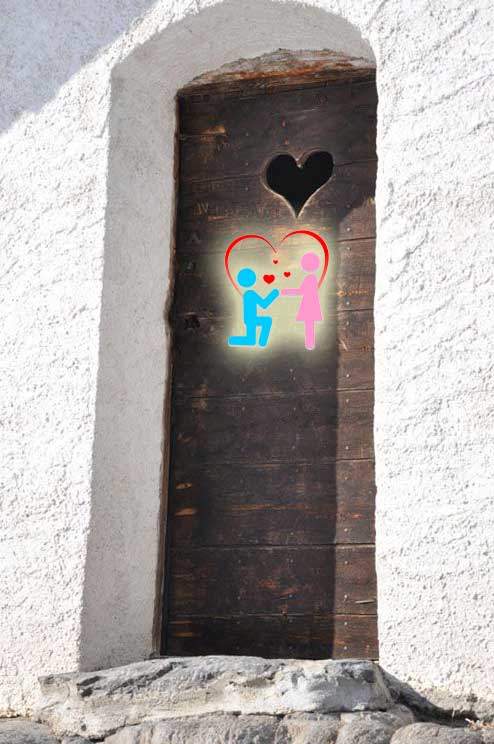 Be the key to opening his heart...

I'm talking about "speaking his language" of needs and secret desires that he holds inside - and hides from you.

I'm going to help you out by exposing what he wants. What all men really want at heart....

Let's go through the five reasons a man WILL commit to you or your relationship...

Learn them - Know them.

No, "solid foundation" isn't a clever way of saying "round hips."

(Although, you really can finally stop worrying about the size of yours. Men don't care about them like most women think.)

He wants you to have REAL CHARACTER. You have to be a mature woman that's all grown up.

(You'd be shocked to find out how many wannabe-women we end up dating when we're looking for The Real Deal.)

Character is not really emphasized in women these days. In fact, I don't know that it ever has. Probably because most guys make their "buying decision" based on appearances. On Looks.

But then they rush to do a "trade-in" if they find out you've got one of these traits:

I'm sure we could go on and on about these. 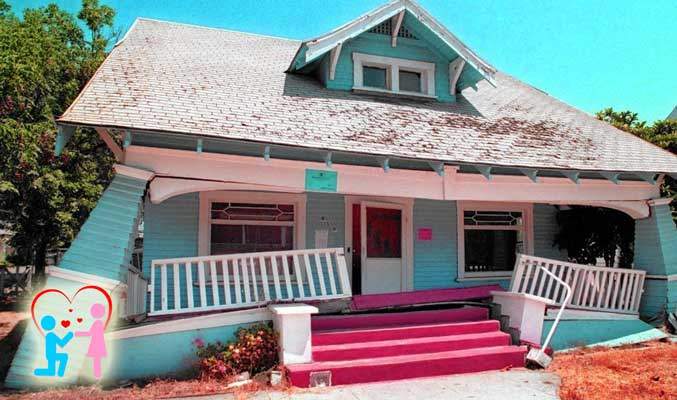 Have a solid foundation.

The point is that you have to be a good person if you want a man to invest in you over the rest of your lives together. He wants in you what you want in him.

Character is NOTHING about your appearance.

It's everything to do with the Hard Stuff of being a good person.

Men want a woman that is investing just as much time and energy into her makeup and hair and clothes as she is in her quality of thinking and being in the world.

Skip your makeup and hair and just come over to hang out with him in sweats and a t-shirt. If you can't be with him on that level, your long-term relationship won't have a solid foundation.

Look, you-know-who might have sung about this one - but she really didn't understand how incredibly important this is to MEN.

We live in a world that pays very little respect to men. Shocking little. The modern media is in the middle of a feeding frenzy. Lots of men misbehave, yes.

But here's the kicker: Just as many women do.

Women are simply a hell of a lot smarter about keeping their misconduct off the radar.

Most men are good men...

Most women are good women.

But that makes for boring news, and boring social media. So we get the vapid and revolting shoved in our face every day.

Respect is really the #1 thing that a man wants. I snuck it in here at #2 because gold and diamonds always need to be discovered, never thrown around casually.

Respect him - and yourself. 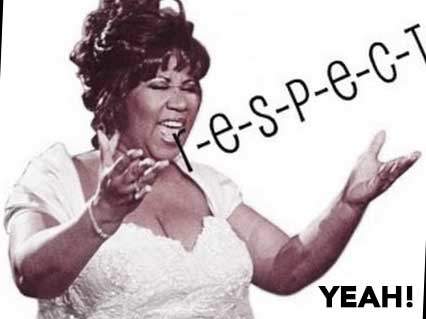 Your mama didn't raise a fool!

Talk only about him in the highest regard. If you can't do that, it's likely you made a really bad choice in a man. So don't make it his problem you're still choosing to stay in that dead-end relationship.

Leave, and find a man you can get behind and support.

By the way - do yourself a favor this week: Do a social media audit on yourself.

Remember - the Internet is that place where everything you say is available 24/7 for him to Google and find.

And it's probably going to be there long after you're gone.

Look, I'd be lying if I didn't tell you that guys like lots of physical affection... Both sexual and non-sexual.

The mistake many women make is thinking that it's purely sexual for him.

He needs more petting than a 2 week old kitten...

The mistake usually happens when a woman is feeling insecure, and she holds back on displaying her affections for him out of a need to "see" the proof of how he feels. So she holds back on the attention, and he starves.

And a love-starved man isn't going to feel generous with his love... he's more likely to hold himself back.

Help break us out of our self-imposed prison cells... 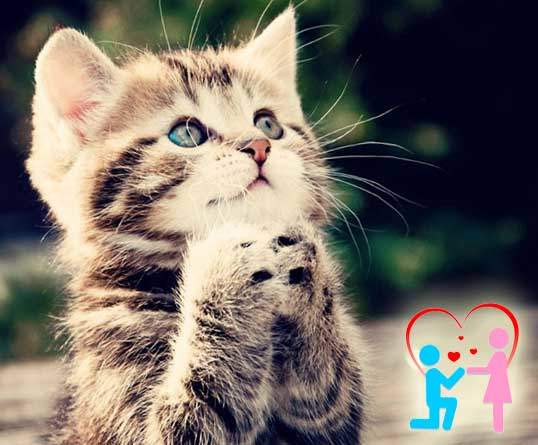 If you've ever touched a man on the arm and seen how he straightens up and responds, you'll know this to be 1000% true.

And when it comes to sex, there's no such thing as "too much" - for either of you!

Men feel loved when they feel their woman wants him and enjoys him sexually.

Yes, for those of you familiar with the "love languages" - Physical Touch combined with Acts of Service is a winning formula for love. In fact, if you're dating a man that DOESN'T enjoy physical affection, that's something for you to look at. He may be blocked in that part of his experience.

Men want women that are playful and FUN.

This is what I call the "Big Kahuna" in a lot of ways.

You see, if you're playful and fun with a guy, that is a meta-signal to him. It tells him you've probably got a lot of other stuff he wants, like respect, intelligence (and the last reason I've got coming up for you.)

In other words, it's hard to be fun and playful and be a bitch. They just don't mix all that well. They're incompatible.

And - thankfully - very easy for a guy to spot. We can smell uptight a mile away. 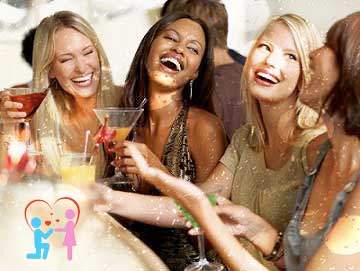 Do you know how to have fun?

That's why this is one of the top things we look for when we're dating. It tells us so much about you in so little time.

We men do understand that the physical stuff can only go so far. After that exciting first few weeks in bed gets to be more routine, guys know we want our girl-buddy to show up and be there the rest of the time.

So show him that you're genuinely fun and not so structured. Let go of your need to cement the relationship long enough to show him a fun time. It will go a looooong way.

What Men Want - Make Him Make A Commitment - #5: Feverish Desire...

Guys want to feel like they got a hot property. You don't need to be a supermodel - not by a stretch.

(News to the Ladies: Most guys don't find these women attractive. They're malnourished and angry looking most of the time.)

Look - Men aren't afraid of commitment. This is one of the biggest myths that SO MANY women buy into. It literally makes me cringe when I hear women talking about it as if it's the real reason he isn't walking down the aisle with you.

"Commitment phobia" is the smoke screen that guys gladly hide behind when they just don't want to tell you that they're just not that into you.

Where a woman will take a guy on as a project - a fixer-upper - when a man smells a personality flaw (a deep one) in a woman, he won't try to change you. He'll just move on. He won't care what reason you're left with, as long as he can make his escape.

And he'll gladly let you believe it was his "commitment phobia" as a get-out-of-jail-free card. 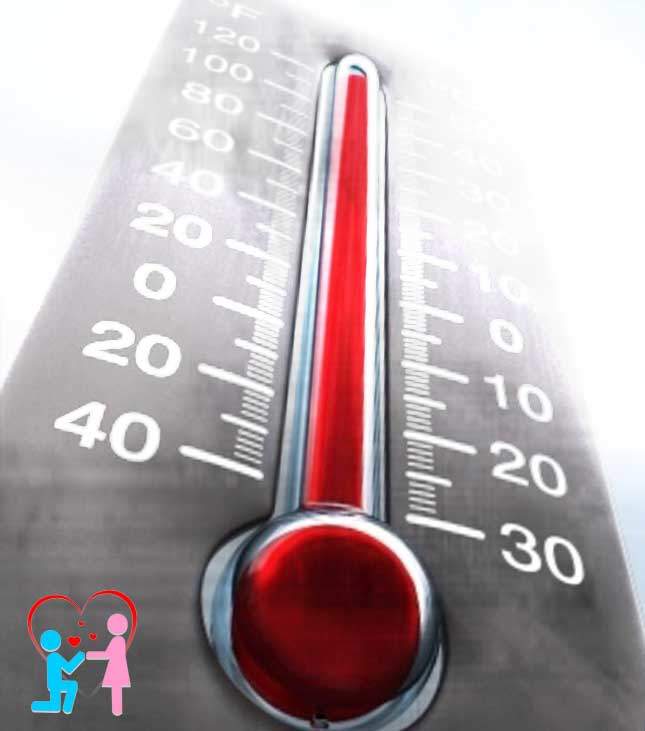 Get him hot for you!

So if you want to get rid of this smoke in your love life once and for all, you have to know how to get him to commit to you.

By not trying to get him to commit to you!

It sounds like a mind game, but it's not.

Life flows for you when you know how to tap into the natural energy of love that permeates the world.

Stop running around in confusion - the kind of confusion that keeps you in mediocre and unfulfilling relationships.

You deserve to get the very best of what love has to offer you...

Him calling you up just to tell you he can't get you out of his mind...

If you want to know the secret of what makes men commit, go read this short article...

You'll never have to wonder again about what men want.

When you're unhappy in a relationship it's one of the most difficult situations. When you've got relationship problems, everything else just seems to fade into the background. You wish you had a Magic Pill that would turn your unhappy relationship into a healthy relationship. Whatever the state of your current relationship is, you can fix […]