Does it ever feel like the man in your life is ducking out on being with you?

Almost like he's really half-hearted about your relationship. Not quite one foot in the relationship - and not really walking out the door, either.

That feeling is stressful, isn't it?

It's almost like being kept in limbo - and that feeling is very insecure. Scary, even. 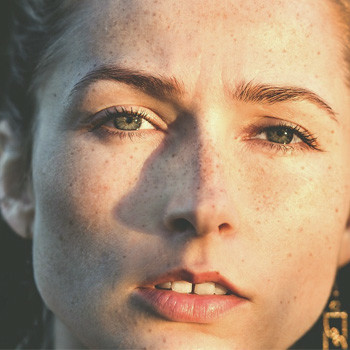 You don't know where things are going. And it's not like you need him to propose or anything - it would just be nice to know you're not wasting your time...

And that he shares some of the same feelings for you as you do for him.

Does he love you? you wonder...

First - let's talk about the reasons... I mean, EXCUSES that he gives that just plain aren't true. These are the top 3 little white lies you'll hear:

WHAT HE REALLY MEANS: "It’s not that I don’t want a relationship … I just don’t want one with you."

WHAT SHE THINKS: "If he really likes me, it’s only a matter of time before he’s ready for a relationship with me. I’m sure I can convince him to date me if I keep him close and keep it friendly … REAL friendly. Bu-wahahahaa!"

It's also BS when YOU use this excuse on guys.

Look, there isn't a person on the planet who won't jump head-first into a relationship with someone they've got hot chemistry with. I don't care if you're 25 minutes out of your last relationship. When you feel attraction, you go for it. 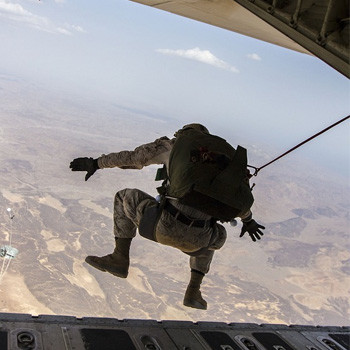 The second the pain starts to fade from the last breakup, you're ready.

Where do you think rebound relationships come from, silly?

So when he says this "not ready" thing, see it for what it is. Just a pre-emptive excuse for him to bail when the time suits him.

And it can also be planting the seed for leaving if he sees some red flags in the relationship. (More on this coming up...)

I mean, no one WANTS to get hurt. It's simply the risk you take in any romance.

WHAT HE REALLY MEANS: He might be afraid of finding he's only got the hots for your body, and then having to find a comfortable exit. So he'll use this one to keep his distance.

WHAT SHE THINKS: Oh, look at him ... he’s hurting. I’m the perfect girl to show him that he can love again!

Look, the reality is that guys want sex.

Actually, he NEEDS it.

It's a requirement of being a man.

And the younger he is, the MORE he wants and needs it.

So he might have thrown that excuse out there, probably along with the first one about not being ready for anything serious, just to let you know that this was probably only going to be about crazy monkey love.

So don't be too surprised.

Still, every man will jump into a relationship IF there's more than great sex to be had. Most guys don't have "pickup artist" ability to meet and bed women on a regular basis, so if he sees a good thing that also comes with a healthy sex life - he's going to jump at it.

Cosmopolitan and all these women's magazines focus on sex as a way to win a guy without understanding that it's not enough.

WHITE LIE #3: "I don't have time right now to devote to a relationship..." Too busy, whatever.

WHAT HE REALLY MEANS: "I don’t want to make time for you. Relationships look like too much work. How about we just hook up instead?"

You want the REAL Reality?

If a woman is someone we really want and we feel attraction for her, we'll MAKE THE TIME!

The best evidence of a person's interest and feelings, is the time they CHOOSE to spend with you. The busiest man in the world will FIND the time if it's important to him.

This is one of the most important rules to use when you want to know if he really loves you. His actions will tell you.

If he says he's busy and doesn't have the time, he's just testing the waters to see if he can hookup with you - and THEN see what happens. He doesn't want to get locked into a relationship with a woman that he isn't sure about.

But yeah, he'll take the sex as a consolation prize.

So why do men give these excuses?

Well, there are TWO primary reasons:

REASON 1: He doesn't want to hurt your feelings.

Look, a man has a tough enough time figuring out HOW he feels. To try and communicate it, much less get you to understand the real reason is beyond many men. So it's always going to be easier to just give you a ready-made excuse that you will believe.

Just like YOU do when you have to tell a guy you're not really interested in him.

Yeah, we know you do that. Like telling us you have a boyfriend when you don't.

REASON 2: He saw something that made him wonder if you were really THE ONE.

This is really big. Huge.

90% of an iceberg is hidden under the water. And 90% of his REAL Reason Iceberg is right here: He's not sure if you're the One.

To say it a bit more strongly - you spooked him.

You were probably going along fine, and then slipped up in a moment of weakness.

- Maybe you let it slip that you love him, before he had a chance to figure out his own feelings...

- Maybe you lost emotional control in a moment of insecurity...

- Maybe you texted him a few too many times and he caught a whiff of needy behavior...

- Maybe you were a bit too controlling...

- Maybe you made him look bad in public or in front of his friends...

- Maybe you didn't give him enough encouragement and positive feedback when he really needed it...

- Maybe you thought his ego needed to be "knocked back down a few notches..."

Sure, YOU know it was just a slip up. A momentary lapse of reason. An innocent oversight. 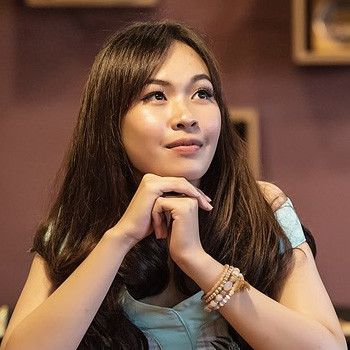 But now you're not sure how to fix the mistake. And while you try to figure out how to proceed, he starts to pull away...

Well, if you're reading this right now, you've got the benefit of my help to save the situation.

Get on your apron, 'cause it's gonna get a little messy here...

Here's the number one reason a man won't commit to you:

Most men have no desire to settle down with ONE woman for the rest of his life - until he's SURE he's found a woman he doesn't want to lose.

He's gotta feel really SURE to take that step.

I mean REALLY sure, honey.

You see, men understand on a very primal level that his well being - his very survival depends on choosing a woman who complements him (i.e., completes him) and makes him feel like he's got an ally. A best friend and supporter who will give him the energy to take on the world. 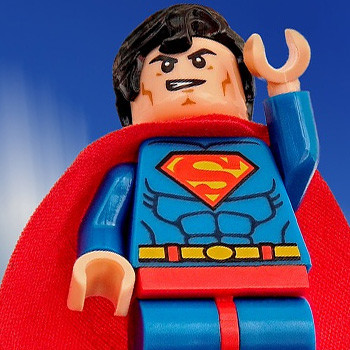 Yeah, this is the junk that's really running around our head, believe it or not.

Plus: We want to commit, but we don’t want to hurt you.

We want you to be our one and only as much as you might want us.

But we gotta be SURE.

Most men know that choosing the right woman will make us happy.

AND the penalties for choosing poorly are STEEP.

Men in unhappy marriages have more health problems and die much younger.

We also know that we won't be as satisfied in all areas of our life, and we will actually earn less over the course of our lifetime. And I haven't even mentioned the penalties for divorce and loss of custody of any children...

So the bottom line here is that men will need a whole LOT of evidence that it's worth his while to mate-for-life before he will take that step. 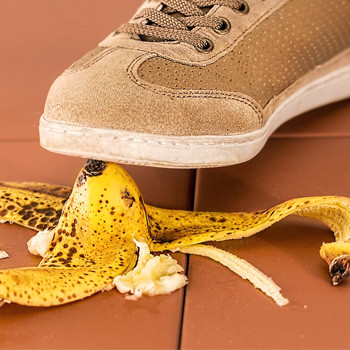 So how can he possibly know if you're the one or not?

What signals do you give off?

One of the biggest warning signals he can spot is if you're looking for a commitment too soon. We pick up on that right away. Because when it's too early, we think that it's needy and insecure behavior.

And men don't want to feel like emotional life support for another person - even if that's not what you meant to communicate.

This signal usually comes up in small ways that you might not realize you're giving off.

There are many more signals that women give off by accident - unintentionally.

And if you don't know what they are, you could be losing the men you want to keep. 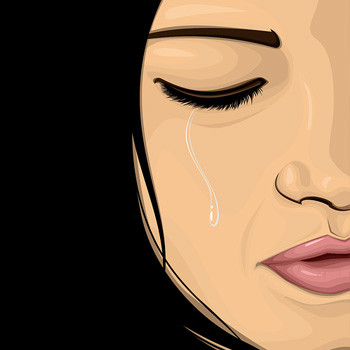 But you can stop the unhealthy patterns before they take over your relationship. This is the only way for you get him to commit to you 100%.

If you want to want to know more about doing this, go and check out this super quick presentation I made. This video will let you know about the "Love Law" that you NEED to know about men - and how you can make them OBEY it. 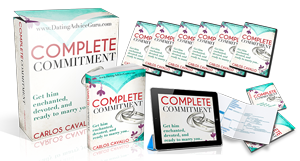 MORE
MORE
10 BEST Ways To Say I Love You - To MEN!
By Carlos Cavallo

When it comes to texting a guy, you need to know what texts you should never send a guy more than anything else. Mistakes in texting will earn you silence - sometimes making him ghost you. Guys interpret what you text him. And if we see any red flags, we get more cautious, more silent, […]

Read More
"Do I Love Him?" 25 Signs You're In Love (And not just infatuated)
By Carlos Cavallo

Sometimes it’s easy to doubt your feelings. When it comes to your love relationship, you might be wondering: "Do I love him?" Is He The One? Sometimes it happens right at the very start. You meet a guy and you just click. And you think right away, I'm falling in love. Other times, you might […]

It's possible that dating a man with kids is one of the most complicated things to deal with in a relationship. But it can also be one of the most gratifying and amazing accomplishments. There's a lot to be interested in. After all if you don't have kids of your own, you might like the […]

Read More
Is He Pulling Away From You? 10 Tips To Save Your Relationship
By Carlos Cavallo

What does a man want? Even more important: Do you know what he wants in a serious relationship with you? Men are truly not that complicated. When it comes to our needs in a relationship, we don't have a whole lot that you need to worry about. But you do have to be sure that […]

There's a good chance you're reading this because you've just gone through a breakup. And the one thing you want to know is how to make him fall in love with you again. The other likely possibility is that you sense he is no longer feeling the same as he once did for you. Maybe […]

Read More
Why Does He Keep Coming Back? When he doesn't even want a relationship?
By Carlos Cavallo

If you've ever had a relationship that was rocky, and sometimes downright difficult, you may wonder why does he keep coming back? Is he half interested? Is he just using me? What the heck is going on? This can really drive you nuts because you feel like you have a good relationship. It's especially confusing […]