Guys have a bad reputation… Women think that men trick women all the time. And that most guys are players just trying to get some easy action.

The problem with this idea is that for you to buy into it, you have to believe that men don’t want emotional connection. AND that they would only stay with a woman if they were tricked or forced into it.

All of which is wrong.

Today, I’m going to explain the ways men trick women, but also let you know that it’s not intentional. In fact, most men would gladly give up their single bachelor lifestyle if they could find a woman that they can love and enjoy.

In fact, science has shown over the last several years just how inaccurate the common image of men actually is. 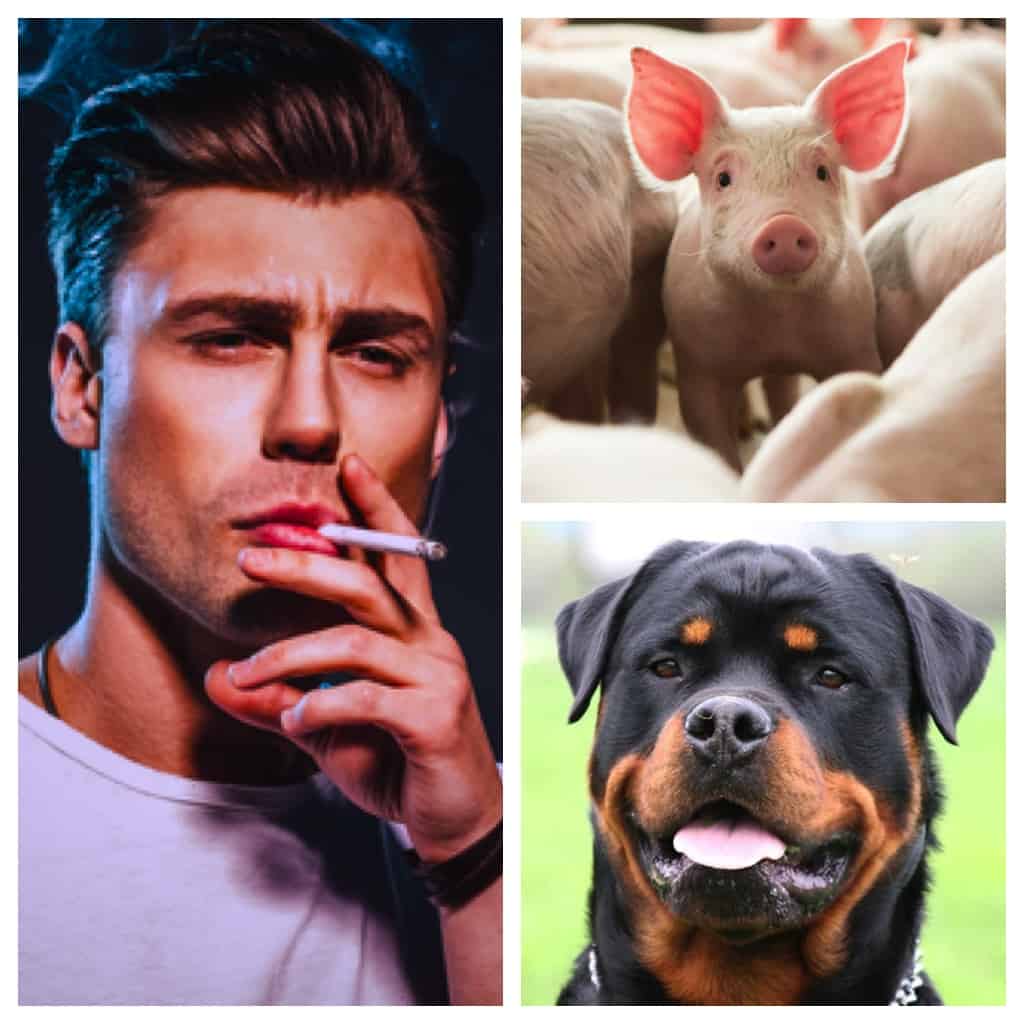 They all have pros and cons…

First of all, I want to explain how women have been tricked into thinking men are always trying to trick them.

What kind of person would randomly and recklessly run around meeting women, charming them, and taking them to bed? I’m sure you’d probably just call this kind of guy a “player.”

Some women might call him a “dog” or a “pig.” (Apparently farm animals are used frequently to explain this kind of bad boy.)

I’m sure you remember an ex-boyfriend or two in your early days that you looked back at and wondered: “What the hell did I see in him?”

Probably NOTHING. He just managed to sucker you into that first date or overnighter. And that was all it took to start up a relationship. You didn’t really have anything in common.

But you went along with this romance to see if it could lead anywhere. Inevitably, it didn’t.

But there are a few myths when it comes to men and their desires and drives.

Quickly – let’s break this down:

MYTH: Men only want to sleep with you…

This one is wrong simply because of its assumption – that men don’t commit. 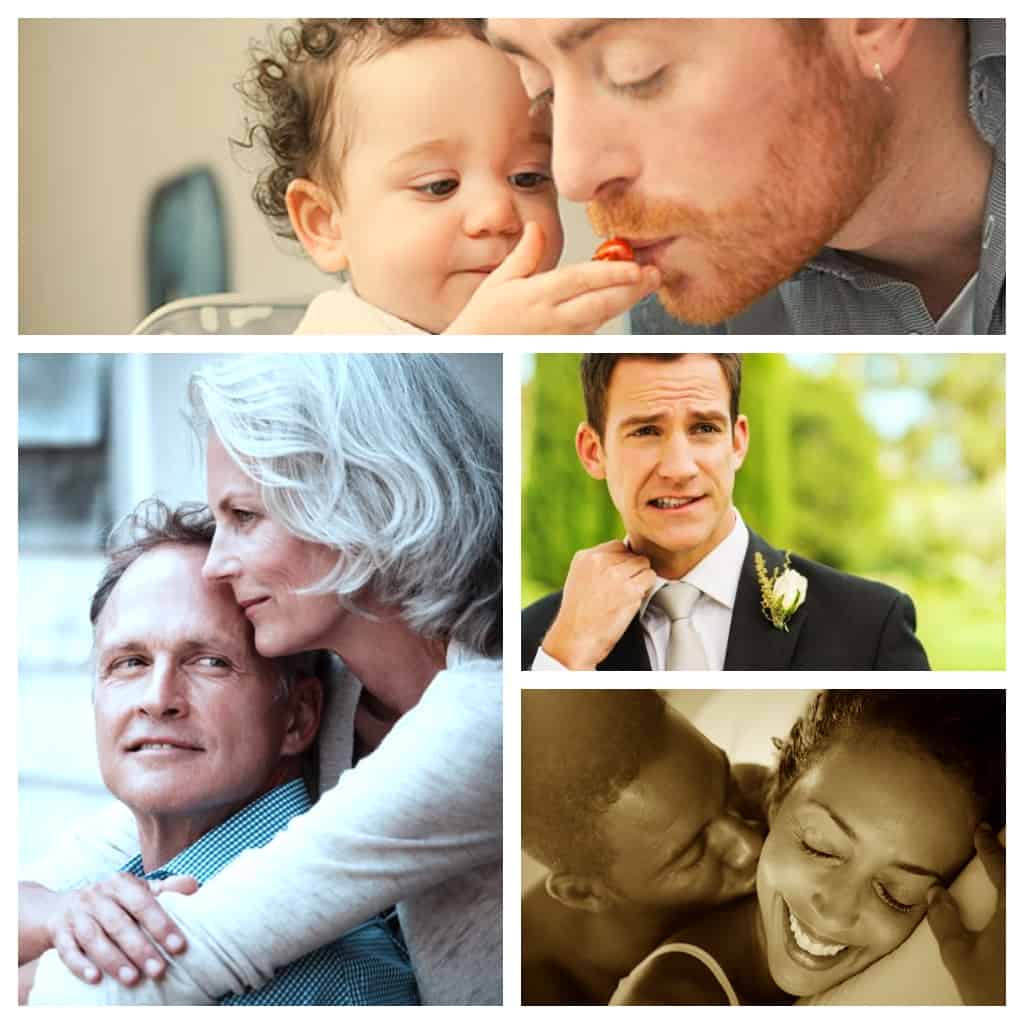 Clearly guys do – every single day. They move in, get married, have kids… And they do all of this without having to be tortured and brainwashed.

So what gives? Why does it seem like guys need to be manipulated and played back just to get them to stop doing it to you?

Well first of all, guys don’t start out trying to trick women. However, men have a biological need that makes them do some pretty reckless and douchey things. That biological need is for sex.

So why do guys feel they have to play games to get you into bed?

Well, the truth is that men will almost always try to sleep with you sooner than you would like.

And women will almost always try to keep him from seducing her for as long as possible.

It’s been like this since time began. You can see it in humans, and you can even see this dynamic in animals of nearly every species.

And it’s a good system. This method of testing and proving ensures that at least one side (the female) gets to make sure it’s a good match.  And that she doesn’t wind up with a baby and no dad to take care of them. (Yeah, things are different financially these days, but it’s only changed significantly in the last 60 years or so.) 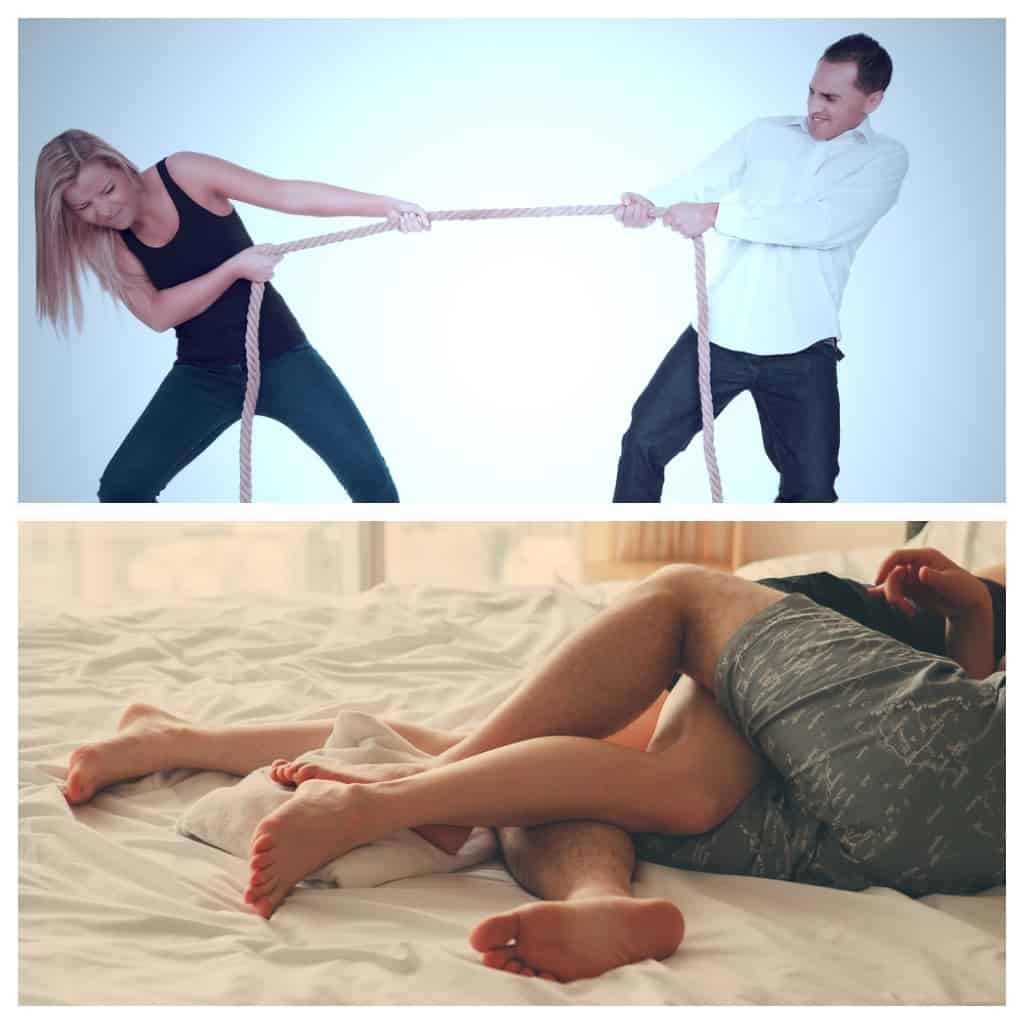 Battle of the Sexes

Some would say that this is a trick of evolutionary biology – making sure that only the fittest survive.

Whatever the cause is, it’s pretty obvious that men are the ones that have the least to lose with their rather promiscuous behavior. And if you keep in mind that testosterone drives his desire, you can see that his brain might not get a vote.

So now that you know why guys do this, you might understand where some of his behavior comes from.

MYTH: Men will only stay with you (i.e., commit) if you find a way to trick him into falling for you…

Or if you can get him to marry you before he realizes what he’s signed up for.

But again, the evidence for this is just not there.

Just the same way you would stay with him if you felt that HE was a catch and YOU were lucky to find him.

This myth is a big problem in society today. Especially when you read all the magazine headlines that assume that you MUST trick a man into falling in love.

You don’t need to trick a guy into falling for you.

You only need to know what he wants in a woman so that you can make sure he sees that in YOU.

That’s the simple success formula for getting a guy to fall for you. You don’t need to trick him. That will only bite you on the arse later.

You simply need to show him the AUTHENTIC parts of you that he’s looking to find. 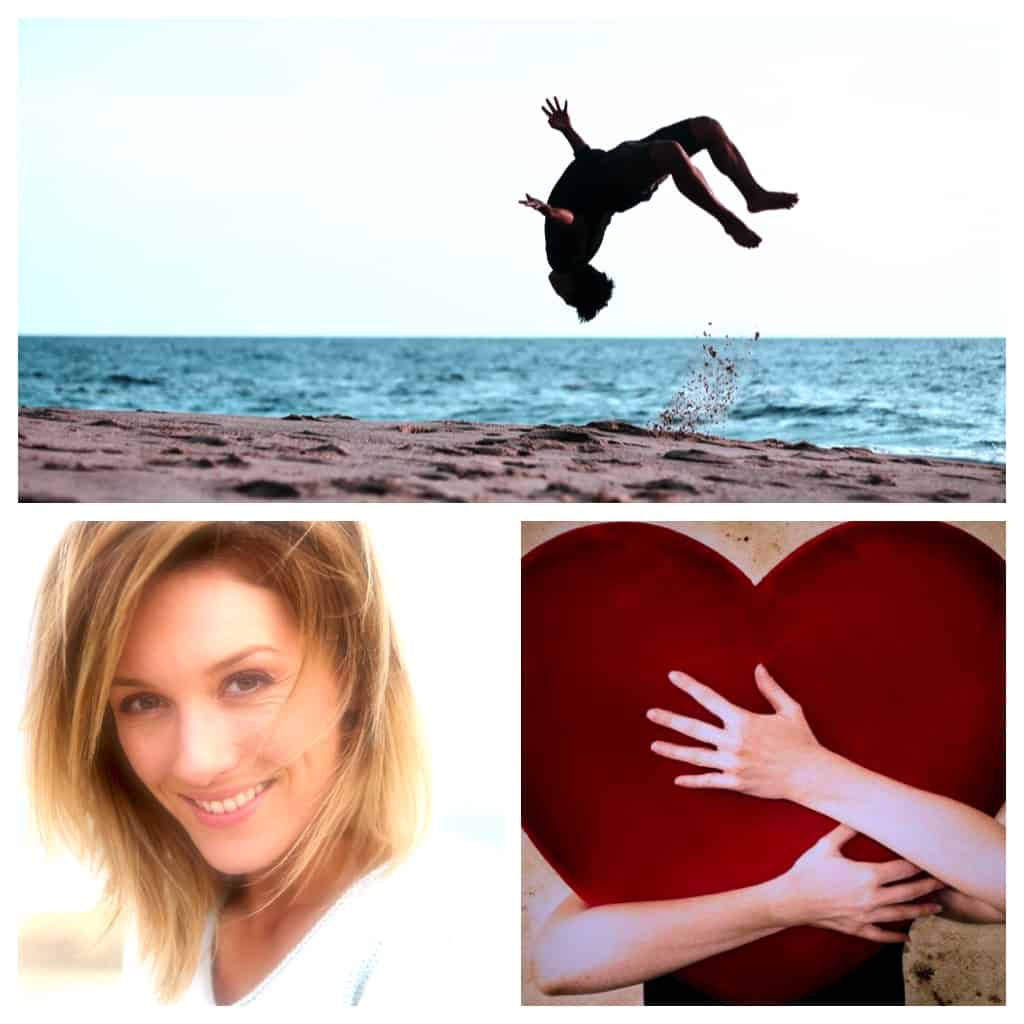 Be the woman he wants to love..

Now, the reason these myths come up is simply because men and women see things slightly differently from each other.

Women think: Wait! Hang on! Why not!

Neither one is right or wrong, but it explains why there’s so much struggle over this.

And what the heck is REALLY going on?

The truth is simple – and I’ll tell you what that is – after I tell you about a few of the ways men trick women to get what they want.

Tearjerking… Shoulder to cry on…

This is one of the most common ways that men try to weasel their way into your panties.

They do it by working your sympathy.

I remember when I got dumped by a girl back in 11th grade that really broke my heart.  So I went out with some friends, met a really cute girl (who was dating my best friend at the time) and …

We fell into bed. I knew she was just pitying me and my pathetic situation, but I didn’t care. I only knew it was exactly what I wanted. (I’m actually embarrassed writing this, even though it happened over 20 years ago.) 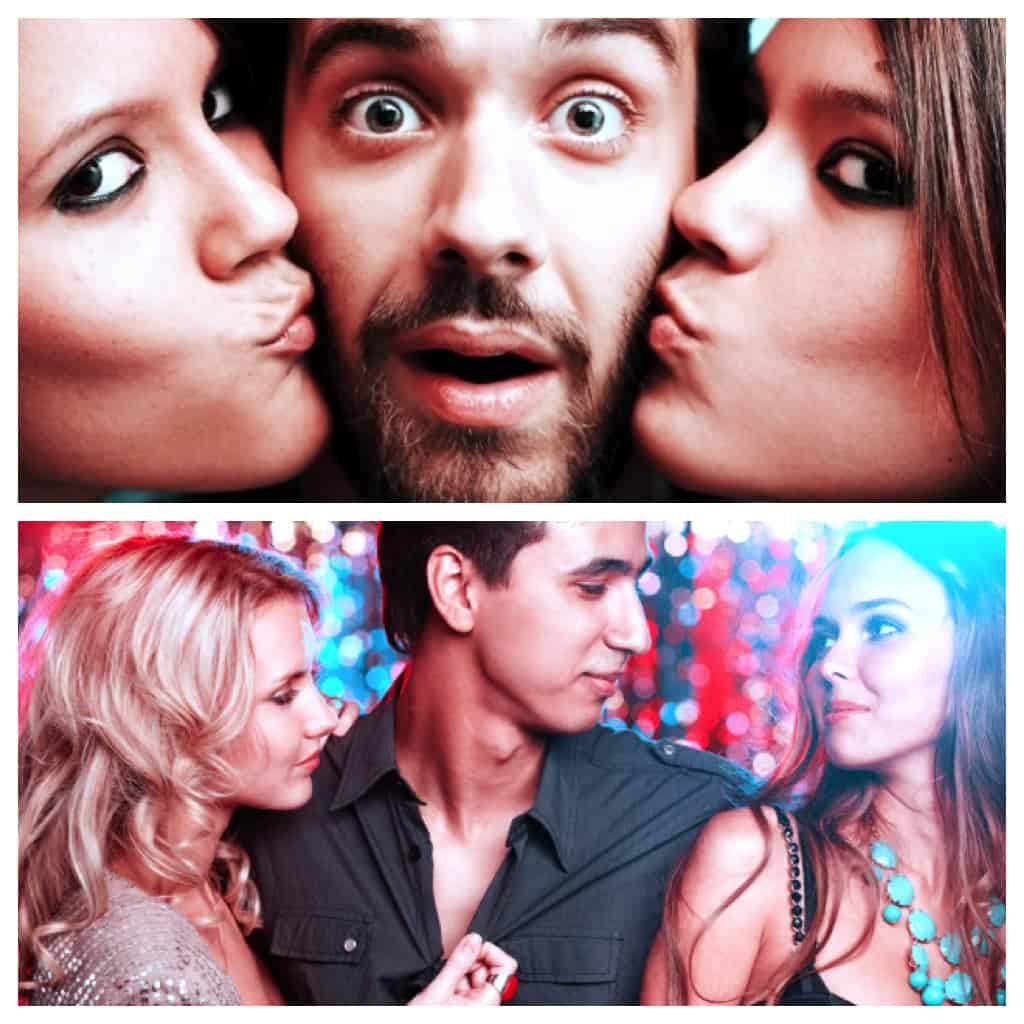 Guys will occasionally turn up the emotional manipulation – working your pity – just to get some action.

Want to know more? Find out if he’s using you?

There’s always a guy who’s reached rock bottom and he’s willing to play on emotions to get what he wants.

Sad stories abound – and he’s very likely going to try one on you at some point if he’s a trickster. So keep an eye out for this kind of manipulation.

Look, we guys know that if we can put together a really romantic date with you, and then pull it off – we’re probably going to get laid.

I was one of those guys who knew how to play to a woman’s sensibilities.

I basically understood the checklist of what a woman wants when it comes to a really solid romantic date.

I also knew how to express those feelings in just the right way that assured them I was really feeling it. (And – truthfully – I usually was. Or at least I thought I was.)

There is a whole playbook of these moves, and they fall under the “dance & romance” category.

He’ll use his understanding of flattery and making you feel special, just to make things feel really magical with you. He knows this will play on your fairy tale romance dreams, and he’ll be happy to use this to get you into bed.

It’s not necessarily bad, after all. He just wants to make you happy!

#3 Way Men Pull A Fast One With Women: Wine, Whine, and Pressure…

I am using this third way men trick women to pull together a few of the most devious of the tricks guys use. 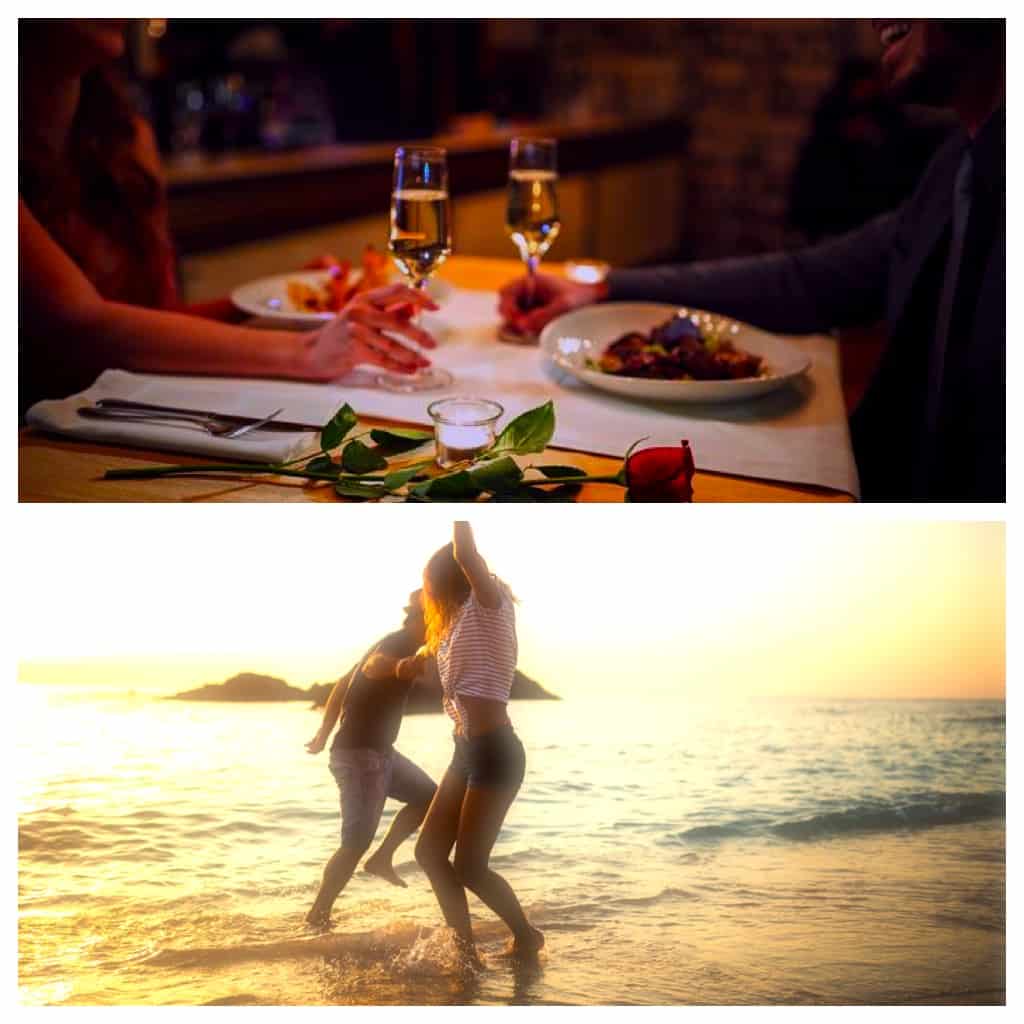 It’s all fun and games…

Getting a woman drunk to lower her standards to include him is a common trick men use on women. You’ll probably know this is happening if you see that he’s not keeping up with your number of drinks.

#4 Way Men Get Sly With Women: The Late Night Lothario…

This is commonly referred to as the “booty call.” And yes, it’s one of the ways men trick women al the time.

And he promises he won’t pull any hanky panky action moves on you.

And – strangely – you want to believe him so much, you let him come over.

And he leaves at the crack of dawn. 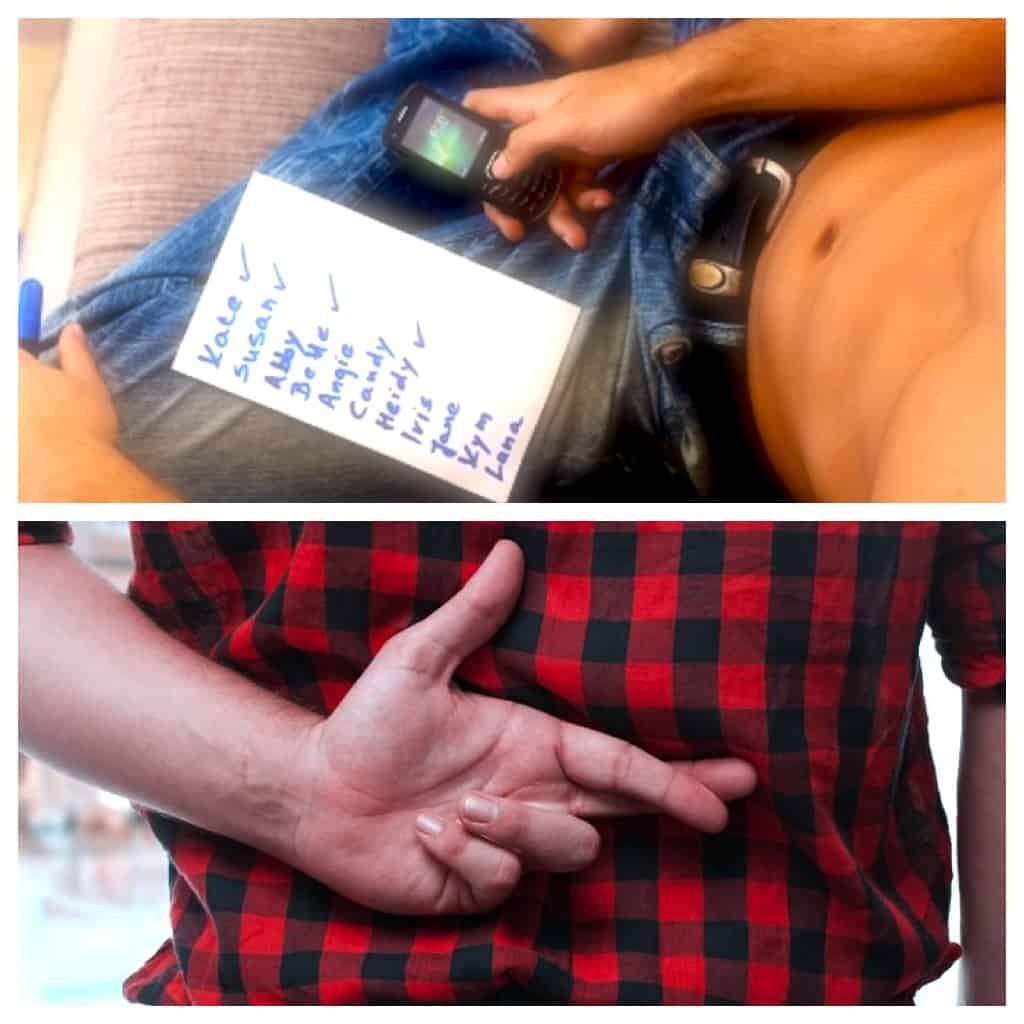 Are you another notch on his belt…?

This guy is the professional Booty Caller – AKA your friend with benefits.

He only shows up when he’s gettin’ it up. And that means you’re his convenient target.

Let’s also be brutally honest here – if he’s gotten away with this in the past, you might not be able to resist his advances. He might play on your loneliness and late-night insecurity. Or the promise of a “maybe” relationship.

If you know your will and resistance is not strong, don’t put yourself in this position. In fact, don’t even answer the phone. If you do, you’re willingly going along with this trick.

I should also mention the trick of just getting you alone. This is one that guys in bars do all the time to stop all the cock-blocking from your friends.

I’m going to tell you something very controversial. In fact, there’s a chance I could be banned on the Internet just for saying it – but I’m going to anyway.

Men lose interest in women that they seduce quickly.

It’s a simple fact: We don’t appreciate what we get easily.

From that car your parents gave you to the man who throws himself at you, you just can’t feel lucky to get something that falls in your lap.

Which also applies to guys.

Men do not appreciate the women that give in to his advances too soon. AKA – Too easy.

For now, you only need to know that there is only ONE way that men know if they’ve fallen in love with you or not.

A man feels love hit him.

THAT is the signal he waits for. And it’s a signal you need to know how to show him if you want him to commit his heart and soul to you. 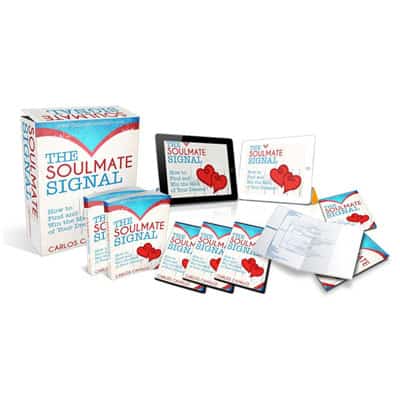