5 Ways to flirt with a guy - and not be obvious

You want him to find you attractive, but you don't want him to think you're interested too soon... 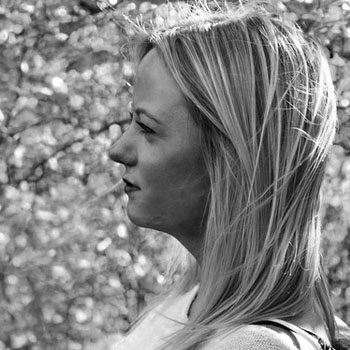 It's a delicate balancing act to flirt with men. On one hand, you want to throw a few sparks, but on the other hand, you don't want to put yourself out there - just in case he isn't interested back.

The beauty of flirting is that guys love to play - even if he doesn't 'win.'

The problem with a lot of the "traditional" advice about how to flirt is that it's all built on a very ancient ritual of "come closer... go away."

It's that worn-out cliche where you have to play 'hard to get' if you want to get him interested.

There are body language tricks, as well as verbal methods to spark up a little attraction - if you know how they work.

I'll show you 5 ways to flirt with a guy that work - and without looking like you're trying...

Flirt Your Way Into His Heart - Tip 1: Walk Glamorously

Back in the mid 1900s, it was hard to find a woman who didn't know how to strut her stuff as she walked. Girls even trained to walk more attractively by using various posture tricks to get him to notice her. 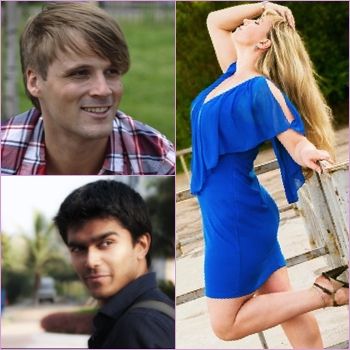 You might have seen one of those old movies where women would walk with a few books balanced on her head to straighten up her back.

You want to look confident, but you don't want to walk like a man.

And if you're in high heels, you have a whole new set of challenges.

The easiest way to look like an amateur is to put your whole foot down at once. This creates the classic "baby giraffe" wobbly look to your walk that looks unnatural and unstable.

Next, cross your stride.

Watch how women walk sexy in movies... it's a rehearsed walk that looks fantastic when you nail it, emphasizing your hips and butt in a way that will turn heads. 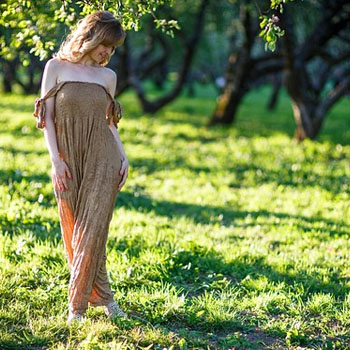 Imagine that you're walking on a tightrope, and each step needs to be directly in front of the previous one. This will make your legs pivot from the hip, and create a completely enchanting motion as you move.

Body language is the essence of flirting. And if there's one thing that will draw him in to you it's having open body language that is warm and inviting.

Unfortunately, in today's social climate, many women feel intimidated by their exposure to men on a day to day basis. 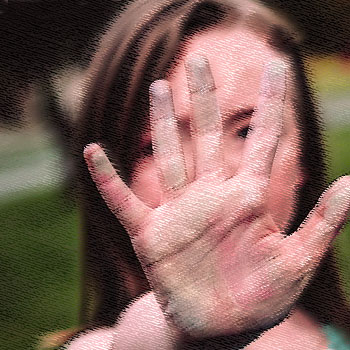 Appearing "open" can often be a very scary prospect, as you don't want to invite unwanted attention. It's a catch-22 that means you keep out ALL attention, unfortunately.

And let's be honest - you want men to notice you.

However, it is possible to appear friendly and warm without becoming a sex object.

It's all in the subtleties of your body language.

First, keep your arms from crossing when you're standing or waiting. This is one of the most obvious ways that women can look intimidating and closed off.

Also, you want to keep your hands unclenched. Generally, you shouldn't need to clench up at all, should you? 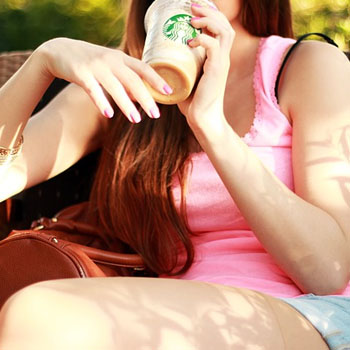 When I point out to people how they're all tensed up with their bodies, they're often shocked. We're all walking around like knotted up ropes, and then we wonder why we need a back massage every day.

Drop the tension, and you'll look a lot less intimidating.

For a man, nothing lights up our attraction quite like physical touch with a woman.

First of all, what you have to remember is that - unless he's in a committed and loving relationship - every single man you meet is starved for physical affection and love. 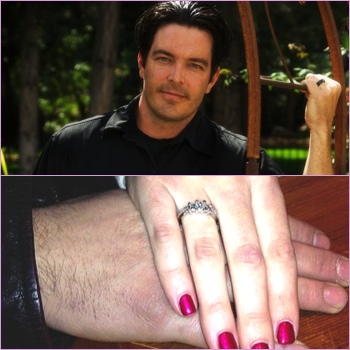 We just don't get a lot of touch in our day to day lives.

Women get a ton of same-sex touch, as well as opposite sex touch.

But starting in his childhood years, boys get hugged and touched significantly less than his female counterparts.

Which means that men walk around almost completely stuck in their personal space bubble of isolation.

We become almost desperate to connect with nearly anyone to end the physical isolation.

I often advise men that are struggling with their loneliness and feelings of physical isolation to go get a massage from a good masseuse, just to relieve that starvation of physical connection.

While gropey guys are never a good thing, maybe understanding this fact about men will increase your compassion for him and his plight. He's touchy-feely because he's so hungry for it.

And when a guy sees an attractive woman, his first impulse is to touch it.

(Just watch a man when he walks up to a hot sports car... the first thing he does is visually take it in - then run his hands along the sleek curves...) 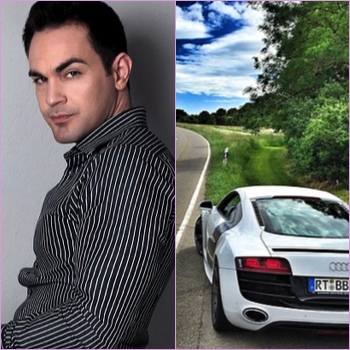 But this is something you can use to your advantage...

When you're talking and flirting with a guy, your best bet is to plan a few "accidental" touches.

Touching is a subtle way to flirt that pays off huge dividends. Brushing his shoulder with yours or playfully pushing him or a playful slap on his arm indicates that you're comfortable in close proximity to him.

Touching him lightly on the knee, brushing his hair out of his face, or touching his hands are hints that you'd like to get even closer to him.

Don't underestimate the power of touch to get a man under your spell when you're flirting with him.

One of the best ways to touch a man to light up his desire is to put your hand on his upper arm as you're passing by him. You can also do this in conversation as you're making a point.

Watch for his response: More than likely you'll see his back stiffen slightly and his chest puff up a bit. This is a natural body shift when he's touched by a woman. 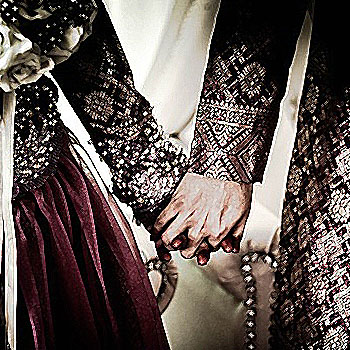 It's PRICELESS for getting him under your spell.

If you like him, you need to let him know, plain and simple. But the best way to get him to respond to your interest is to show him the triple-whammy of flirt behavior.

The 3 elements of a grand-slam flirt is: 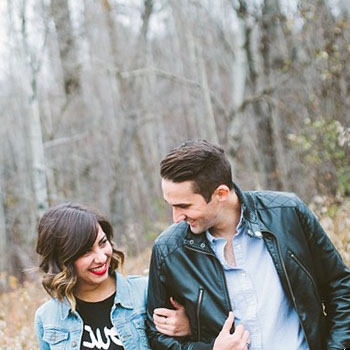 But even more so. Guys need to have your appreciation, because - again, like with physical craving - men don't get a lot of appreciation for their efforts.

And unlike women, appreciation is the lifeblood of a man's motivation. If he goes without recognition and appreciation for too long, he's going to lose interest in the woman.

If he's in a relationship, he's going to also be inspired to divert his interest to the woman who DOES give him the recognition and appreciation he needs.

So beware! Missing out on that could put your relationship at risk. 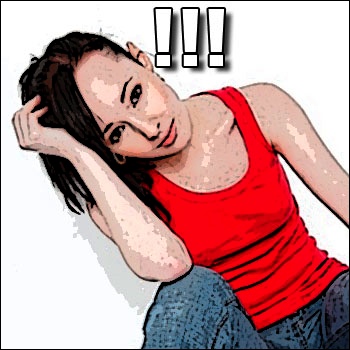 And before you argue: "But Carlos, if he turns his head at every girl who gives him a compliment, he's a player - and I can't trust him!"

Sorry, but nothing could be further from the truth.

I guarantee every woman out there would love to get the kind of attention she's lacking in her relationship - and no one could blame her.

Our job in our relationships is to always be working to provide what our partner needs from us, as well as ensure that we don't take them for granted.

And a well-placed compliment is the best way you can get a man to pay attention to you. 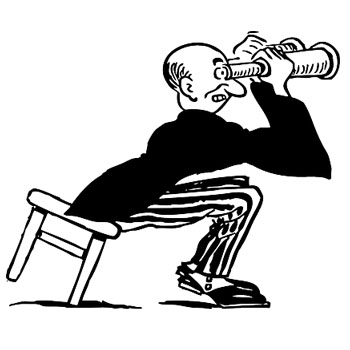 Yes, feeding his ego is a GOOD thing, ladies...

How To Flirt With Guys - Tip 5: Tell a secret

The best thing you can do to subconsciously trigger a man's interest is to move into his personal bubble.

Typically, we keep the space within 18 inches of our bodies reserved for intimate friends and close connections. You might not believe this if you've seen how people in Tokyo pack themselves into subway cars, but it's true. 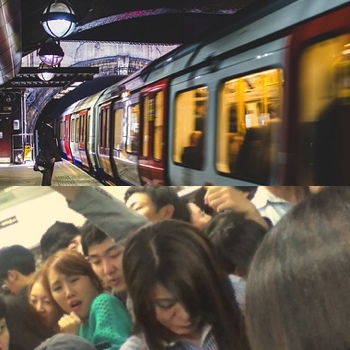 The funny part about this "intimate" zone of personal space is that it works in reverse as well. If you move into this zone, the other person will just assume you must be an intimate connection.

Which is why you MUST use this tip to your advantage...

The next time you find yourself around a guy you're wanting to flirt with, simply come up with an excuse to whisper something in his ear. Tell him a secret.

Whatever the excuse, he's sure to lean in close. And when he does, he'll feel that visceral tingle that happens when you get within kissing distance.

Everyone gets that electric feeling when you get that close. 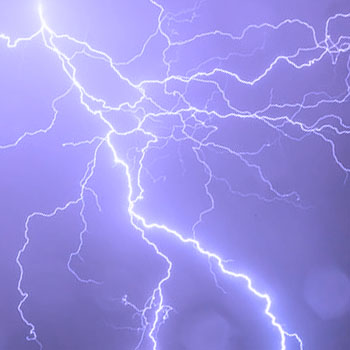 It's an easy way to "trick" his nervous system into thinking you're someone very close to him - not just physically, but emotionally.

And this is just the BEGINNING - once you've started applying these tips on flirting and piqued his interest, my powerful course on IRRESISTIBLE DESIRE will push him over the edge completely.

Click to here to learn how to finish the job and capture his heart hook, line and sinker.