Guys are very shy when it comes to showing our interest in a woman. We’re just plain scared to death of rejection.

Which is why any woman that’s approached by a guy has to appreciate the amount of courage and energy it took for him to overcome his fear just to say something to you. 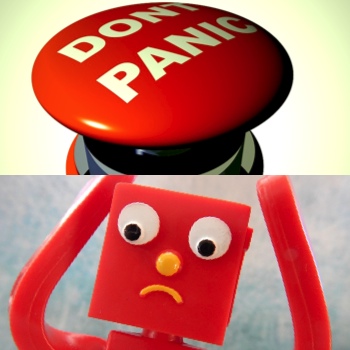 Sure, there are guys who find it easy to start up small talk with women, but most guys find making the first move to be incredibly difficult.

Here’s what the average guy is thinking when he sees a woman he likes:

– Does she have a wedding ring…?

– Would she even talk to me?

– What could I say to her that would make her like me? And respond to me? There must be some magical combination of words…

– Is that guy her boyfriend?

– What if she tells me she’s already got a boyfriend?

– She probably does have a boyfriend…

– Dangit, I really want to meet her…

I could go further with his internal conversation, but you get the point. There’s a constant stream of debate going on in his head about whether or not he should even say “Hi” to you.

And even if he does decide to say something – there’s no guarantee he will even get to the point of asking you for your phone number or even a date. 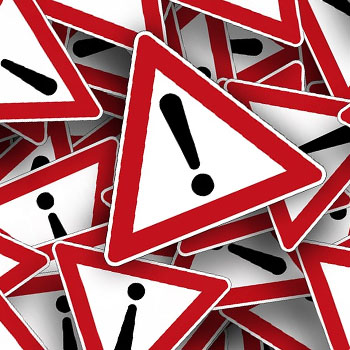 So if you’re looking for signs to tell you if he’s interested or not, you don’t have to look far. Most guys will give it away in the first 30-60 seconds.

Desire Signal 1: He’s talking to you…

Look, I don’t want to sound like an idiot here, but this one is a no brainer that most women overlook.

If a guy isn’t interested in a woman, he’s only going to engage in polite conversation for a short while. Then he’s going to move on. 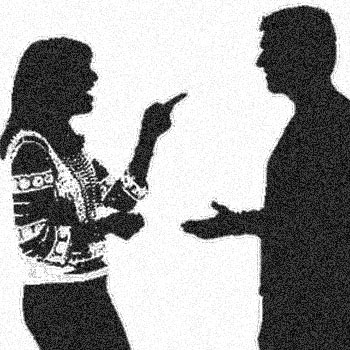 But if he’s hanging there talking with you, he’s probably at least interested – or looking to decide if he’s interested enough to get your number.

Which is why it’s always a good idea to drop reasons (i.e., hints) in the conversation for him to want to get back in touch with you again.

Point out opportunities for him to ask you out. You have to at least show him the open door…

Does he like you? Signal 2: He asks probing questions…

Guys want to do what women want to do: Remove all the unknowns so that they don’t have to risk rejection.

So he will probably ask you questions that are designed to find out if you’ve already got a boyfriend in your life.

That’s not him trying to find out if you’re a hermit – or insinuating you don’t have any friends. Those questions are simply his way of inquiring about your relationship status. 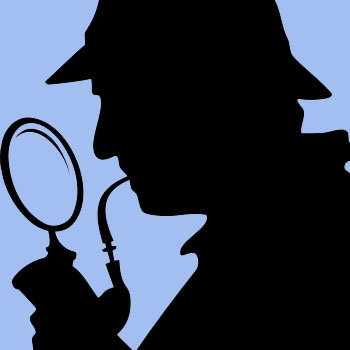 Or he’ll even say something like: “I’ll bet your boyfriend likes that…”

Which is designed to get you to either agree and confirm his suspicions that you’re already attached, or to get you to – hopefully – correct him.

It’s an easy way to avoid the risk of asking you out and hearing you turn him down.

So if he starts hinting around your relationship situation, that’s a clear sign he likes you. He wants to know if he’s got a shot at dating you.

The next thing you should watch for is…

Guys don’t have a lot of self-control when it comes to their eyes, you may have noticed.

As a result, he’s not going to be able to tear his eyes away from you – drinking you in with his senses. 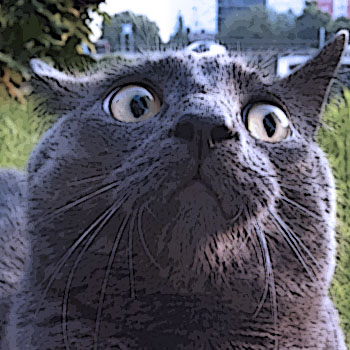 And yes, this means he’ll do it even to the point of being oblivious to you – or other people – noticing he’s staring. Shared eye contact is an instinctive way that people who are hot for each other share a love connection.

And it’s a drop dead simple way for you to know that you’ve got a man who’s interested in you.

You’ve hooked his desire – Signal 4: He does a little showing off…

Look, most women think that a guy bragging is a sign of a runaway ego, but it’s not like that at all.

Well, if he acts like a douche most of the time, there could be a problem… but more likely he’s just trying to impress you. That might include a little bragging or some showing off.

He’ll go out of his way to keep you entertained and interested in him. He wants you to think of him as funny, cool, and an all around great guy.

This can be done in a very subtle way, or it can be really obvious that he’s being a try-hard.

But consider that him putting that effort into you means you’re someone he values and wants around, and you’ll have more perspective. It will also erase some of the more annoying aspects of his behavior.

He will also do this by insisting on paying for stuff – like meals.

And this does NOT mean you need to feel like you’re obligated to him, in any way. It’s just letting him be a gentleman. 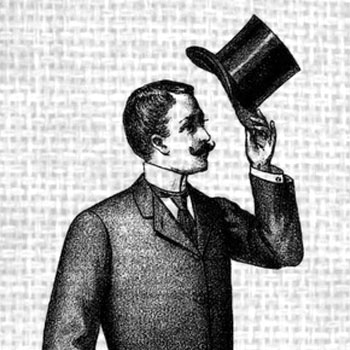 If he tries calling his gesture in like it’s a favor – and you do owe him, then you can boot him to the curb for being a weasel.

And then take some satisfaction that it’s the fastest way to screen out the losers, and you saved yourself a heap of time.

Whatever the case may be – he’s trying to present himself as a suitable mate for you, which is the source of all men’s goofy behavior around women.

You want more? Well how about this:

Is he interested in you: Sign 5: He buys you stuff and tries to take care of you…

When men go into full courtship mode, he will want to prove to you that he’s a provider. It starts right at the moment where he says: “Hey, little lady… can I buy you drink?” 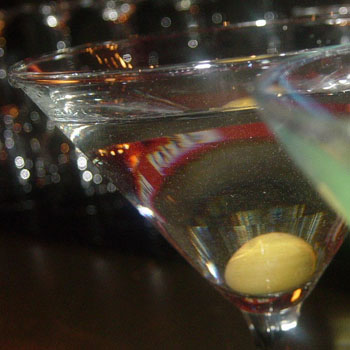 He’s trying to show you that he appreciates you with gifts, and that’s just one of many ways he tries to show you he can be a guy who can provide and protect you.

These are indications of his trying to be the Alpha Guy.

Let’s be real – most guys weren’t the football star or Mr. Popular in high school. That high-status clique was only a few guys – the rest were simple, no-nonsense, shy guys.

Shy guys will get nervous around a woman in almost any situation – and his way to compensate is to try and demonstrate his Alpha Status another way.

No, he’s probably not trying to be your Sugar Daddy – unless you’re about 30 years younger than him and he’s already tossed you the keys to a Ferrari.

Men do a ton of things meant to impress upon you one simple thing: He’s at the top of the food chain. And hooking up with him would be a wise romantic move as well as socially savvy thing to do.

Sign 6: He literally can’t stop finding ways to get you in his life…

In this electronic age we live in, this is usually something you might experience through social media a lot more. He’ll ‘Like‘ things you put on Facebook. 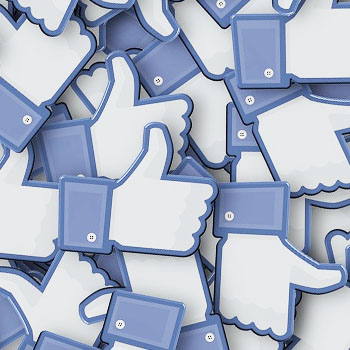 He’s just doing what you were probably already doing, which is to say a little healthy stalking.

You want to know things about him, admit it. And so does he.

So in this world of constant and never-ending connectedness, he’s going to find every avenue available to him to overlap with your life. It might be electronic, but it could also be “accidentally” running into you somewhere.

I remember orchestrating it so that I could show up at the clothing store my love interest worked at. It wasn’t a big deal, but I know she saw it as a romantic gesture that kept me on her radar.

Finally, the ultimate indication of whether or not he likes you:

This sign is another one that is easy to overlook when you might be tempted to start interpreting him instead of just letting it happen.

When a guy is putting in effort – or as I like to say: “putting in the hours” – that means that he is working to win you. 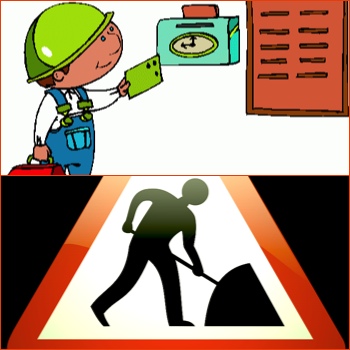 If he’s trying to talk to you, trying to get you to go out with him, trying to make you want him in any way… well that’s all an indication of him putting energy into the possibility of you and him becoming a “we.”

The most solid indicator you can get of a man’s desire is in the energy he expends to win you over. How hard is he working for you?

Guys are inherently lazy – and for him to get off his butt and put the moves on means that he has the necessary level of attraction for you two to hit it off.

One of the key principles of trying to get a man to like you – much less fall in love with you – is that the strength of the bond you share will always be in direct proportion to how hard he had to work to get you.

And the same goes the other way around.

You may have even heard the term: “Labor of love.”

If we invest a lot of energy and emotion in someone, we’re going to be much more devoted to them. We’ve got a stake in the outcome. 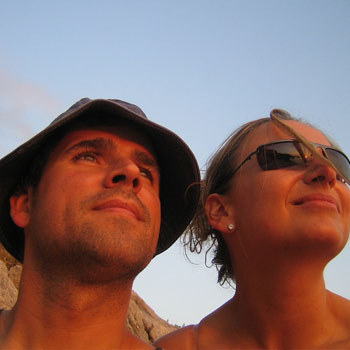 Which is why it’s so critical for you to get a man to work hard to win your heart. Most women make it far too easy on guys.

This is mostly because you don’t want to lose him.

You have to challenge him just enough that he will think of you as valuable. And I’m NOT talking about “playing hard to get” or any of those mind-games.

If you’re TOO convenient and easy for him to win – or if you’ve made it clear that he’s already won you – there’s a good chance he might be losing interest in your relationship.

Which is why you need to know ALL the signals he’s is sending you – not just the signs that he likes you. When you understand the messages men send to you, you’ll never be confused by his actions ever again.

Being able to read his signals like an open book is the best way to know if he’s going to commit to you or not. This will clear up a lot of misunderstandings on both sides AND help you avoid those typical mistakes that drive men away.

In other words, attracting a guy is going to be WAY easier since you can avoid all the guesswork and game playing.

If you’re interested in connecting with a guy and making him yours FOR GOOD, check out my new course that will instantly help you figure out what’s going on in his head and heart – click HERE to get started.

Click here to learn about signs that your partner is flirting.