Every woman wants Sexy Texts To Make Him Miss You…

When it comes to romance and relationships, men and women want similar things. In fact, the only real difference is the “flavor” of the things we want most.

For example, when it comes to movies, guys are actually totally into romance… IF there’s some context for the romance in the movie. When a movie is ONLY about the relationship, we get bored – and slightly annoyed.

But if you mix in some action or a thrilling situation (haunted house, hijacked airplane, whatever) we’re down for it!

The same goes for texting a guy. You don’t want to text the same ol’ same ol’ all the time or you will bore him. And yeah, probably annoy him as well.

The KEY to texting a man and making him want you is to know what he wants at any given moment.

The key is knowing which “flavor” he likes…

This is actually quite easy IF you know how men think and what men want. If you’ve been studying my stuff for just a short time, you’ll know a lot more about men than most women will ever know.

And just so you know – ANY text you send that makes him feel good about YOU is a “sexy” text. It doesn’t have to be “sexual” or dirty.

So today I’m going to show you a few texts you can use, and tell you WHY they work so well on guys. (Stick around, because I’m also going to tell you how to know what he’s thinking by the end as well…)

Text #1 To Make Him Miss You: Loving Support…

If there’s one thing a man wants (and more often than you probably know) it’s to hear that you’re on his side. The women that play their relationship like they’re on a winning football team are the ones that men find themselves pledging their love to.

Most men experience women that are quite the opposite…

I want to explain this so that it doesn’t just sound like Y.A.G.W.A.W. (Yet another guy whining about women) 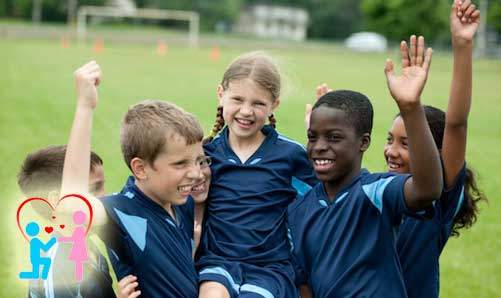 Be on the same team!

You see, most men experience this:

What a guy treasures in a woman is LOYALTY. And your loving presence tells him if you’re on that team with him. He’s not looking for a “free agent” in this game of love.

Conditional loyalty and support will kill your relationship.

So what’s a good text?

Use This Text: “Hey, babe – have a great time with the guys tonight!”

Instead of: “So where are you?” or “What are you guys doing?”

Use This Text: “I’m rooting for you on that interview – go get ’em!”

Tell him you’re on his side – no matter what.

Text #2 To Make Him Think About You: Praise…

One thing a man can’t get enough of is praise.

Men start out as boys that typically don’t get enough positive reinforcement.

And the same is true in homes with brothers and sisters. I have to work hard to not do this myself with my own children.

So knowing that a boy will probably grow up into a man who is hungry for any crumbs of acknowledgement, you can’t go wrong with praising him. Especially when you see how few women do this in their relationships. 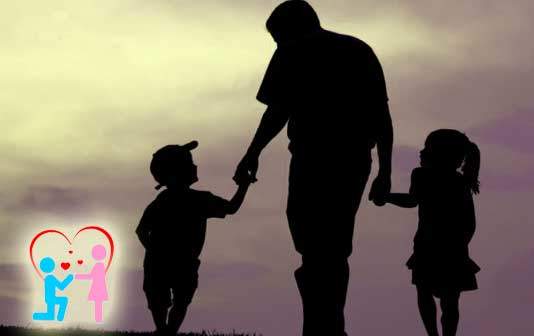 Recognize the good he does and let him know.

What’s a good way to praise a guy?

One of the ones my wife uses on me is to praise me when my decisions lead to actions that benefit our family.

Something like this: “I really admire that you can handle the kids for me anytime. Most other dads seem so clueless, and the moms think that’s normal. I’m so proud of your involvement.”

Big win… I think I may have even bought her a pair of shoes for that thoughtful acknowledgment. (Not that you – or she – is seeking reward for the praise. But be aware: it’s a likely ‘consequence’!)

Here’s another great sexy text: “I was driving past our favorite coffee shop and remembered how cool our first date was… and how thoughtful you are… ;-)”

Men do not need to be reassured of your love. Most women go way too far out of their way to make sure he knows he’s got you.

NOTE: Knowing he’s “got you” does not motivate a man to show his desire for you.

Wondering if he’s got you WILL motivate him.

Remember when you two were first dating? Yeah, like that.

So every so often it’s A-OK to let him wonder what you’re doing, or how that new guy at work feels about you. Or any kind of doubt that he’s actually got you all sewn up.

No, ladies – it’s not manipulative. It’s what you were doing at the start when you followed your girlfriend’s advice to not be so “easy.”

Men love challenge. (I say this – a lot. Because most women are doing the complete opposite with him.)

Don’t let your insecurities push you to try to “find out where this is going” too soon.

The irony is that this need you have makes you ask him “where is this going” way too soon.

– and the cycle goes on and on.

Remember, the job of a text is not to directly impact the connection between you and him –

The point of every message is to get him to feel positively drawn to your relationship.

If you make that shift in your relationship, you’ll have him worshipping you, faithful to the end.

Yeah, that’s right. Send him NOTHING every once in a while. I mean, don’t send a text – or a reply.

Or – try something like this: “Going out with the girls later… I’ll try to call you tomorrow...”

Open some questions in his mind and playfully neglect to answer his insecurities for once.

It’ll do him good.

Text #4 To Make Him Desire You: Playful Challenge…

This one goes hand-in-hand with the previous text. You want to shake him up a bit.

Don’t make the mistake of sending HIM a text that you wish he would send to you. I know, you’re hoping that doing that will inspire him to repay you in some way – to send you that long-awaited declaration of his undying love…

He won’t. And that will leave you even more frustrated.

Affirmations of love are what you send AFTER HIS OBSESSION WITH YOU IS ESTABLISHED.

Anything else is just asking for trouble…

So in order to challenge him, pretend you’re the princess that’s setting the challenge for your suitors. The one that succeeds will win your hand in marriage. Or … whatever.

But EXPECT him to do it.

There is a reason that this romantic challenge is a part of a lot of romantic stories.

Even today, every romantic comedy has the man overcoming great obstacles to win over the woman. It’s part of the rules of proving to you that his feelings are real. Otherwise, how would you know?

Set him up with a task that he’ll succeed in.

Try this text on for size: “Hey, looking forward to dinner on Friday… I’m going to challenge you to find a nice Pinot Noir for us… Up to it?”

If he balks, or tries to get out of it, or fails at this, you should:

Damn straight, m’lady. If you don’t set the expectation of performance in your relationship, don’t be surprised when he checks out and makes you do everything. No, really – he will lose attraction and desire for you and just put your relationship on COAST…

And guess who let him do that?

If you find yourself shocked or uneasy at what I’m suggesting here – search your feelings. Review your memories of women who GET men and don’t have problems keeping them. You’ll see the pattern emerge.

Text #5 To Get Him To Miss Having You Near Him: Sexy Inspiration…

I want to warn you up front, though: Don’t use sexual texts all the time with him. This is a crutch that most women fall back on.

They’re one-dimensional when it comes to men – they think this: “I’ll just use the one manipulation I understand: sex. I’ll tease him the way I used to manipulate boys when I was younger – manipulate his horniness.”

Don’t be this girl. She may catch one or two guys this way, but she can’t keep ’em.

Instead, INSPIRE him to desire you.

Try this one on for size: “Hey, hot stuff… I was just thinking about dessert tonight… Mmm….”

Notice how there was nothing explicit in there? You never need to cuss or be graphic. The more you leave to his imagination, the better.

It is a tease on a certain level. Which is what he actually wants.

Or try this one: “I woke up this morning thinking about you and me later tonight… yumm….” 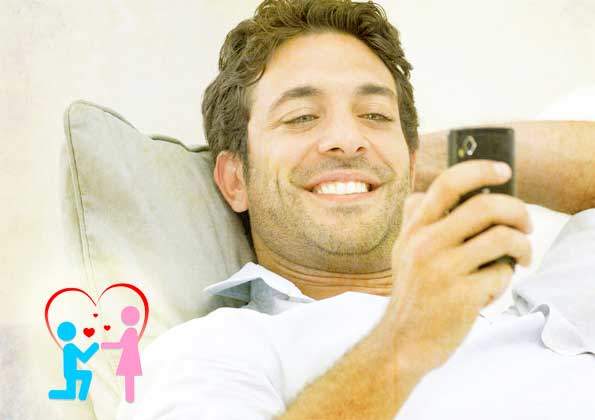 All you need to do is imply the sexy-time. He doesn’t get guarantees. (He doesn’t want them, either.)

You will obviously be more open about your feelings, but there is always a feeling in him of “If I don’t play my cards right, this woman is going to find another guy. And I would deserve it if I let that happen…”

If you want a complete playbook of texts and phrases that will get him to fall for you, that will awaken any man’s desire to chase you and win your heart –

I have just the thing for you:

I put together all the winning phrases and words for you to use on him – word-for-word.

It’s a dictionary of love for you and your man…

Get the Passion Phrases here…

Obsess his mind and capture his heart…

Click here to learn how to send texts that don’t get ignored.