7 Ways Men Fall In Love - Make Him Love You

There are lots of ways to make men fall in love with you...

But if I ask you: If you could look inside a guy's thoughts, would you do it?

Now of course, you'd want a filter on all the gross stuff, and the weird stuff...

But - if you could listen in on his thinking - right at that moment when he's falling in love - wouldn't you want to know what goes on in there?

Well, it's a simple process, really. What makes it seem complicated is that he doesn't fall in love on the same schedule as you.

Men actually fall in love FASTER than women do. 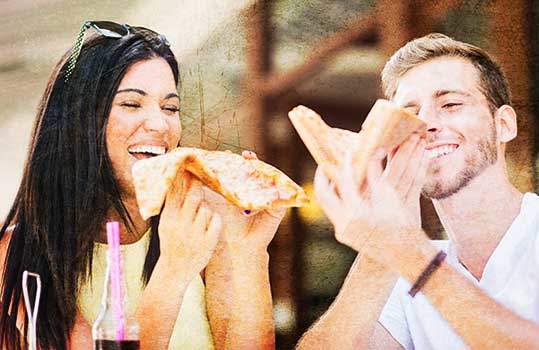 It's been shown in countless studies that men fall in love harder and faster than women.

"Studies show heterosexual men tend to fall in love, or believe they have fallen in love, much faster than their female partners..."

There is a lot of theorizing why this may be - from the need for a man to claim his "territory" and lock down his mate, to the fact that men can determine a suitable mate based on visual and sexual cues alone. There are a lot of reasons it's more beneficial to the guy to fall first.

“Men are biologically programmed to choose a healthy woman to bear children, while women choose men based on whether or not they’ll be good fathers.” - Helen Fisher - Rutgers University

The reality is that men are more vulnerable when it comes to love and the strong emotions of love - at least at the start.

Now that you know this delicious little secret, how can you use this to capture a man's heart faster and easier?

Let's jump into my 7 Secret Tips to show you how to get him to fall for you:

One of the primary reasons a man will fall in love is that he's blown away with the complete package of YOU.

Men tend to tally up your best traits and see how they add up. (It won't just be your boobs or your shimmery hair, sorry...)

If he sees that you've got a pretty complete package, you're in! 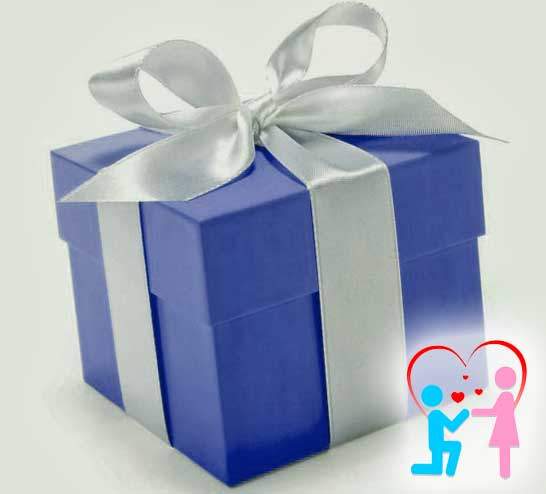 Be everything he could want in one woman...

And the best part about the "complete package" is that it's based on his perception - not always on "reality." Whatever that is.

Which means you can get the unfair advantage when it comes to attracting the man you want.

Let's face it, some people get caught up in the drama of their lives, and never let it go.

In fact, for many people, drama becomes a reason to live. They just don't feel alive if they don't have a lot of emotional turmoil to get caught up in.

I'm sure you've met a few of these people in your life, yeah? 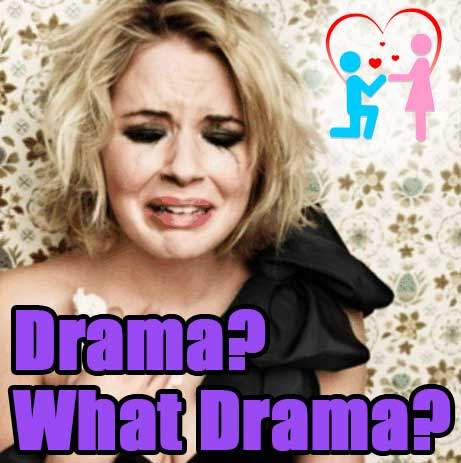 Well, I can assure you that men - on the whole - detest drama! And a quality man will actually run for the hills if he smells that you're one of those women that loves to stir up the gossip and make a big deal out of nothing.

Men find their happiness in PEACE. A lot of men don't even realize this these days. But if you can give that peace to him, he'll feel like he's home - in the arms of love.

One of the biggest factors in a man's decision to ask a woman to marry him is how much he believes he can make her happy.

To put it another way, men leave women that they can't make happy.

That's really huge - and you should let that sink in.

It's the primary reason the women who "nag" their partners tend to drive these men into apathy and eventual disconnection in the relationship. It's also the reason that chronically unhappy women tend to only attract unhappy men.

Take a minute to tell him he makes you happy - and tell him this in words, and you'll score extra points. 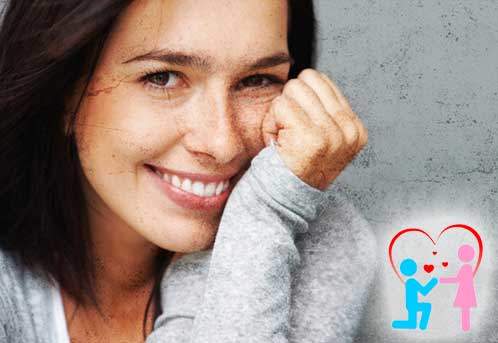 I can't remember more than one or two of the dozens of women I've dated that ever told me they enjoyed my company. Kind of silly if you think about it, because who doesn't want to hear that? But it's so rare as to be unheard of in most men's experience.

Let him know when he makes you happy. It's one of the most connecting and organically bonding things a couple can do. Sharing fun with each other is sharing LIFE with each other.

By the way, if he's not making you happy - then you should probably leave the relationship.

Life is too short to waste it in a relationship that you're choosing to participate in.

Yeah, it goes the other way, too. If you can be a fun-loving girl that makes him happy, he'll notice it.

Surprise him once in a while with a night out where there are no expectations, or judgments, or heavy conversations about "where this is going."

Instead, check to see if HE is smiling and enjoying himself with you. That will be the best indicator of the health of your relationship.

Men feel passionate when they are romantically involved with a woman. And one of the most important things for him is to feel that she feels this, too.

So light your fuse for your life!

If you're not passionate about your own life, he's going to find it hard to believe that you feel that kind of love for him. And he needs to believe your love is sincere and real.

Guys don't want a woman addicted to the instant gratification of instant messaging. We want a woman that barely has time to text us because she's got a LIFE.

Think about that one...

As much as the media likes to play the image up of men being confident, arrogant idiots... or robotic killing machines...

(My how times have changed)

... The truth is that when it comes to love, we want someone that triggers our feelings of love and desire. And that person is the old-school feminine/masculine we remember from those old Clark Gable and Carey Grant movies.

Men especially want a woman that is not trying to guard her heart and be TOO hard-to-get. If you're on defense, trying to protect yourself (or some unresolved stuff in you), then your heart is not open. 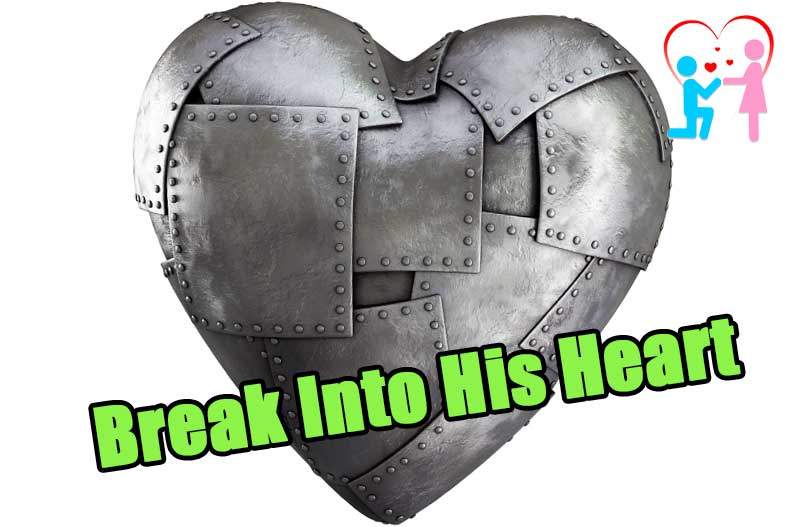 It can be done.

A lot of people are emotionally unavailable, then use that to block love in their relationship. And then, when the man gets tired of being alone in the relationship and leaves, she bemoans how he was "emotionally distant."

Men AND women use this strategy...!

Remember that you want to be running toward the goal, not spending all your time protecting the ball.

When you're on defense all the time just trying to safeguard instead of grow together, that's the strategy I call "playing to NOT-lose." And it doesn't work in love...

You might think I'm talking about compatibility here, but I'm not. "Compatibility" - in the traditional sense - does not correlate to success in relationships.

What's more important is what I call your Emotional Compatibility ™. This is how well you two get along and manage each other's emotional states.

If you do, you're 100 times more likely to have a successful relationship than the people who just try to line up the minor compatibilities, like:

I'm not saying those things are meaningless, but they're only about 10-20% in the big picture of making a relationship successful.

It's far more important that you both know how to handle your emotions with each other, and keep each other feeling loved. 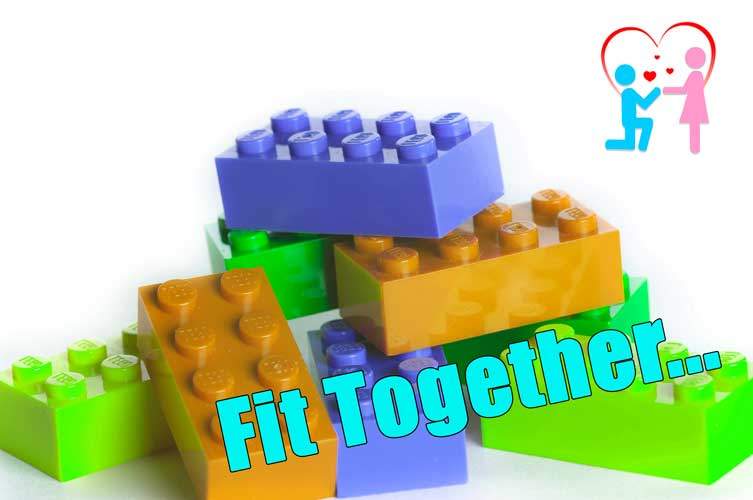 For lasting connection, have a shared purpose...

AND that keeping that connection is a priority for you!

You see, guys won't admit when they've fallen in love with you - especially if he thinks it's before YOU have! He's going to hide his feelings to keep from looking "weak" or vulnerable.

But the truth is that he will fall in love much sooner than you think.

The problem for you is if you don't know when he falls in love with you - and you either:

If you don't know where he is with you, you might make the wrong move.

If you're wondering right now where you stand with your man, you need to know before you do anything else that might shake the foundations of your relationship.

Go watch this presentation on how to connect with your man... 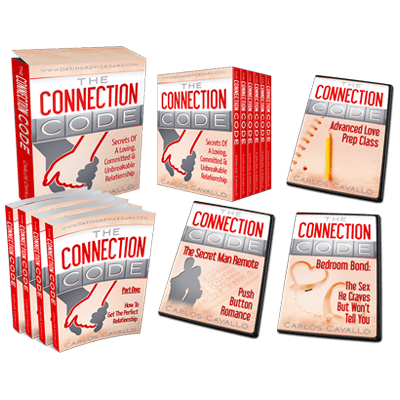 It's a free online tutorial on how to connect with him - and KEEP him...