What A Man Is Thinking When He Ignores You (AMAZING)

One of the scariest things for many people in a relationship is when their partner – or even a good friend – ignores them. It feels like rejection in a lot of ways.

Being ignored is one of the most “triggering” behaviors you can experience. It brings up emotions you didn’t even know you had. 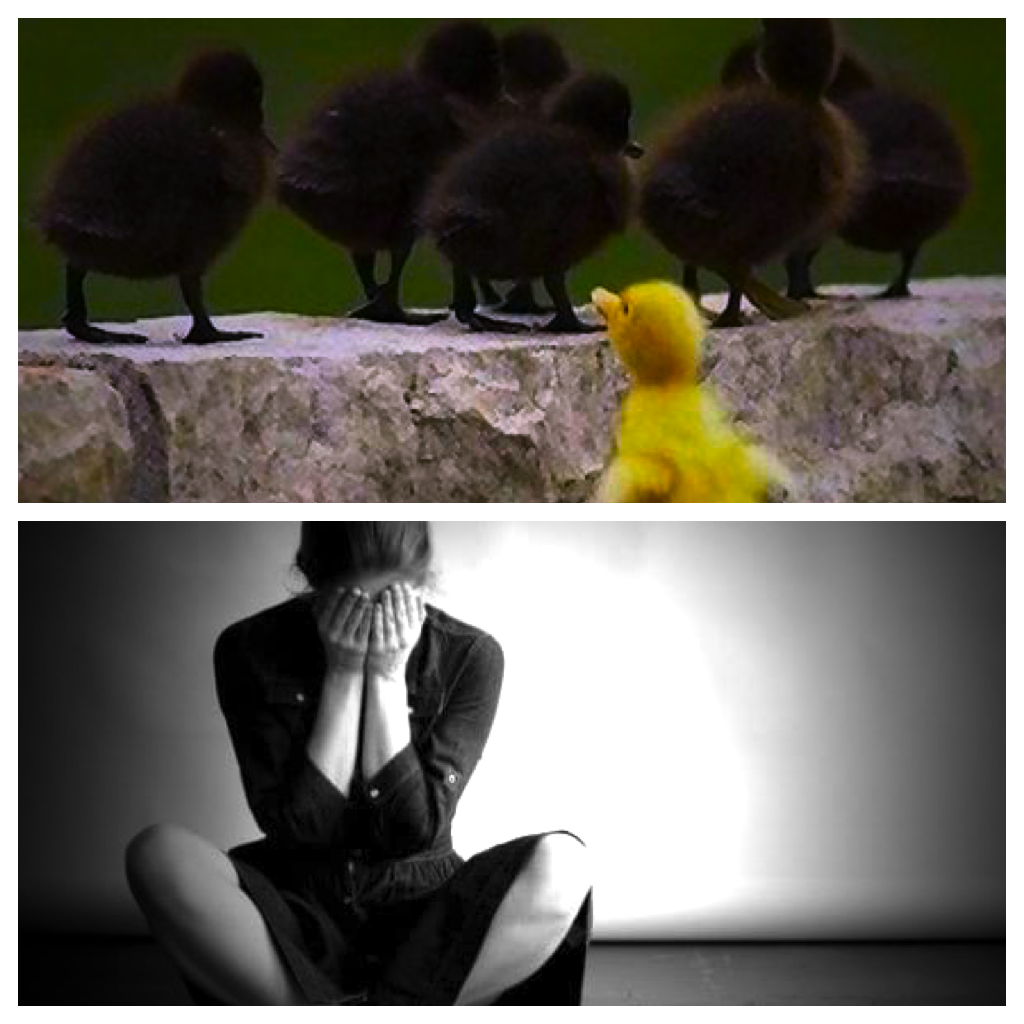 When all you want him to do is notice you…

When it’s a romantic relationship, and your man ignores you, you wonder if you did something wrong. Was it something you did?

And here’s a question you might not realize is important: Does it matter if you did do something that “made him” ignore you?

Surprisingly, men don’t typically ignore for the same reasons women do. In fact, he might not even be ignoring you at all.

Sign #1: He doesn’t reply to texts you send that are questions…

You might wonder why I qualify your texts as questions.

It’s because when you text a statement to him, for example: “My mom is coming to visit this weekend.”

YOU might expect some kind of response to that. After all, one of your girlfriends would surely respond with: “OMG! Are you ready? I hope you guys get along…”  Etc.

You would probably get a text response that indicates some kind of connection between you and your girlfriend.

That shouldn’t be a surprise to you, but I’m betting you’re still fighting it inside, huh?

Yeah, the truth is that a man will read that same text: “My mom is coming to visit this weekend” and not bat an eyelash. 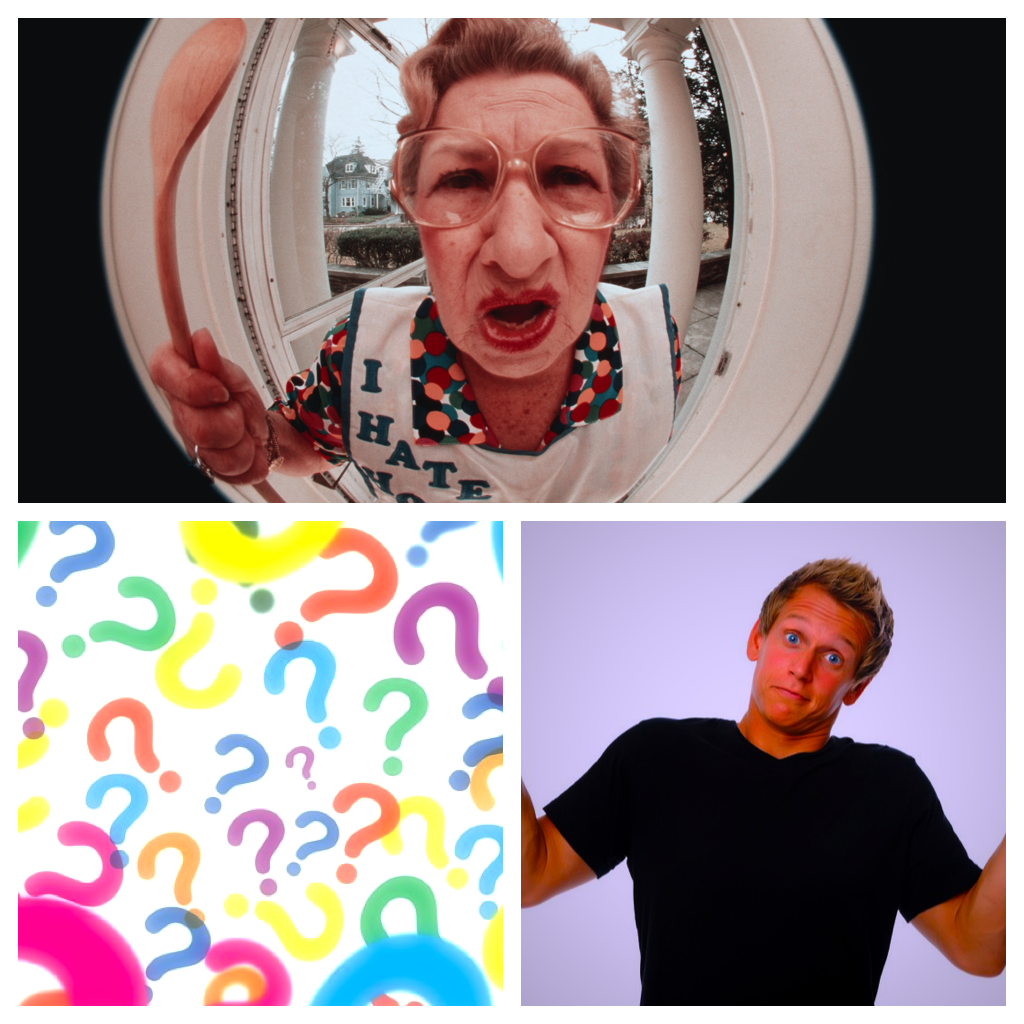 He might think to himself: “She’s got this. She’s just informing me and keeping me in the loop. And besides, she knows I’m going rafting with my friends, so we wouldn’t hang out much anyway.”

And what does he do?

Because there doesn’t seem to be a NEED to respond to your text. You didn’t ask him a question.

I’ll talk more about this in a bit…

For now, you have to realize that if you DO ask a question and he doesn’t reply, he’s ignoring you.

Look, let’s be honest – once we’re in a relationship, both sides stop working as hard as they did at the start. It’s NATURAL.

But men seem to cool off quite a bit more, and they stop trying. While this isn’t always a sign that he’s ignoring you, it can be a problem. 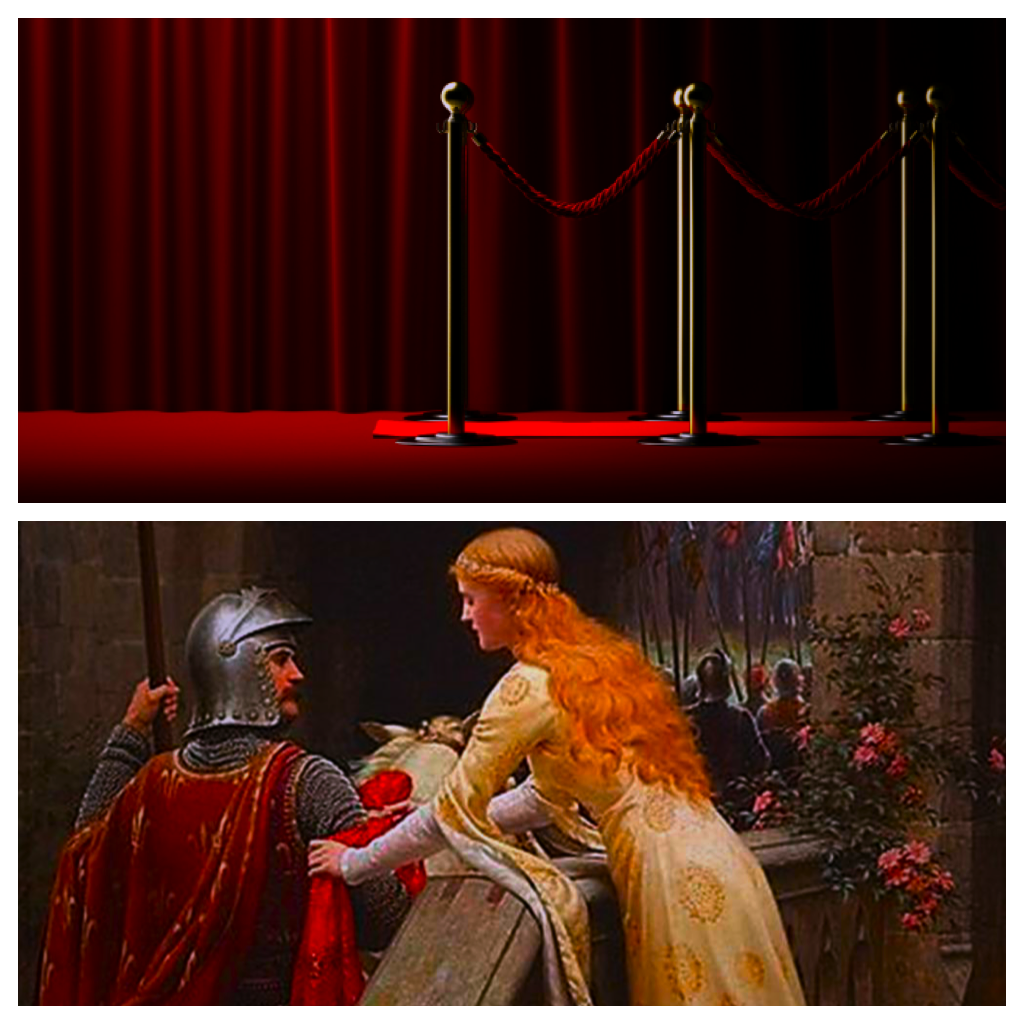 Has he stopped rolling out the red carpet?

If he won’t accommodate you or volunteer to help you, you might have a problem. A man should respond with at least a basic level of concern for your situation.

And if he won’t reach out or go out of his way for you at all – or even resists it – he’s probably ignoring you.

Connection is something that a woman’s emotional system is tuned for. A woman knows when she’s got a good connection with a friend and when she doesn’t. 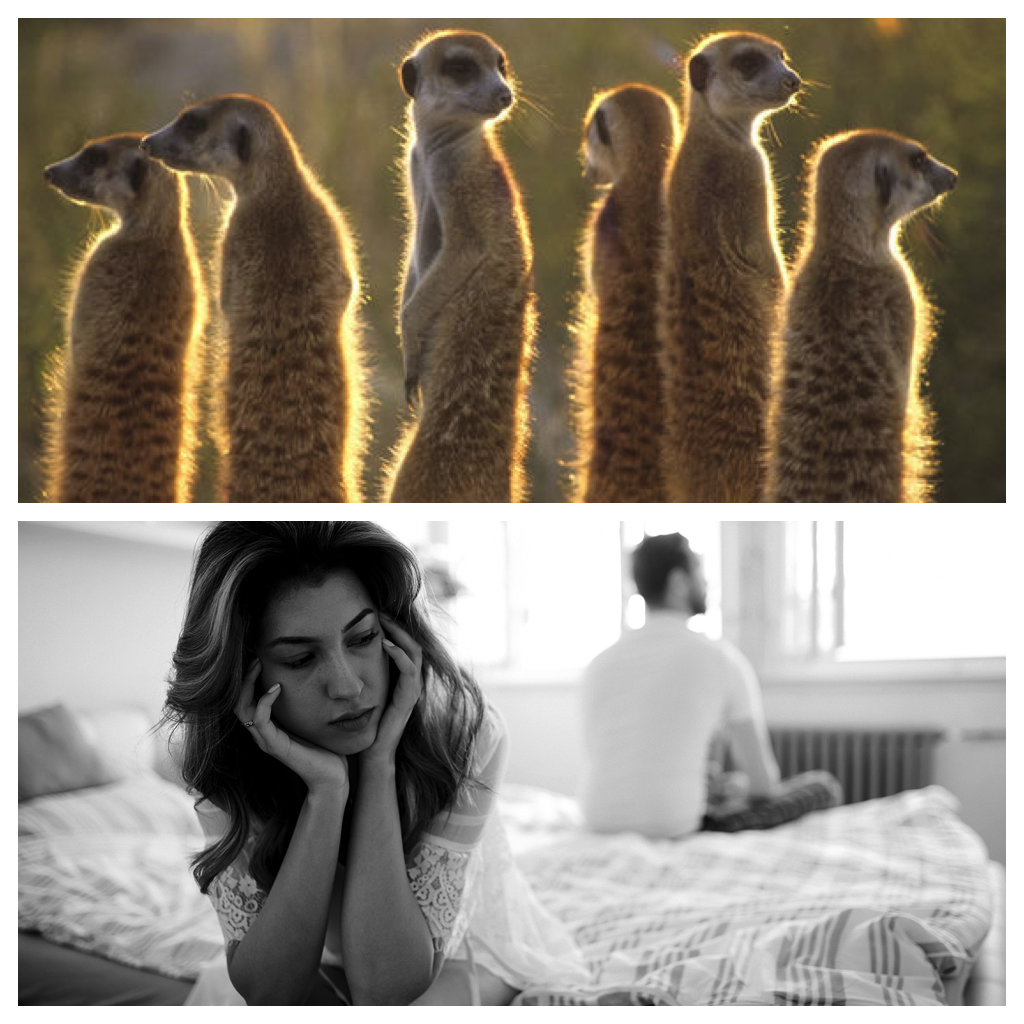 And when it comes to a love interest, women are constantly on alert for any changes that tell her there’s a problem with the connection. If your man doesn’t feel “connected” to you, and you sense it in your gut, you know to trust that feeling.

“When you start feeling “invisible” to him, you know there’s something more you need…”  – Carlos Cavallo

So what is he thinking when he gets to the IGNORING phase?

Let’s explore some of the things that a man might be feeling when he gets to this place:

What A Man Is Thinking When He Ignores You: You goofed…

If a man gets hurt by you, yeah – he’s going to pull back or withdraw.

The good thing about this one is that you’ll know you did it. There will be no question in your head about “Did I say something wrong?” or “Did I goof?”

So if you’re wondering if you did or said something wrong, you probably didn’t actually goof.

It’s more likely the next reason:

What A Man Is Thinking When He Ignores You: He’s Spooked…

To put it bluntly, you scared him with your behavior.

Now, there are a few ways you can spook a guy:

1. You spooked him by turning into a Cling-on…

No, I don’t mean you’re a Klingon from the “Star Trek” TV show. I mean that he feels you’re too “clingy” and perhaps a bit too needy.

(If you haven’t read it, you might want to check out my article on how to stop being needy and insecure… )

Whether or not you ARE too clingy or needy is not the issue. If he FEELS it, it’s true for him. In the same way that if you feel a lost connection, that’s real for you.

So the problem he’s trying to solve is how to get some breathing room. A man doesn’t feel like a man if he’s too connected with you. 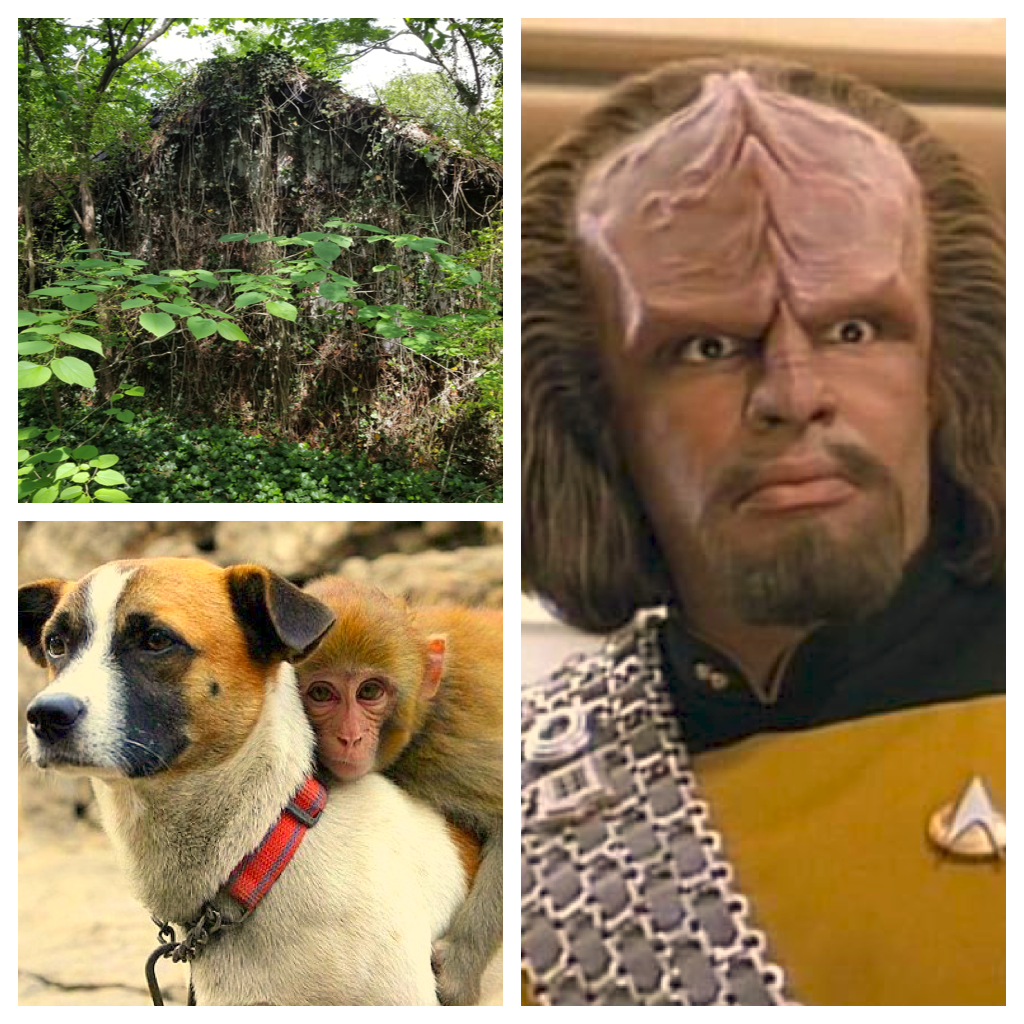 I know, that probably hurts to hear. How can a person be TOO connected? you think. Isn’t that the point?

Men are different than women.

While that may seem like kind of an obvious thing to say, I’d like you to stop and really feel how that hits you: Men are different than women.

Do you believe it? I think we all do on a very obvious level.

Despite what the media tries to make us believe about gender fluidity, we know the primary polarity of life is masculine and feminine. It’s everywhere in nature – and in your own awareness.

Guys don’t feel in touch with their core masculinity when they are constantly connected to a woman.

That can come as a revelation to many women, and it’s almost disheartening.

But if you know how to manage your time and connection with a man, you’ll be able to make your relationship work out. Much better than any woman that doesn’t get this.

2. You spooked him by going “off sides”

In football, if one team jumps across the line too soon towards the opposing team, it’s called “off sides.” And it comes with a penalty.

The same thing happens in relationships.

If you jumped the gun by asking a question or hinting at moving forward faster than he was ready, you may get hit with an “off sides” penalty from your man. He’ll pull back, as if to say “Whoah there, nelly! Commitment police – pull over!”

And this is not necessarily a bad thing. A man does need to know that things have to move toward a commitment. That will set him up to think about your relationship the right way. 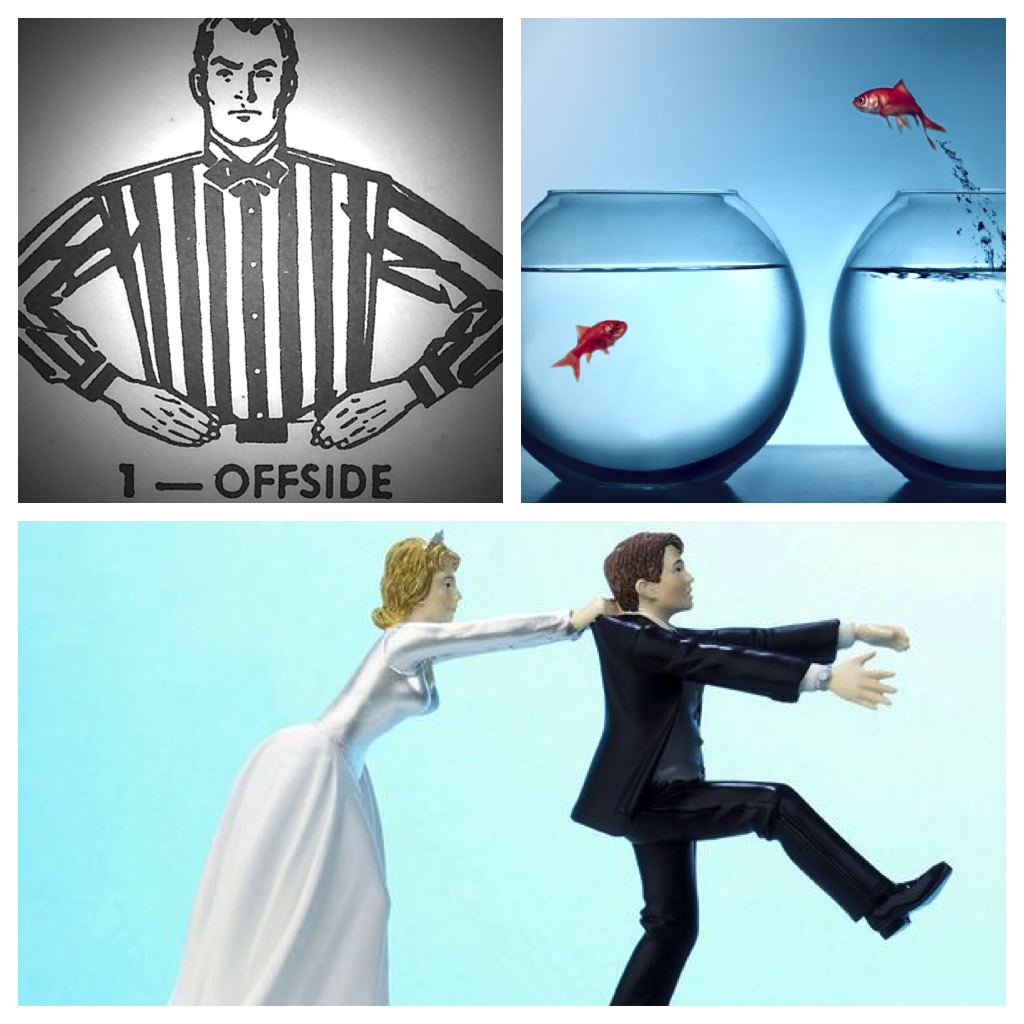 Are you moving things along too quickly?

HOWEVER, if you push the long-term relationship/commitment part too quickly, it will freak him out and he will ignore you.

The problem is, of course, that some guys will simply not help you move forward.  And you’ll feel like you’re pushing him no matter what.

The key is to make sure you’re engaging his “move forward” emotions as much as you can. I’ll tell you how to do that in a bit…

3. You spooked him by changing…

A man expects that the woman he meets at the start is who you really are.

If you find yourself changing your behavior to accommodate a relationship, or what you think he wants to approve of you, and then change later – that’s going to freak him the F out.

It’s one of men’s top complaints about their relationship:

ACTING SWEET TO GET A MAN, THEN CHANGING AFTER.

A woman should not start out playing the super-girlfriend role at the beginning, and then change. It’s better you present yourself as you are and get everything out in the open. It just plain feels more honest.

When a woman changes her entire way of being after the relationship gets going, we men feel as though we’ve been tricked. Duped.

Suddenly, we don’t know what to believe anymore. AND we feel we can’t really trust the woman. 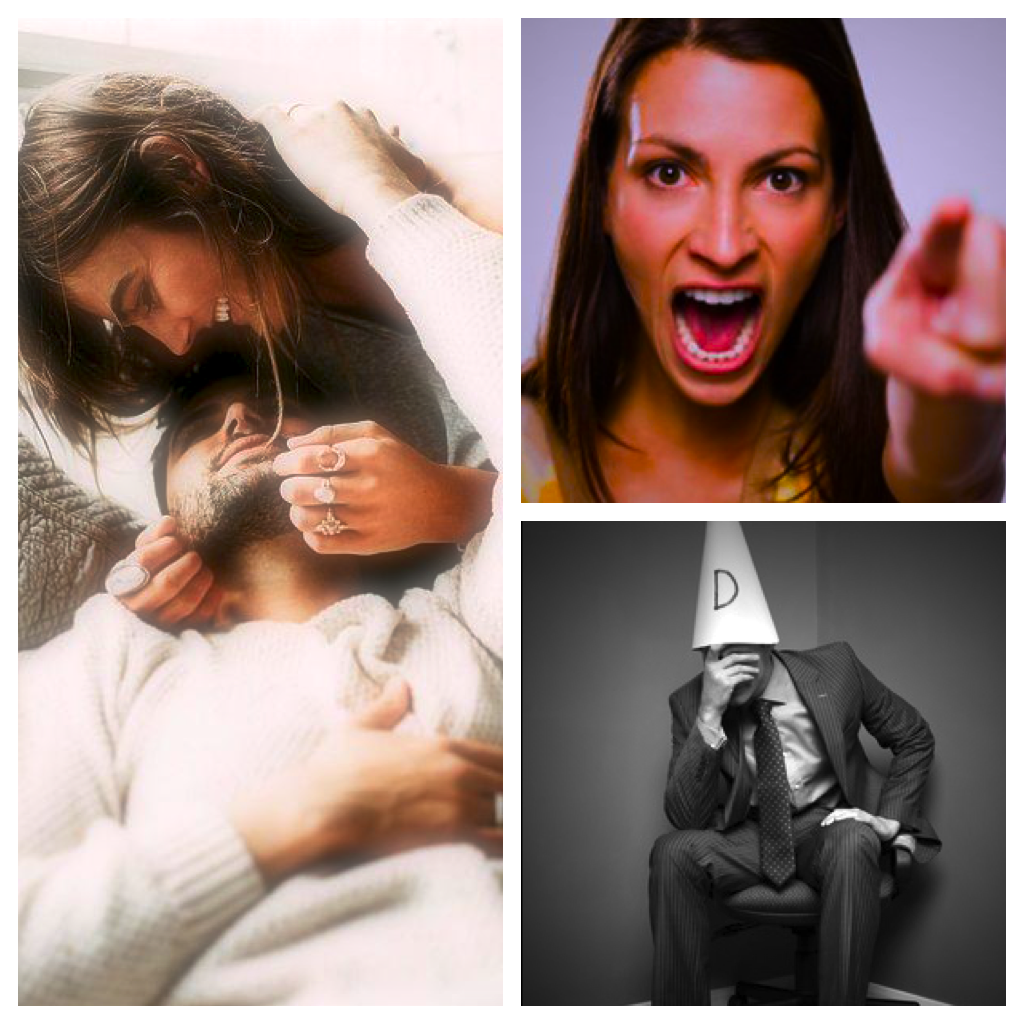 When this happens, a man is going to pull back. You won’t be his focus anymore because he’ll feel a bit betrayed.

Some women explain a man’s behavior as him “holding back” his feelings. This is only true when he feels he has a legitimate REASON to not pursue.

Which really means that he doesn’t feel enough for you yet!

If a guy is genuinely attracted and interested in you, he will make you a priority.

If he’s not into you, he’ll keep pushing you away. Men don’t run around in a tug-of-war over their emotions. Men don’t hold back if we’re really into you.

It does NOT happen…!

So stop using that as an excuse. As in: “He’s just so confused and he loves me so much that he can’t find a way to act on it…”

That is not how men work.

He will WANT to move forward no matter what.

When a man feels his obsession switch has been flipped, he will do anything to have you.

Go find out how to stop his lies and distance HERE…