How To Flirt With A Guy Texting

Flirting with a guy is tough enough, but most women want specific tips on how to flirt with a guy texting. 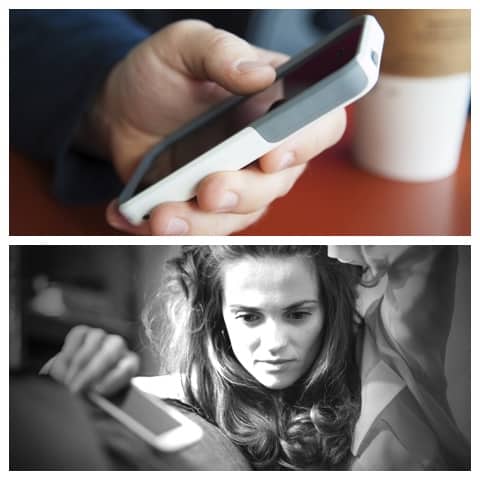 How do you even start…?

Texting a guy adds a whole new layer of complication – but it also simplifies things a lot, too.

Think about it: When you text, it’s like you get to say anything you want, and you know your whole message will be received at the other end. No interruptions or misunderstandings…

When you text a guy, you get to plan what you say – and say it right.

When you text him, you can say things you might not have the guts to say in person to him. Which leaves a lot of room to be suggestive and send sexy texts that get him interested.

Before I dig into these flirting texting tips for you –

Always remember these tips when texting and flirting with men:

TIP 1: Guys are awkward as heck in text…

It’s true. Men aren’t all that savvy when it comes to sending texts to women.

We’re not even all that good sending texts to ANYONE, really.

It’s not incompetence, mind you. It’s really that guys just don’t use text to talk. We just use texting to share information and coordinate things.

Guys also use texting for:

So keep in mind that his responses to casual conversation in text might seem short and almost unfriendly. You just have to know where he’s coming from.

When in doubt, you have to lean towards being more shy than forward when texting guys. 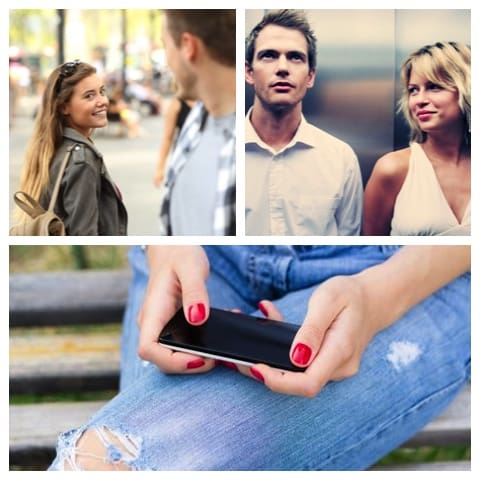 How do you grab his attention…?

Now, this is where a great many women are confused.

…making a pretense of shyness or modesty that is intended to be alluring.

It does NOT mean: Be difficult, hard to understand, or weird.

Sometimes this is not clearly understood by women who didn’t get good advice from their moms. (I’m just calling the truth here…)

TIP 3: When In Doubt, SCRAMBLE…

A good friend of mine has this technique he calls “the scrambler.” It’s something he teaches men who are trying to be more attractive to the opposite gender.

He tells guys they shouldn’t be so predictable when they talk to women. The same advice works for women, too.

This roughly equates to a “pattern interrupt.”

A pattern interrupt simply means to throw something into your conversation that’s completely unexpected. And usually unrelated to what you’re talking about. 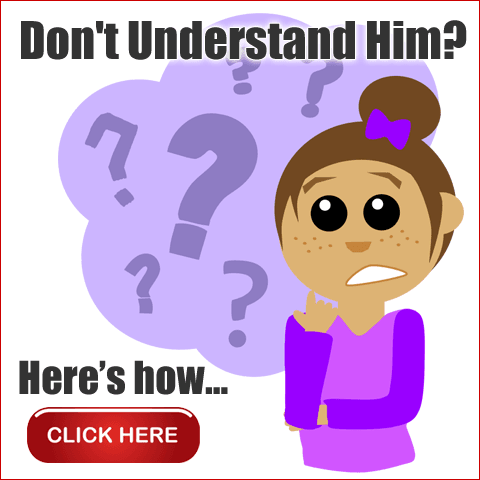 For example, if I’m talking to my friend about where to go for lunch, and I suddenly blurt out: “Nice car!” because I see a Ferrari pass by, that’s a pattern interrupt.

It scrambles the other person’s circuits for a second as they try to figure out the context of what I just said.

The same thing can work for you in texts as well. Don’t use this technique too much, or you could just wind up seeming a bit weird.

But when he says something to you that throws you off, or you feel an emotional reaction coming on, a pattern interrupt is a great way to distract him.

If he says something in a text that you don’t know how to respond to, throw something back at him out of left field. It will buy you some time until you can call a girlfriend and get some interpretation.

When a guy sends you a text you don’t know how to interpret, the best response is not to interpret it AT ALL. 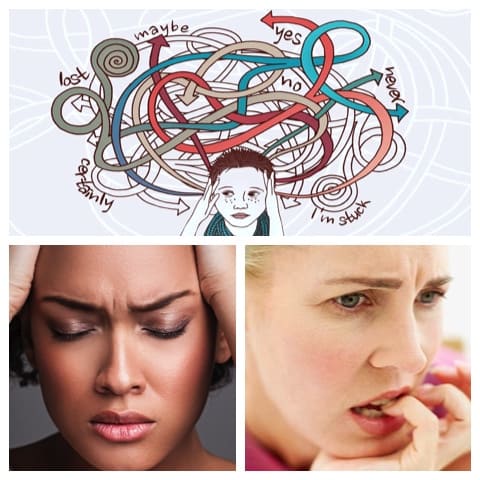 Did you say the right thing!?

I can’t begin to tell you how many women ask me: “What did he mean by THIS?” and shoving their phone in my face.

I could go on and on with this list. The essence of it is that you are far more likely to misinterpret something he says than to get the real “meaning” of it.

Don’t fall into that over-analysis trap!

It happens all the time, and it can lead you to text him something WTF to him.

When in doubt, don’t even respond. No matter how much you feel you have to! There’s no urgency.

And giving him a big 16 ounce can of SILENCE never hurts your standing with him. If anything it will just make him more fascinated with you.

How To Flirt With A Guy Texting

Something I should mention before we get started here is that the same strategies for texting work for almost any chat method – like Facebook messenger, or even short emails. Most of the principles are exactly the same.

So don’t think you can ONLY use these tips for phone-to-phone messaging.

If you’ve ever waited on your bag of popcorn in the microwave, you’ve probably gotten down to the end where you want to A) maximize that buttery goodness, and B) avoid burning the popcorn. So you listen for the popcorn to slow down and stop.

Of course, there are always more popcorn kernels to pop if you wait. But you can’t predict if or when there are more to pop! 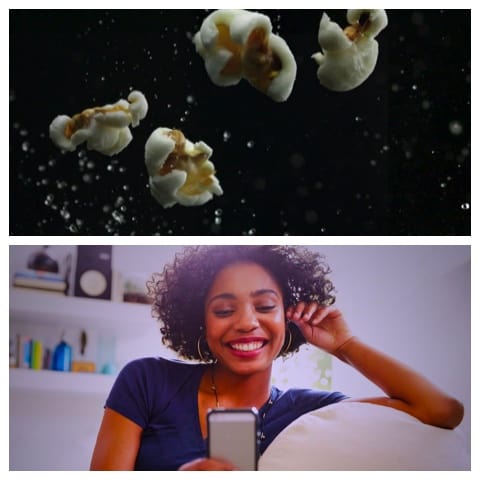 it’s all in the timing…

The same thing should be true for your texting. You want to surprise him a little with the timing.

The point here is a certain level of unpredictability. You don’t want him to think he can predict when you will text him.

The less he can guess, the better it will be for you, because you’ll always stand out as a surprise to him.

In baseball, a pitcher will try different kind of pitches and different speeds to throw off the guy who is at bat.

When you text a guy, you want to switch up your pitchers to make it difficult for him to predict as well. By “pitcher” I mean your texting style. The kinds of texts you’re throwing at him. 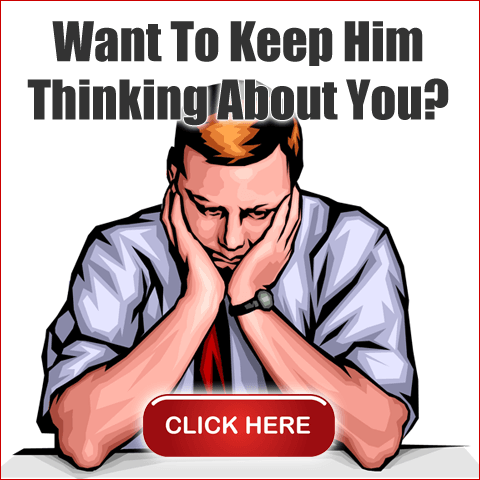 If you just found yourself wondering if this tip also makes you unpredictable, you’re getting the point! You don’t want a man to think he’s got you “figured out.” Early on in dating, you want him to be as curious about you as possible.

Another part of texting that is important is that texting is a perfect way for you to test the waters with him and find out if he has any interest in you.

Let’s say that you’re texting someone you met at a party. What you can do is send a text that is leading but not direct. Maybe something like:

“Hey, you showed up in a dream last night…”

This way you test him to see if he might be interested, and you still give yourself an out. You’re not risking too much here.

Secret Tip #4: STOP Being Yourself…

I know the constant advice on the internet and in books is that you should always be yourself.

After a while of hearing this, you might start to wonder about it, though. I mean, what does “being yourself” actually mean? 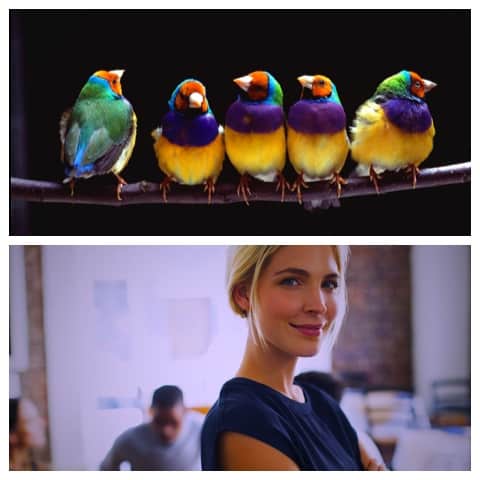 The truth is that every person behaves differently in different situations. Most often because of the people we’re around.

When I ask people who they REALLY are on the inside, I get a wide variety of answers. And the deeper you go, the more you discover about who you REALLY are – and who you really AREN’T!

“Be Yourself. Everyone else is already taken.”

So – yes, you want to be as genuine (i.e., not fake) as you can be. But you also don’t want to get hung up on this idea that you need to always be super truthful, or whatever personality trait you think is “you.”

We aren’t just one thing to everyone. We are like a committee of people that can step up and adopt a role when it’s needed.

So sometimes it suits you to be a different version of you. Especially when you’re dating. Step outside your usual boundaries of behavior every so often. It’s not being fake or pretentious.

In fact, it shows that your personality has different facets – which makes you a much more interesting person.

The beauty of texting these days is that there are a lot of ways to do it. 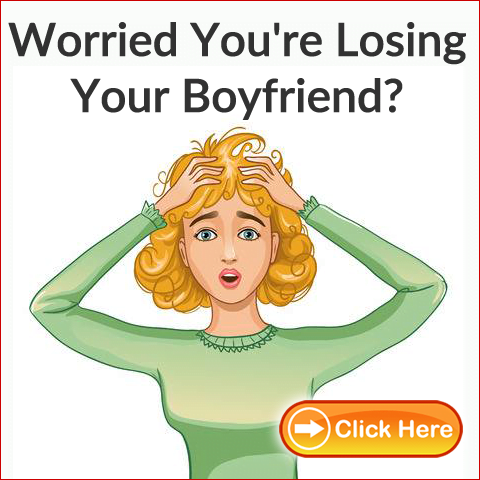 What you can do is to find out if this guy is using any other services for messaging, and then use that as a way to communicate with him.

Now this might sound “technical” at first, but most of these apps are very simple to install and use. And most of them will also look at your phone contacts and tell you who is already on the service that you can connect with.

By creating a special “channel” for you two to message on, you’ll have your own special space for communication that will feel different to him.

The key here is that you must make sure he uses it regularly, and that he is notified when messages come through on that app. You don’t want him missing those all-important sexy texts you send, do you?

One of the things I ask women in my seminars and coaching is if they feel 2D or 3D.

Like when you go to the movies, you can watch a normal movie, which is “2D” or 2 dimensional. Flat on the screen, but still feels real.

Or you can go see some movies that are in 3D – when you have to wear special glasses that make the characters and action pop off the screen. 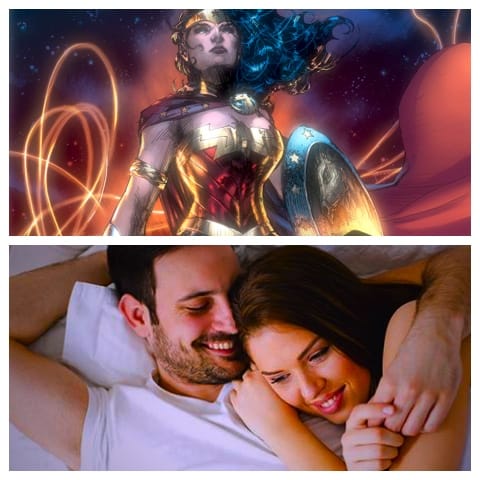 Fantasy or reality? Which is better…

Yes, you’re hearing it here: Men NEED that intellectual connection if they’re going to choose you as a long-term partner in life.

Because a guy knows that he doesn’t just want sex – he wants the whole package. He wants a woman that will keep him engaged and connected over the years ahead.

So whenever possible, you want to show him you’re a full 3D woman – even in your texting!

Send texts that show him who you are and what you like in life – and the more diverse, the better. Weird hobbies, interesting exercises, all this makes you much more 3D.

Women don’t always realize how starved men are for genuine compliments. Even better is if we can get a real compliment that touches our heart.

You see, women live in a slightly different version of the world than men do.

A woman is often held to a very explicit and understood role when it comes to how she has to interact with other women – and the world. She’s expected to be “nice,” gentle, nurturing, agreeable, and accommodating – among other things.

Yes, even if these expectations are stereotypes, and many are not even fair – women are still held to a different standard of behavior. 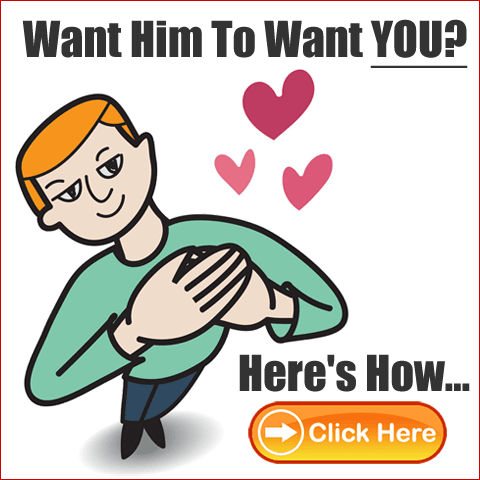 So for women, they may send out a lot of compliments to other women about their clothes, or things that are happening in their lives.

Now, a lot of women tell me they sometimes question how sincere the other women are. But there are still those expectations placed on you. To be polite and approving of other women to their face.

When do guys get compliments?

Typically never. Unless it’s from his mom. (Now you know why guys are so attached to mom, besides the obvious.)

Men are starved for genuine compliments. We eat it up when we get them.

In fact, what many women assume is a “big ego” is really more likely a cry for help. He wants to be appreciated and recognized, but there are few people that do this in a man’s life. And definitely